Several of the suggested edits have been rejected. I cannot correct the description of the beast tag as I have been locked out of editing. See this rejected edit. The description was added much later than the tag was created which is how it came to be incorrect. 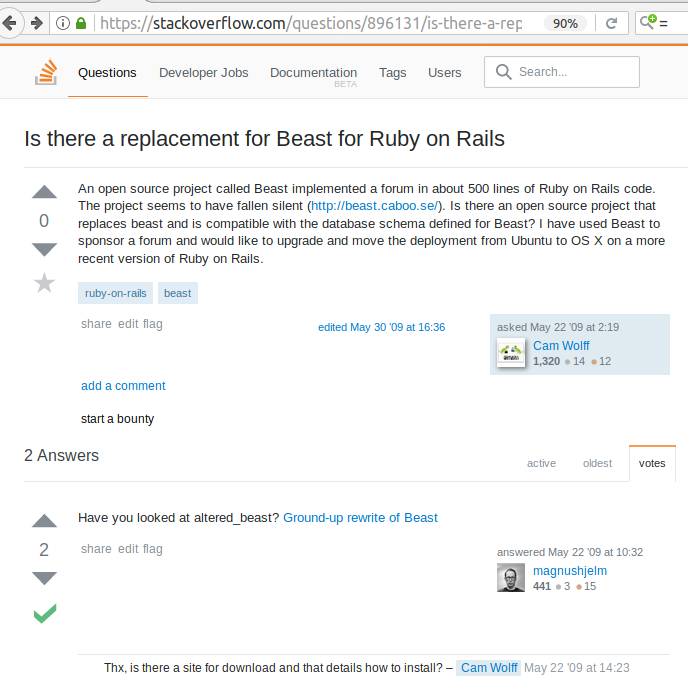 Neither the tag history nor the tag excerpt history back your initial belief or premise that this tag was primarily meant for Ruby. I won't deny the odd question here and there, but it seems like that use was usurped and then codified by someone adding that tag usage and description for it.

Since it seems like most of the questions in the beast tag are meant for the BEAST attack anyway, the path of least resistance would be:

Creating a meta post would've been the better thing to do, as reviewing changes to tags or making tag-only changes can be finicky.

1
When exactly are tags created?
27
Merging SSL/TLS and related tags
31
A moan about [koans]
33
What to do about a user trying to change the meaning of the SRS tag?
51
Raisin awareness: need to squash [grape], which jams together unrelated flavors: Groovy and Ruby
1
What is the difference between [locale] and [localization]?