Custom flagged a question for excessive comments, answered based on comments

I custom flagged this question for excessive comments, where it was very hard to make the OP understand why we asked for more information about his question and why he would have been down-voted (from which I also down-voted)

During the discussions, the OP got a bit carried away and made a huge edit on his post, which doesn't clarify the question one bit.

In the comments however, he did make clear eventually what he really wanted, or at least enough for me to give an answer.

After the custom flag, I was wondering if it would not be better that I edit his entire question in so far that it would make sense for the answer, and that it can be found easily enough by other users (the OP didn't really know how to formulate his question). Also, to remove the rather drastic tone the user put on his question itself

I know I can edit the question in a way that other people would also understand what his question was about (without reading through the soon to be removed comments). I am just wondering if that would be beneficial for future readers.

I also asked the OP in question if it would be ok that I edit his question so it would be more clear how to ask questions in the future.

In the mean time, I took the liberty of editing the question so it becomes more clear.

The changes I did were the following 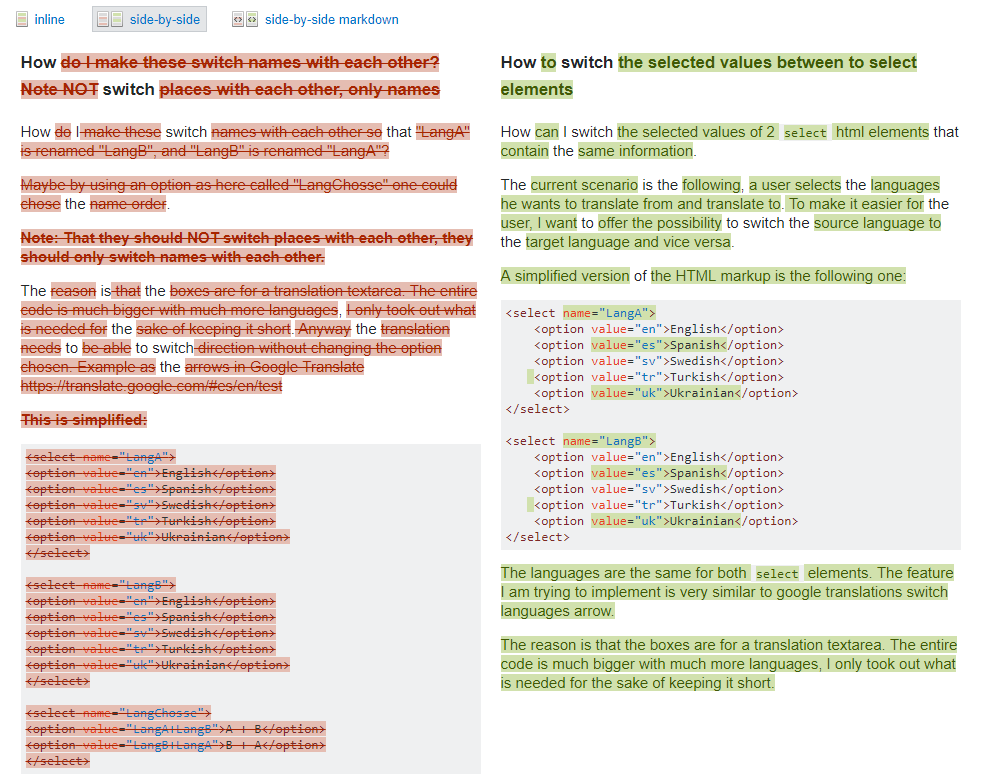 The transcript of the comments (there are a few more though) 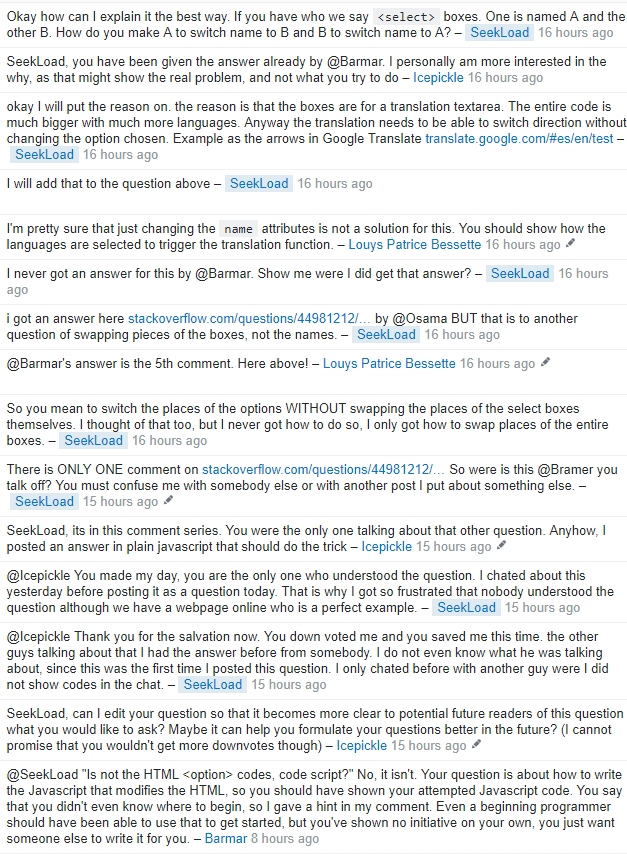 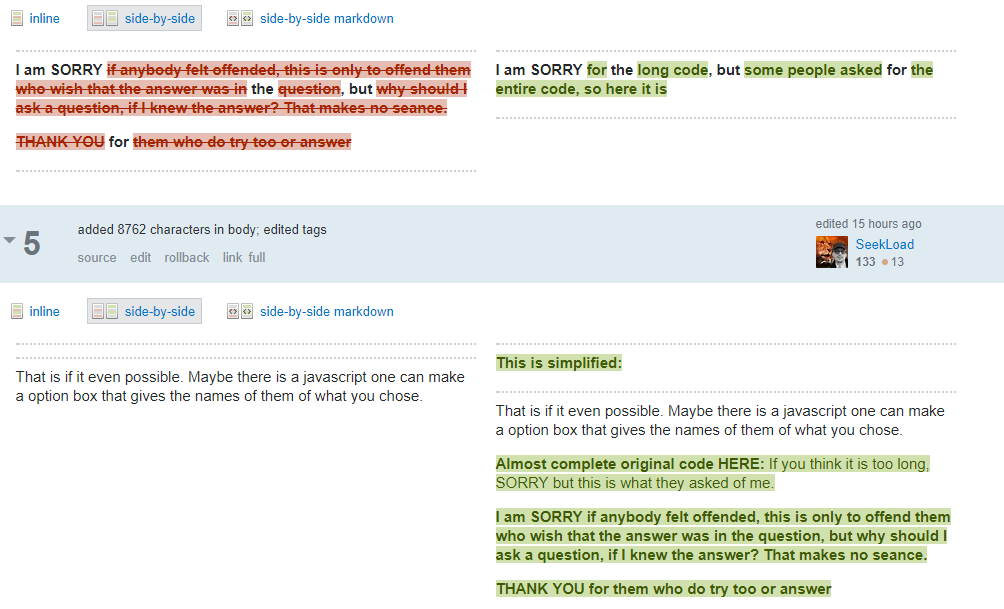 As suggested by S.L.Barth, my question is, did I do the right thing in editing the question that extensively? I asked the OP if I could, but when he didn't answer, I thought it would be beneficial for the post in question.

The second question, are the comments on the original question to much? I personally don't want to read through them if I would read a question, and I had the feeling that the OP didn't understand why we were asking more. They don't bring to much extra to the question itself either. So, was it alright for me to custom flag them on the question itself?