Failed Audit: where is the risk or spam in this question, its text or its comments itself?

After reviewing carefully the question text and the visible comments.

I don't see clearly where is the risk or intention to spam.

It does not even include a link or the most minimum attempt that suggests download any risky content. Neither it is offering any particular promotion for something else.

In a given case, this particular situation, presented here, can even be considered an interesting use case, since any product can mark the result of your compilation dll or exe as a Trojan, because of whatever mechanism is used to determinate it. Or simply because of any other combination of factors (file name, path, combination of instructions). 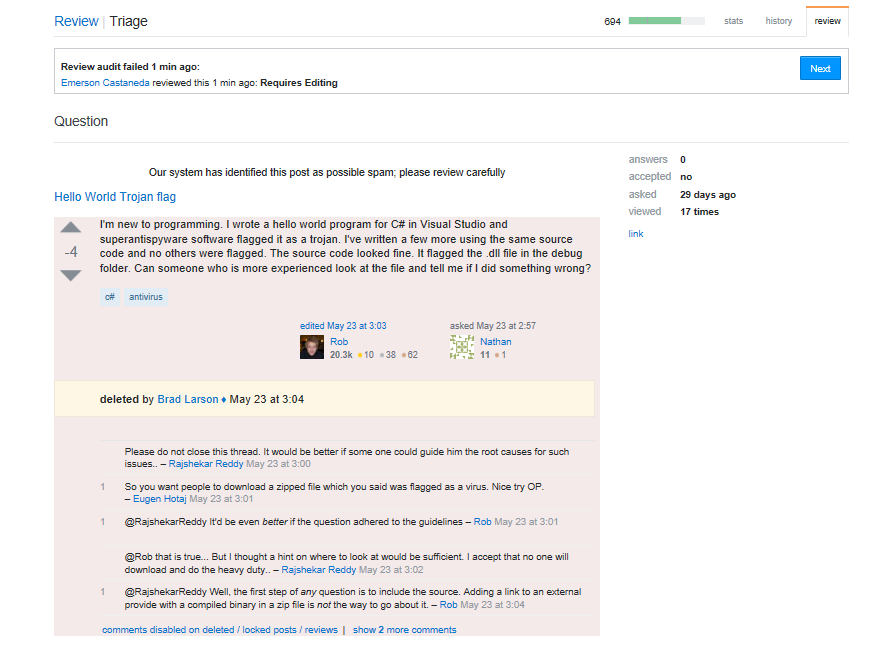 Here you have an simple comparative analysis 4 similar questions, so if the previous one is unsalvageable and widely off-topic, then these should be evaluated.

As expressed by moderators and down voters "You should have flagged the question for closure accordingly".

Questions 3 and 4 are really elaborate, while 1 and 2 are pretty similar in length and approach. 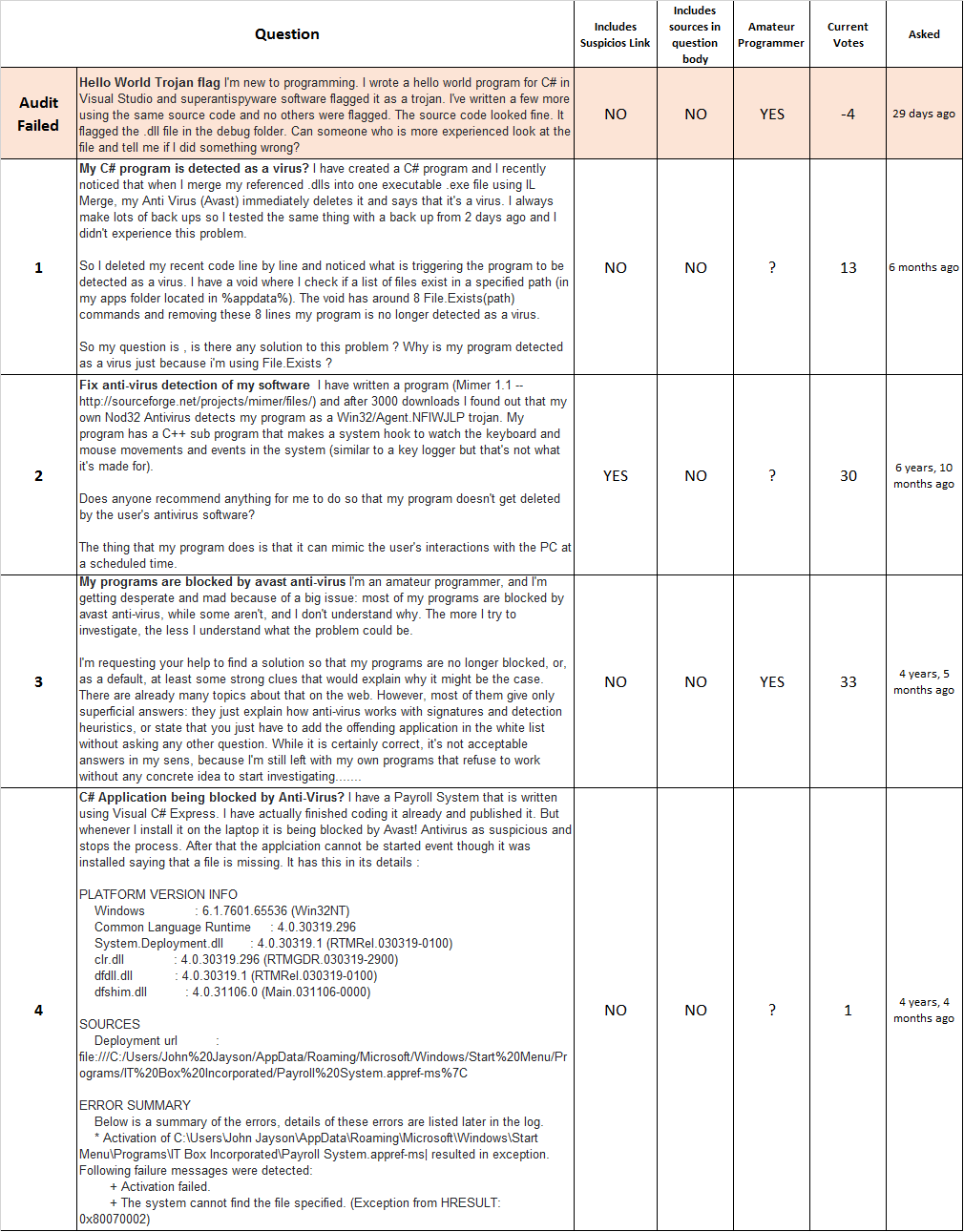 I don't see clearly where is the risk or intention to spam.

The post, as it sits, is simply unsalvageable, not because it's spam, but because it's way too broad, and completely lacking in sufficient information to provide an answer. You should have flagged the question for closure accordingly.

The question had a spam flag on it at the time that I deleted it, which is why it ended up as an audit. The "possible spam" warning can be caused by a number of factors, including heuristics that throw false positives, so I would only use that as a notice that this is a post that might require closer review.

As for why I didn't decline or clear the spam flag before I deleted that post, this is how it looked before someone edited it:

They're asking the community to download a random file from a download site that may or may not be infected with a virus. That looked super sketchy to me (we've seen people try to spread trojans via questions like this), so I validated the spam flag and deleted the post.

As others have indicated, I wasn't worried about this appearing as an audit, because it was an unsalvageable question. There's no way the community could edit that into shape, so choosing "looks OK" or "requires editing" are proper failure states for this audit.

Not the answer you're looking for? Browse other questions tagged discussion disputed-review-audits spam .

8
Failed an audit, why is this spam?
14
Failed audit: question needs editing
15
I failed a review audit for a “spam” false positive
7
Failed audit because of its answer
7
Review Audit failed - is this really unclear?
6
Failed Reopen audit — Why is this unclear?