Topic requests do not appear in dashboard [closed]

Ask Question
Asked 5 years ago
Modified 5 years ago
Viewed 70 times
2
Closed. This question is off-topic. It is not currently accepting answers.

Topic requests are no longer appearing in the dashboard

This is the dashboard summary section 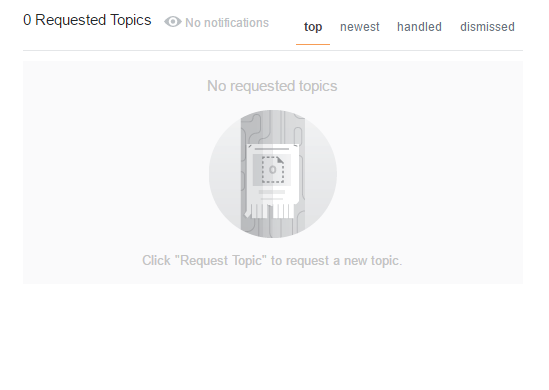 This is the requested topics tab in the dashboard

Yet in the topic listing it shows there are requests waiting and clicking on the Requests tab there shows that there are actually two topic requests: 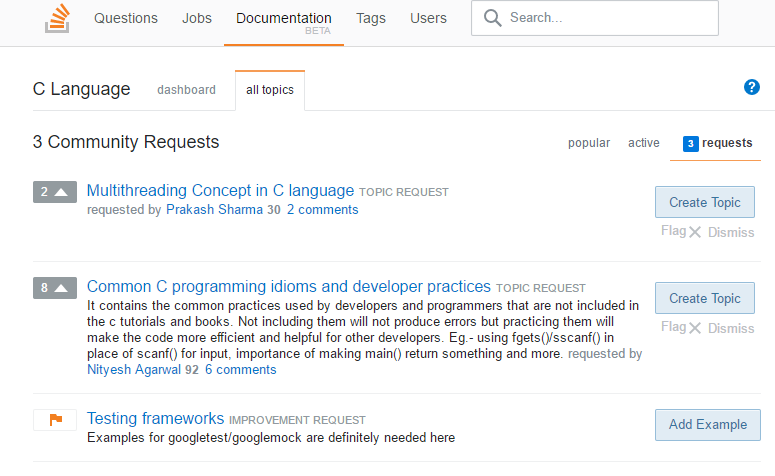 PS: Just noted that the Improvement requests don't match up here eitther. There are 6 shown in the dashboard but only one of those shows in the topic listing Requests tab

Thanks for the report! Turns out, this is actually not even a caching problem. There are a few differences in how the dashboard and the Requests tab (in the topic list) behave:

Why? I don't rightly know, to be honest. It all probably made sense at some point. :)

I'll make sure we revisit this behaviour as we work through restructuring Documentation from the ground up or even sooner if possible. I'm personally not a big fan of just hiding things and would rather have some consistency across views (even if we grey out things you already acted on or something).

Still, for the moment I'd call this "confusing, but by design". We discussed this internally and decided that it's something we'll address as part of larger design changes later on.

Not the answer you're looking for? Browse other questions tagged bug status-bydesign documentation .

269
Tearing Down the Structure of Documentation