How am I supposed to use a standard flag when Stack Overflow won't let me?

Nearly four weeks ago I flagged a post as being off-topic/low-quality because it's quite literally a copy-paste of an error message and no effort is shown to understand the error message whatsoever. However, it "aged away", so now I can't report it again: 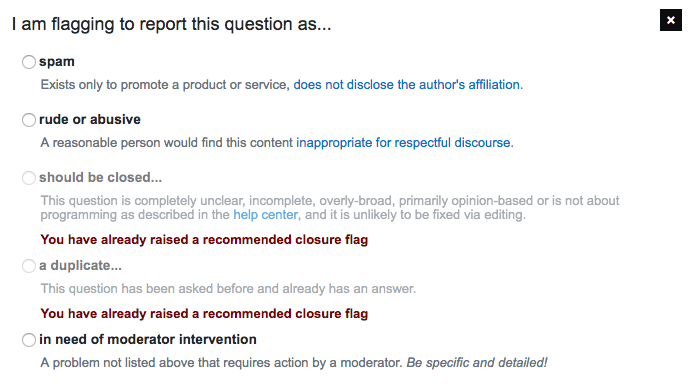 So, instead my only option was to select "in need of moderator intervention", explain the issue, and I even stated that I couldn't raise a standard flag. And yet, it was declined, and I was told to use a standard flag!

3
Did I flag incorrectly?
4
Why was this specific NAA flag declined?
12
Re-flag orientation after flags aging away
37
Help understanding declined flags: link to sale, NAA, request to help commit a crime
48
Should I mod-flag duplicate answers for deletion, or not?
12
When should I use the custom moderator flag for off-topic questions?