Can you change the jobs advert to include more contextual information on the location, such as postcode?

In the job advert box, would it be possible to include more detail on the location? As an example, this was the job ads I saw this morning: 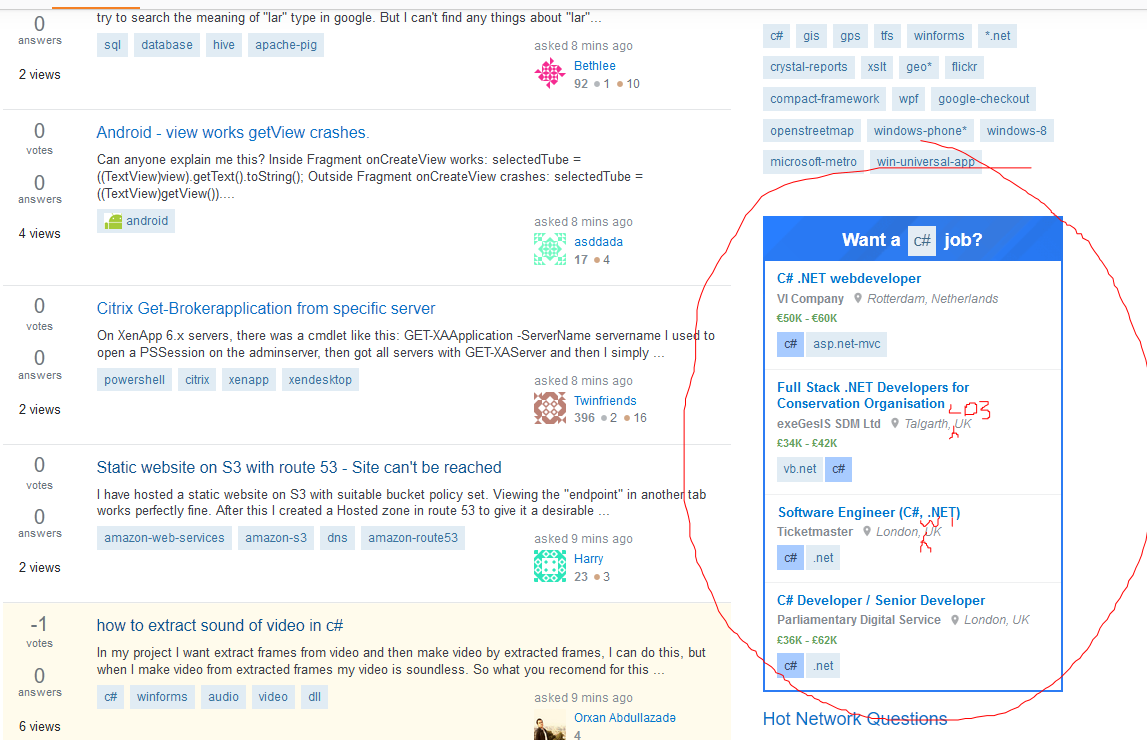 By showing this (partial) postal code information, this actually solves two problems - both dealing with unfamiliar place names are replaced by something that can quickly tell someone if the area is local to their area of interest, even if the place name isn't familiar; and also the fact that places like London are a massive beast, where someone in Reading might find Ealing (W5, London) commutable at about 40 minutes, but maybe not Canary Wharf (E14, London) - about an hour's commute in each direction.

Speaking for the ads team, we could show this information, if it were easily available to us. However, AFAIK, we don't extract it in any meaningful way for now. We have a freeform field for the job's address, which we then resolve to a city and country.

As a product issue, postcodes are meaningful in the UK, and with enough experience one can figure out the general area for it by inspecting the first digits. However, that's not the case everywhere. In some countries it's unusual to use a postcode rather than the exact address, while in others the postcodes are hard to parse by humans.

Perhaps it would be more useful to show something like "xx miles away from you", though we do strive to show geographically relevant ads, so you wouldn't see 1000 miles away from you that often, except when there's relocation or remote work involved.

16
Use location mentioned in profile for job adverts

4
Rebuild job type in jobs to include more options
20
Allow more than one location or wildcard in jobs match filter
81
Candidates on Careers coming from contract houses without the site telling me that
25
Will Jobs.SO include intern jobs in the future?
37
Jobs ad - should this link take me to the "6 more benefits"
18
Email about a job in my area is actually on the other side of an ocean
37
Are remote jobs salaries fixed regardless of the location?
6
Bug in Salary for Job Listing?