Is the reputation widget broken?

Earlier now there was a notification of reputation change. It was showing +6:

But when I opened it and saw it, it was +10 because of an upvote on one of my answers: 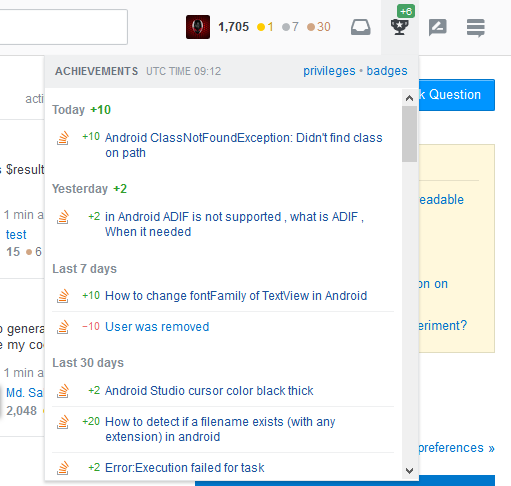 Is this a bug or did I missing something?

My reputation column in my profile:

The change shown is relative to the last time you clicked on the icon. You gained 6 points since you last did this.

Assuming you didn't downvote any answers (which would cost you 1 point but even moderators can't see in your history), then you probably last did this before April 13th. Since then you have had the following reputation changes (in chronological order):

Note that the widget only lights up when there is a positive result to report; until that last +10 change for the upvote changed the delta to a net positive, the widget would not have reported any changes in the icon. Furthermore, reputation changes for deleted posts are also not shown in the achievements dialog.

For further information (including how to enable showing reputation changes attributed to deleted posts), see Why did I gain/lose reputation? Can I audit my reputation history?