It is a fairly well-known albeit undocumented feature of SO chat that xkcd links one-box, and they even preserve the alt text. This is a great feature (which can't be said about one-boxing github gists).

Today's xkcd post revealed a minor encoding issue wherein an em dash in the alt text got mangled in the one-box: 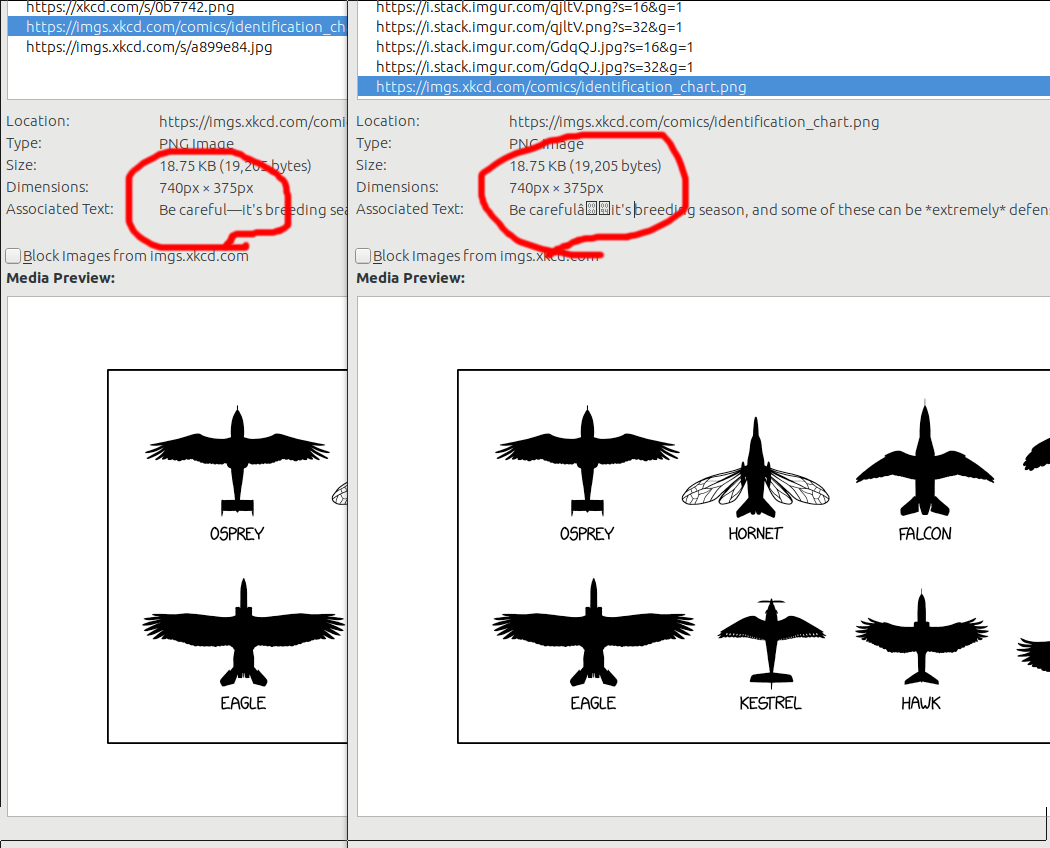 Since I know nothing about encodings this is all I figured out:

Both sites seem to have an encoding of UTF8. I'm using Firefox 45.8 on Debian.

I suspect that the Stack Exchange Chat one-boxing uses the XKCD JSON feed.

This is a known issue with the XKCD JSON feed, but I thought that it would have been fixed by now...

It appears that this is a UTF-8 / Latin1 mojibake. FWIW, it can be reversed in Python like this:

Not the answer you're looking for? Browse other questions tagged bug chat onebox .

39
Gist One-Box is too large