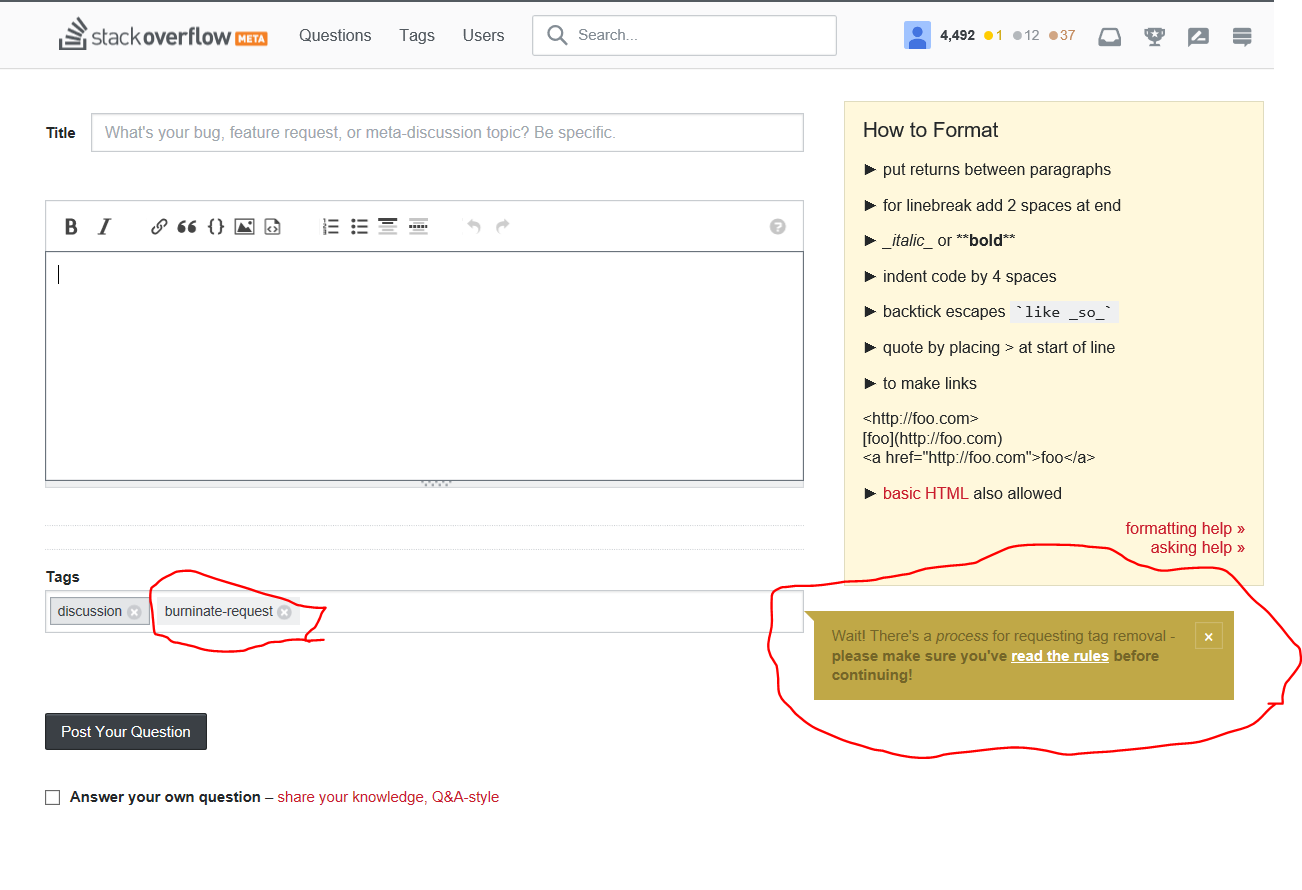 138
Reduce the number of votes required to close a question to 4
185
Watson wants to get rid of [ibm]
21
Why is the close queue so much more full than other queues?
33
How should we deal with people misusing the [Visual-Studio] and [Android-Studio] tags?
28
Misusage of [ibm]
15
What determines what tags will get a popup with usage guidance?
10
Stop users from tagging SSE and Server-Sent-Events in the same question, and warn for SSE + JS?
31
Close the OpenVPN tag (or, at least, clean it up)
-3
Measures to reduce misuse of python-3.x tag?
-7
Can some easily misinterpreted tags have a minimum reputation attached for use?
See more linked questions

9
Misuse of a tag: when new users aren't sure, and experienced users don't notice
59
Why are so many people abusing the IDE tags?
3
Split tags in environment and question tag - to prevent "do not use this tag for..."
46
Merge [visual-studio-2015-comm] into [visual-studio-2015]
33
How should we deal with people misusing the [Visual-Studio] and [Android-Studio] tags?
15
What determines what tags will get a popup with usage guidance?