Images can be an okay way to illustrate something, but I think it is widely agreed that the image should be only an enhancement. If it describes something the text does not, the question is badly done. This is true of probably all Stack Exchange sites, but especially here where copying code is a common way to help debug a problem.

I just came across a question that has no text whatsoever; it is just a picture. In addition, the user is under 10 reputation, so it's not even an embedded picture; it's a link. Could the SO bot spot these and refuse them with an alert message to the asker? 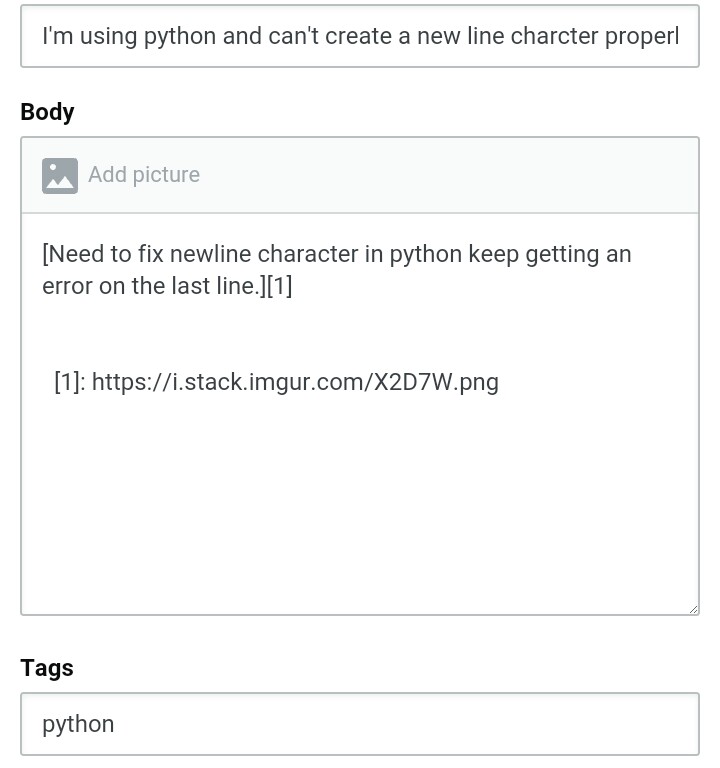 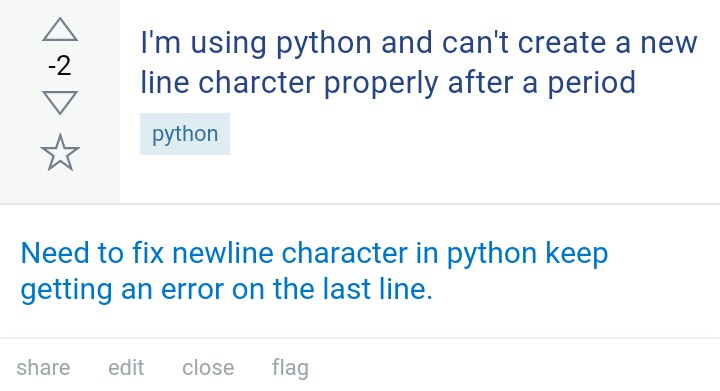 Unfortunately, even if we put in a filter to stop users from posting such image-only questions, they could trivially get around it just by adding a paragraph or two of blather about how they're new to programming and really need help and oh god their assignment is due tomorrow and lots of thanks in advance please help me make sense of this. And most would, because it's still easier for them than transcribing or summarizing the content of the image.

In fact, most "image-based questions" that I see on SO and other SE sites already do contain at least a few paragraphs of text — it's just that key parts of the actual question are included as a screenshot or, more often, a scan or a photo of an assignment sheet or a textbook page. (Here's a fairly typical example that I recently ran into while fixing broken images on security.SE. That one isn't even a particularly bad one — but still, without the text in the image, it would be completely unanswerable.)

I don't see any good way to automatically block such questions without also blocking an excessive number of false positives. Sure, SE probably could e.g. train an image classifier to detect images of scanned text, but sometimes people do legitimately need to include such images in questions.

The real solution would be to train regular users to downvote, close-vote and/or flag such questions as very low quality. And the first step towards doing that would probably be to get some text into the official help center pages clearly saying that such questions really are bad. Off the top of my head, I might suggest something like the following:

Posts should be self-contained as far as practically possible. Do not rely on links to external sites for content that could be included, quoted or paraphrased in the post itself. Do not use images of text (e.g. screenshots or scans of printed pages) for material that could instead be directly typed into the post; text in images cannot be easily searched for, and it can be hard or impossible to read for users with impaired vision. While carefully used links and images can enhance a post or provide information that cannot be conveyed by other means, posts that only consist of links or images are not considered useful, and may be downvoted, closed or even deleted.

I'm not sure which section that should go under; we don't seem to have any help center page specifically for proper use of images. Maybe we should? Or maybe some condensed version of that should just go under the general question / answer quality guidelines.

Not the answer you're looking for? Browse other questions tagged feature-request asking-questions images accessibility .

57
A way to reduce the number of questions with only images?

3
Default hide an image (or anything) in a question/answer
39
Guidance for providing image content descriptions
6
How to retrieve a question in which I only know an image posted in the question
69
If images are blocked for me, should I Skip or Delete image-only answers?