Can we take advantage of large viewports and make columns wider when reviewing suggested edits? [duplicate]

I'm trying to review a suggested edit, but I'm struggling to clearly understand what was changed, and one of the reasons is that the two columns are really narrow. The OP's code reaches 120 characters per line, but each column only displays 63 (roughly the half), which means there are horizontal scrollbars. I'm using a Full HD monitor, and it's really a shame that there's so much unused white space on the sides! Would it be possible to check the size of the viewport and, if there's enough space, to make the columns wider, filling all that white space? 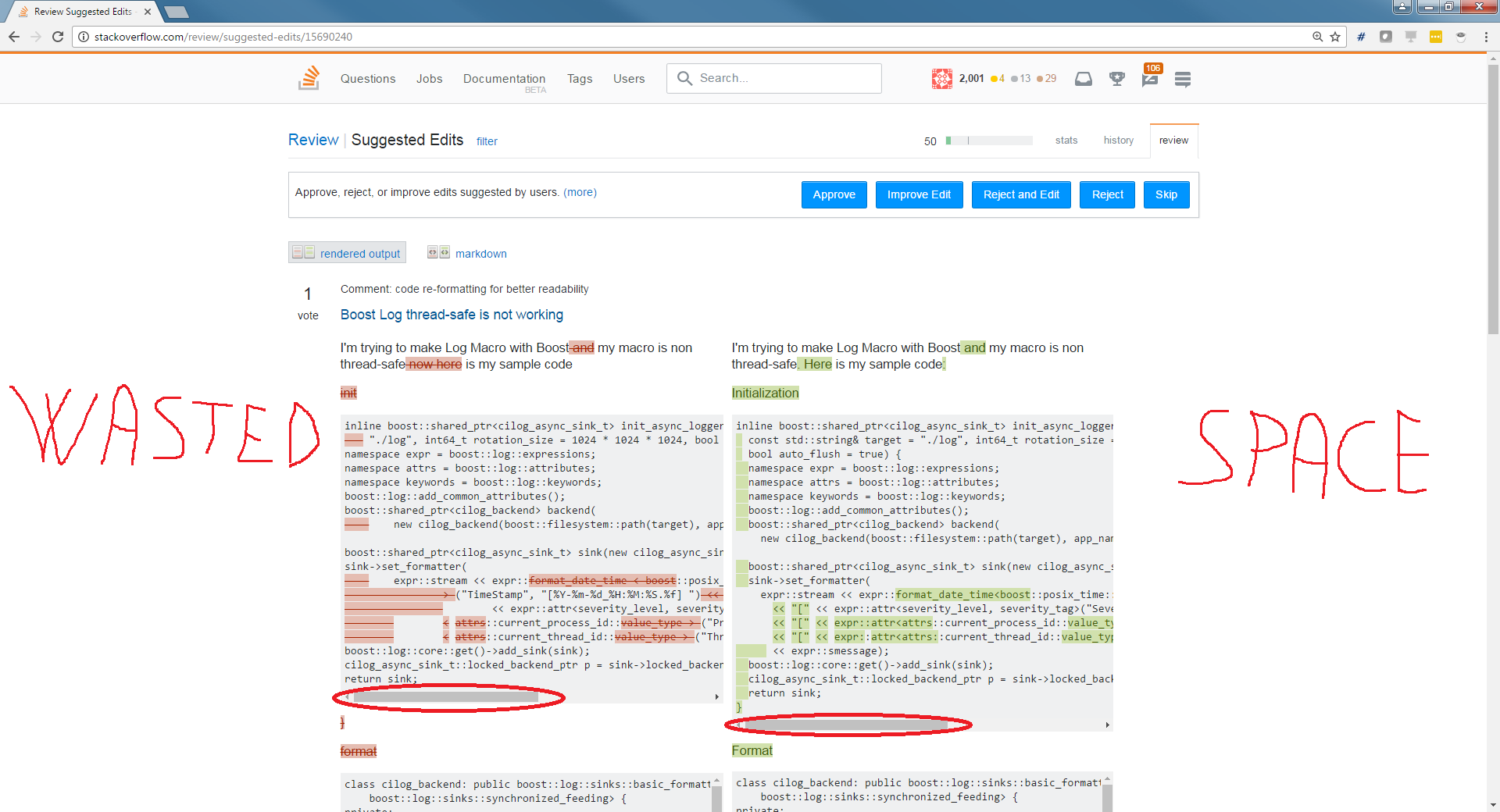 If I switch from "rendered output" to "markdown" view there are no scrollbars, but then the code wraps, which can be even worse. But even in that case there's a lot of unused space.

Is it possible to implement this?