What are the factors considered to choose Geographies for Stack Overflow Developer Survey Results?

In Stack Overflow's Developer Survey Result for 2017, a few of the results are released based on the geographies. For example:

What were the factors considered for choosing these geographies over other?

For example, India is one of the major contributor in terms of users on Stack Overflow. Geography based results in the survey proves that. (Isn't it the second largest circle in the map?). 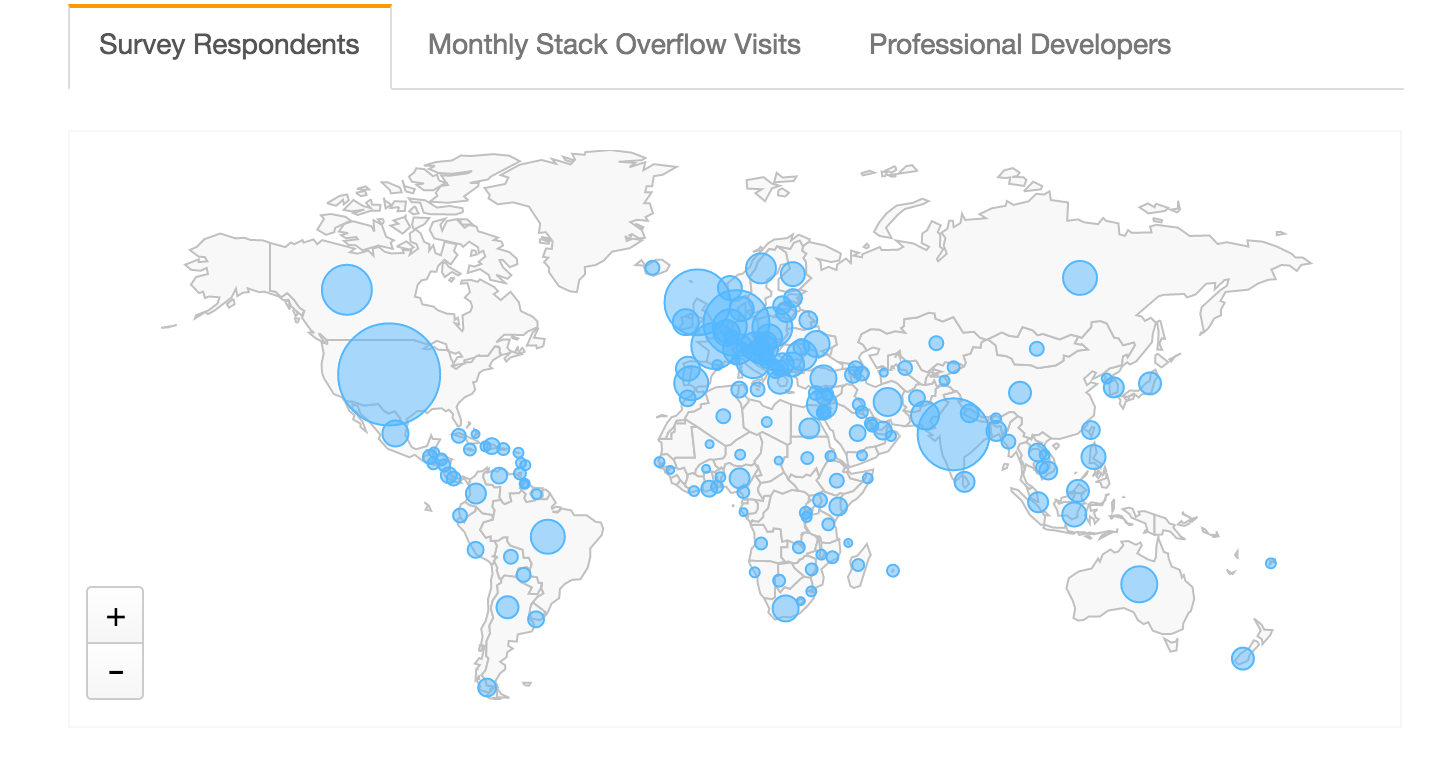 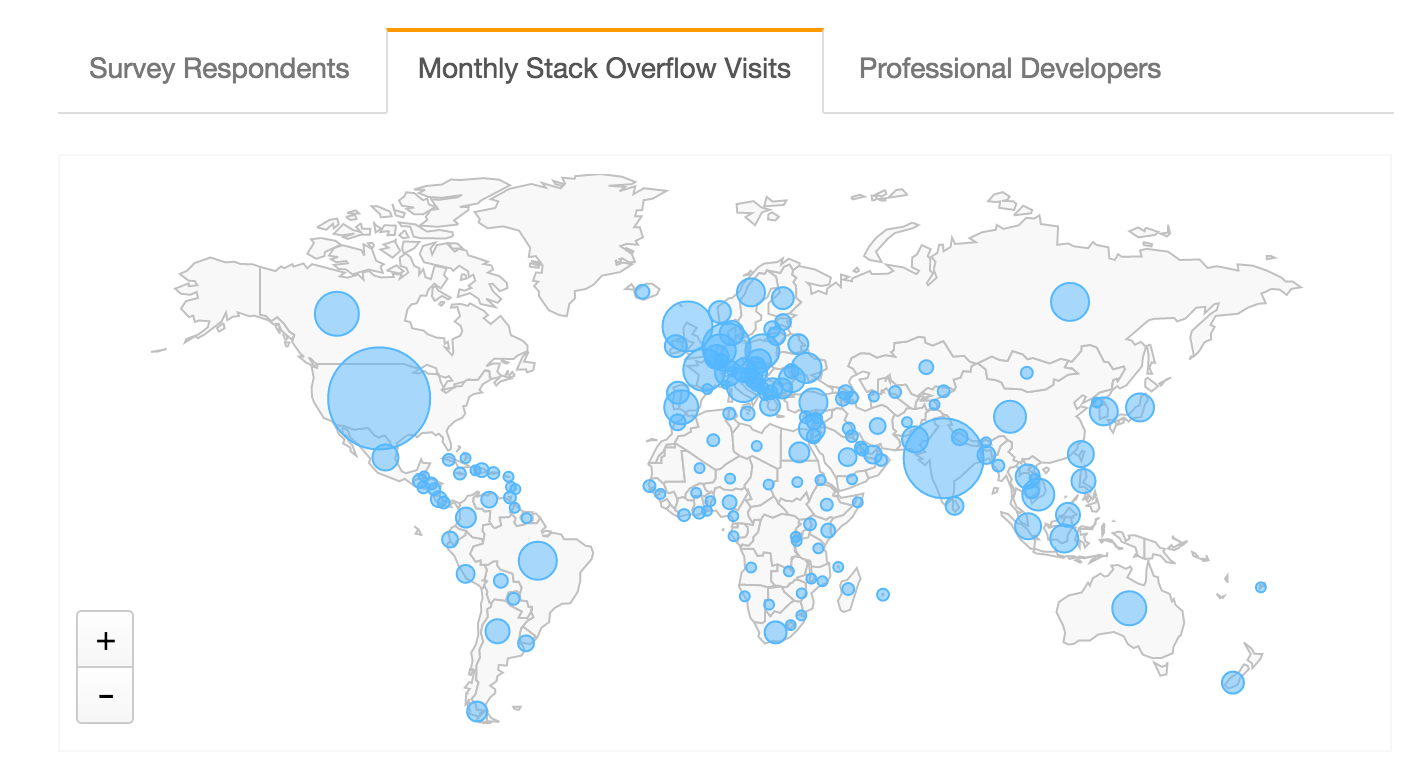 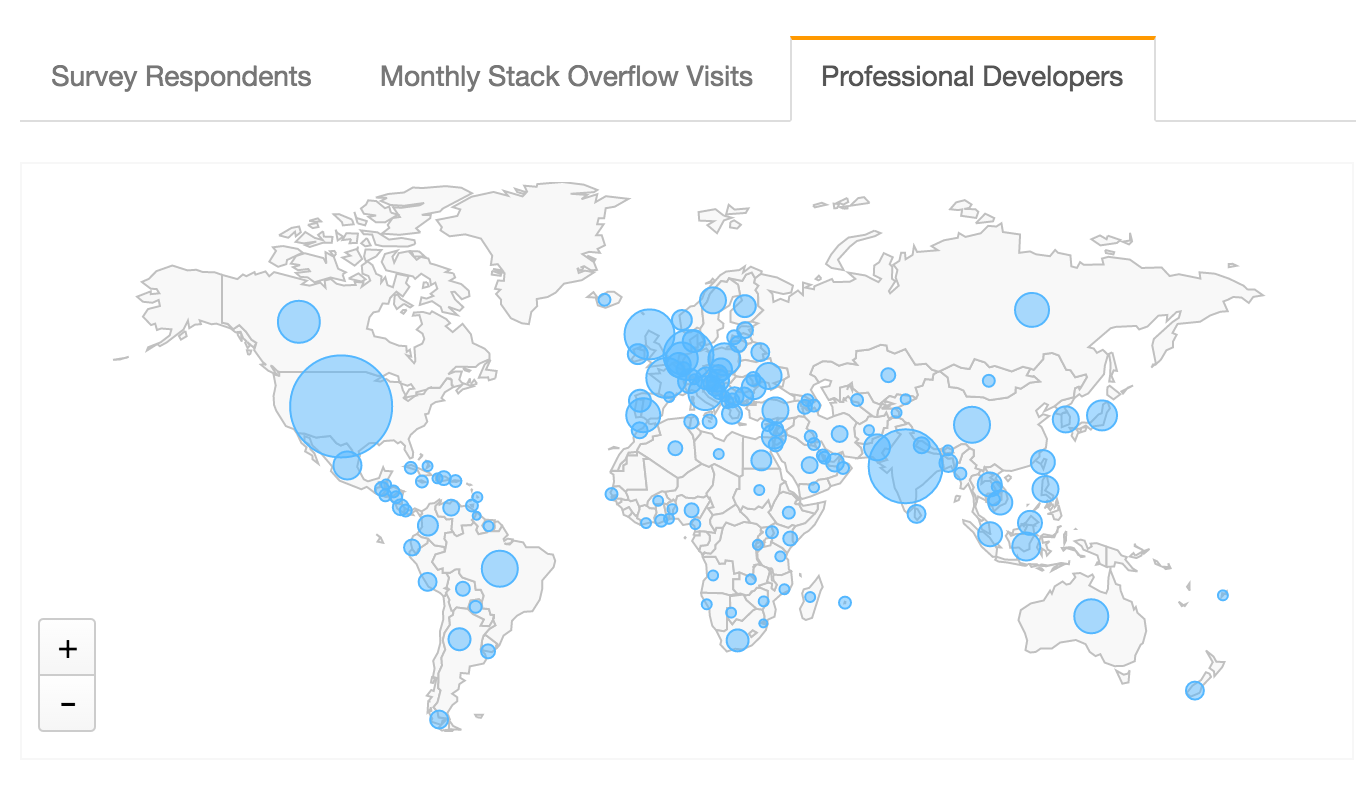 Result for top users based on location also shows India as one of the major contributor on Stack Overflow.

Then why Stack Overflow selected United States, Canada, United Kingdom, Germany, and France for Geography based results but not select India?

8
When will the 2017 Developer Survey Results Database be Available?