Why is "Meta" in the beginning of Meta SO when it is in the end of other Meta SE Communities?

I noticed that we have Meta Stack Overflow, the word Meta is on the begining of the name.

For other Meta SE Communities, the word Meta is at the end of their names. 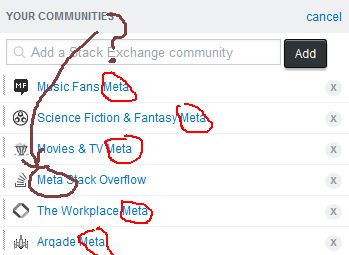 Is there a reason for naming this perticular Meta SE with the word "Meta" in the beginning?

So why is it Meta.SO and Meta.SE? Because of the URL. This is a subdomain of SO and people started calling it by its URL. Meta.SE inherited its name (and subdomain) from Meta.SO. But the new site metas became

And since those metas belong to the communities they serve, it makes sense to call them [site] Meta instead of Meta [site]. It also means you can sort the list alphabetically.

42
Streaming Stack Overflow
28
Is using meta communities as bug trackers optimal?
49
The Community vs Meta Community
162
Did Stack Exchange cut the number of negative comments nearly in half between the beginning of the fourth quarter of 2019 and January 21, 2020?
3
New blog entry in reference to Collectives gives the impression that the CEO may not have read Meta Stack Overflow in a while