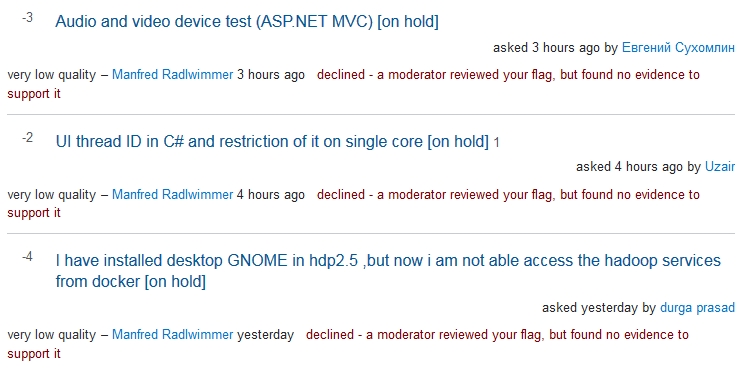 7
Another incorrect declined flags warning
4
Dispute on undisputably low quality question
2
Why were these custom flags declined?
151
Merge the "Not An Answer" and "Very Low Quality" flags into one
57
Fixing the disconnect between VLQ and Triage
6
Should code screenshots and unformatted posts be flagged Very Low Quality?
17
My flags keep getting declined