For quite some time now, the Undo Change button on Documentation edits has been broken.

At that point, I get this error:

Version is not valid in this context

This used to work, but lately it fails every time with this same error: 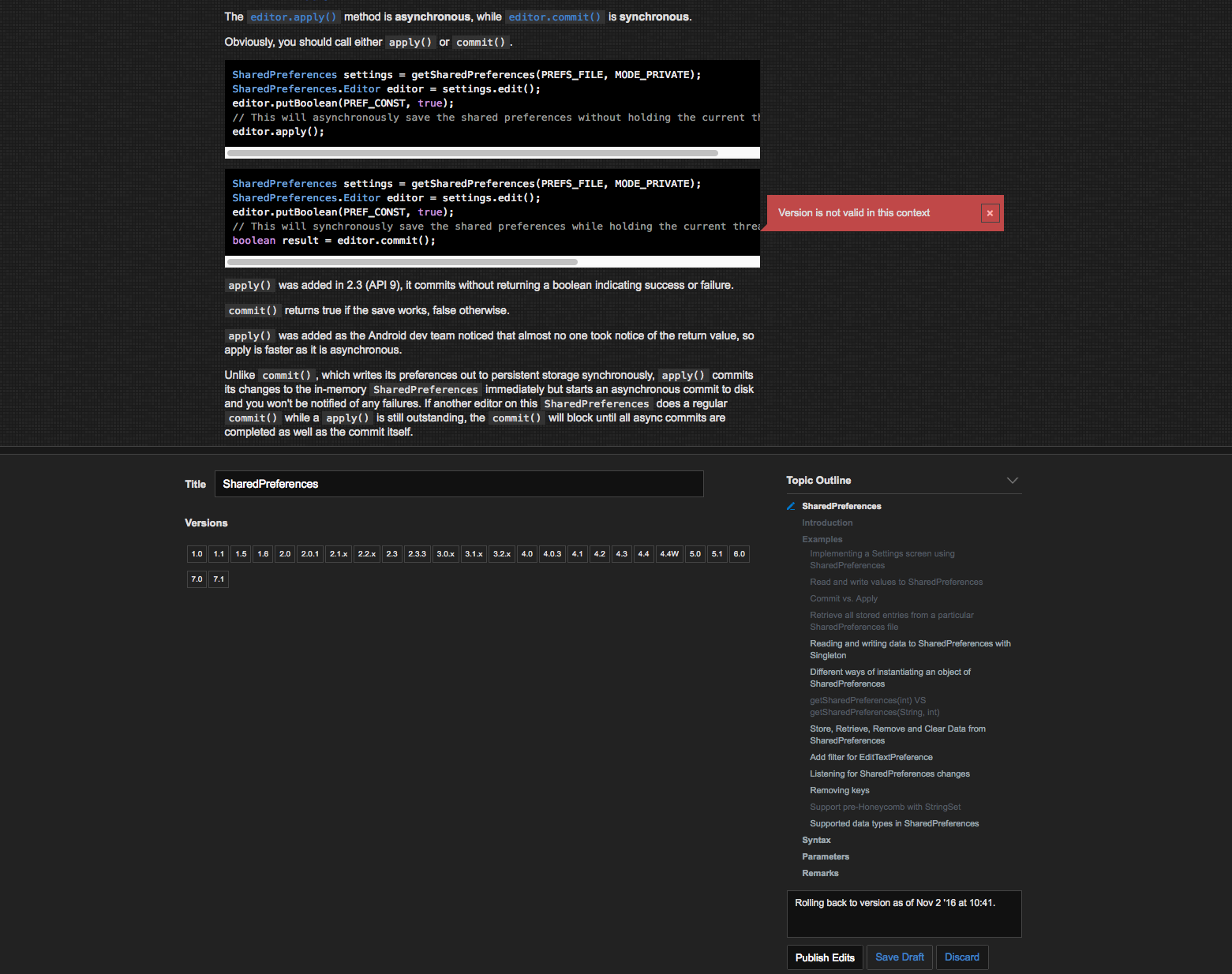 Thanks for the report! From my initial investigation... what seems to be happening is that the versions in the Android tag don't match the inline versions used in one (or more) of the examples.

I'll have to spend some more time digging into the underlying cause here - not sure at the moment if the versions were edited after that revision was created and we didn't clean up correctly or if we didn't validate the inline versions on example creation well enough or what.

I'd also expect the inline version to have custom formatting and it looks like that's failing as well due to the invalid version being specified, but it's failing silently and further obscuring the situation.

Not the answer you're looking for? Browse other questions tagged bug status-reproduced documentation .