Why are some reviews not visible in documentation review before the review is completed? [closed]

Ask Question
Asked 5 years, 5 months ago
Modified 5 years, 4 months ago
Viewed 93 times
4
Closed. This question is off-topic. It is not currently accepting answers.

As shown in the following screenshot, first p... approved this change, then z... rejected it and then I approved it:

However, the following screenshot shows that when I open the review, I can only see z...'s review and my own review, but not p...'s review:

A little bit later, the review was completed and then I could see all reviews on the change, including p...'s review: 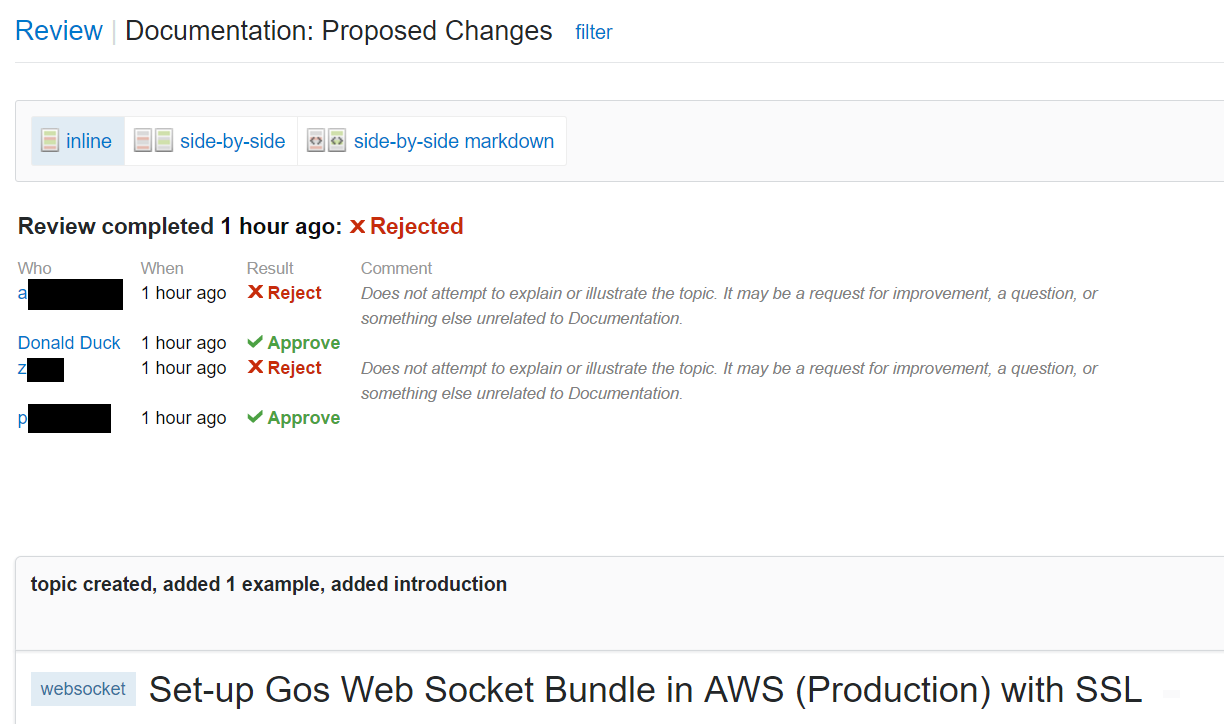 This is not the only example I've come across, there are many other similar cases. This just happened to be the example that I came across when I wanted to post this question.

Why could I see z...'s review before the review was completed, but could only see p...'s review after the review was completed? Is this a bug? Is it related to the users' reputation? Is it related to who approved it and who rejected it? Is there any other reason? If it's a bug, please fix it. If it's intentional, please explain why I can see some reviews but not others and the reason for why it's that way.

These two combined into a very weird rule that basically meant you could always see reject votes, and never see approve votes unless you were the one who cast the only approve vote.

Starting with the next build we will instead show all reject votes, and put a tooltip on the disabled approve or reject button if you've already reviewed.

Not the answer you're looking for? Browse other questions tagged bug status-completed documentation review proposed-changes .

56
Indicate that a Proposed Change has reject votes

13
Why was a suggested edit with 2 reject reviews approved?