What can we do to police abuse when moderators are unavailable?

This user, posted this question https://stackoverflow.com/questions/41888055/error-when-opening-up-a-new-swift-playground

The edit history (screenshot below) shows a timeframe of the history of abusive edits and the rollbacks/edits to remove the abuse. 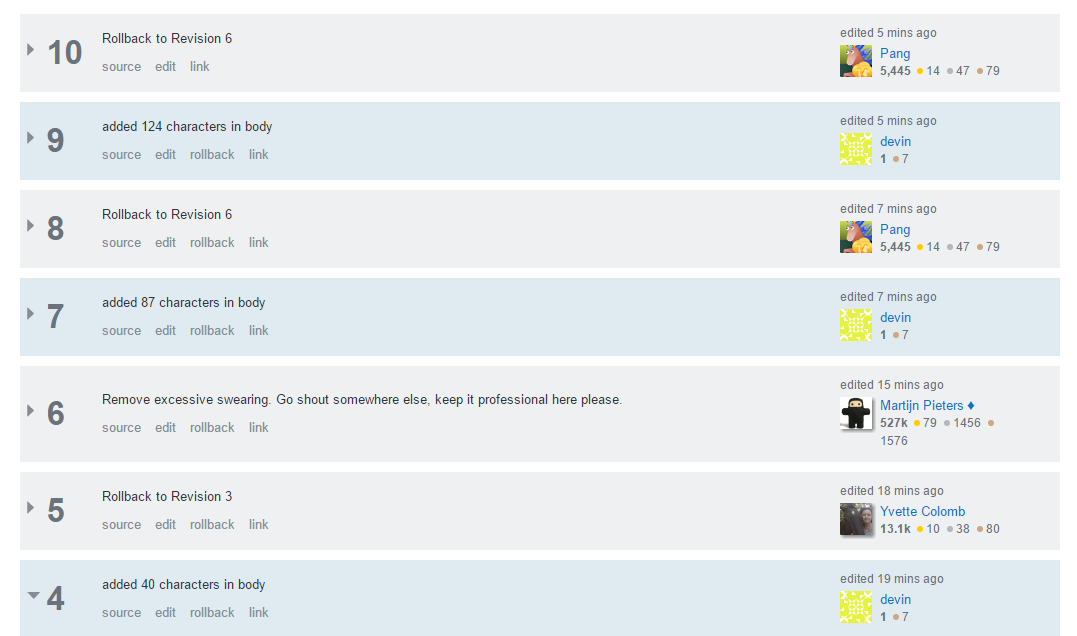 There were many comments that were flagged and deleted. What I'm not understanding is why is this account not put into some temporary suspension to stop this user from creating abusive edits and posting abusive comments?

Should we have some automatic flag trip that will temporarily suspend an account?

Conclusion: It took approx 28 minutes for the account to be put into a suspension. Too long imo, that user's need to stick around and raise flags for a rage attack.

The mods do a great job, but cannot be here 24/7 that's why I'm asking, is there a way we can stop this kind of nonsense sooner if there is no mod available?

Possibly a short automatic account suspension until a mod can review it?

There are automated systems in place already. They were working. Let me explain.

Early this morning (just before 07:00UTC), when I was getting ready to catch a train, I caught the first 'rude or abusive' flag (singular) on that post.

It wouldn't be the first time that an XCode update broke things for multiple people, so I was working on the assumption that there could be more cases like this, and looked if things could be salvaged. As it was clear the user was frustrated with software, and not yet people (the disparaging remarks about Apple and their employees notwhithstanding), I marked the flags as disputed (both in an attempt to clear the downvotes a little, in case the post would improve from here on out, and because the language could have been edited out by others too), cleaned up the language in the post, and send the user a mod message, warning about their behaviour. In most cases, this is enough, and user behaviour improves.

I checked for a few minutes afterwards but still had to attend personal matters such as actually getting to work. When I checked the queue a quarter of an hour or so later, the user had clearly gone off the rails again, and I suspended the account, deleted the post.

So what mechanism are in place when there is no moderator is there to handle this?

First of all, the downvotes on the post limited visibility. Quite quickly the post is removed from consideration for the homepage. Only people watching specific flags, or a chatroom fed by bots looking for such posts, will still see the activity.

Next, the 'rude' flags on the comments were taking care of the worst of the language there. I had cleared the first single 'rude' flag on the post, but some more flags were being cast in when the behaviour continued; if the number of flags on the post had reached 6, then the post would have been deleted, the user would have received a 100 point reputation penalty, the IP address would have been fed to the anti-spam system and the account blocked from posting more questions.

I do note that in the lifetime of the site, 28 minutes is really not very long at all. It only took so long because there was only one more rude flag on that post after I looked at it the first time. That's probably because the post was no longer being listed on the homepage, but it appears people were not all that offended by the user. Plus the edits the OP made were being rolled back quite expertly so not everyone would have seen the language.

I see no need for additional flags. Had I not stepped in, I'm sure the rude flag count would have quickly reached the required level to stop the user altogether.

Now, for future events, I urge people not to engage in a rollback war. One of the reasons so few rude flags were cast is that few people saw the behaviour. When you see such a user persist on editing, stop warring, flag the post, and move on to better posts. You did your job, you don't need to baby sit this one. More community members will step in to keep the flags coming and the post will be deleted.

'Should we have some automatic flag trip that will temporarily suspend an account?""

This has too much potential for abuse. If user A doesn't like user B, user A can get some of his friends to flag user B, getting user B suspended.

This wasn't "handled" faster because apparently no mods looked at the flags for that question, in those 19 minutes.

Considering the amount of activity on SO, and the amount of flags this must result in, I'm not too surprised the flags aren't handles instantaneously.

I don't think it'd be fair to expect <15 min response times from a team of volunteers. I also don't think there's a "faster" way to handle this.

Rollback wars already automatically get flagged. If it's really serious, you can also flag it with a custom flag.