Region names in English cause surprise

I'm a substance used to increase glossiness. Or, if you prefer, a really thick stick.

I'm Polish. Or, if you prefer, a Pole. For some reason, really weird things happen when you try to bring anything related to Poland into English.

For instance, this really caught me off-guard: 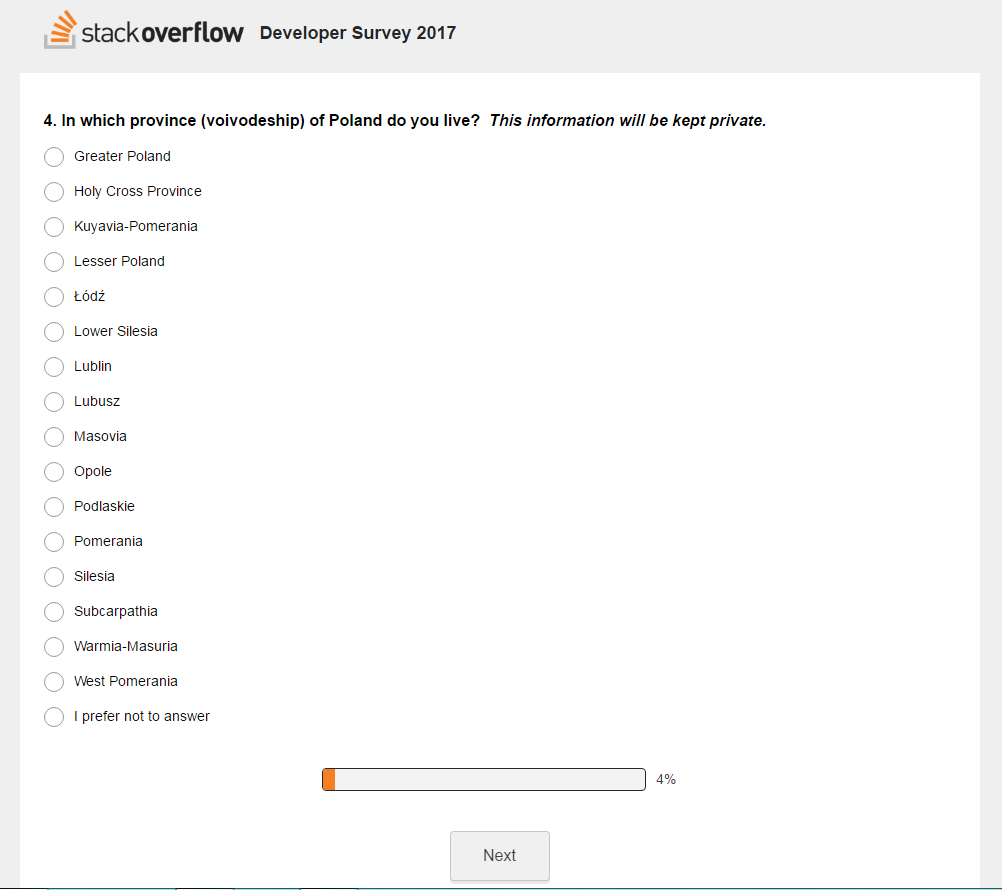 About half of provinces are directly translated to English, about half are named after their capital cities, one is in Polish (Podlaskie), one is named after a Polish name weird (Lubusz) and then there's Holy Cross Province.

I guess these are official translations, but this is literally the first time I've seen them all listed (Holy Cross Province, heh), and I was confused for quite a while. I was really surprised you didn't use Polish names.

Are there any other Poles who will tell me that's nothing weird and I'm just being anti-social rube living under a rock as usual?

This appears to have been changed since then, and it's a lot more intuitive to me, can't tell for foreigners in Poland. That was swift!

Not the answer you're looking for? Browse other questions tagged discussion survey survey-2017 .