Has the R community overreacted to this question and answer?

A few hours ago I found this R question and answer: Getting 'Error ' message when I run my for loop in R. It was astonishing for me to find that the answer got 12 upvotes.

From the comments around there, it is clear that R community has used their upvotes to express, possibly their anger, against a user whose comment was deemed unfriendly. One highly respectable user even offered a bounty on the answer.

But, has the community over reacted?

To me, it seems that this question should be closed, yet it got five upvotes. Well, neither the question nor the answer has the matching quality for the votes.

I also found some following-up effects: 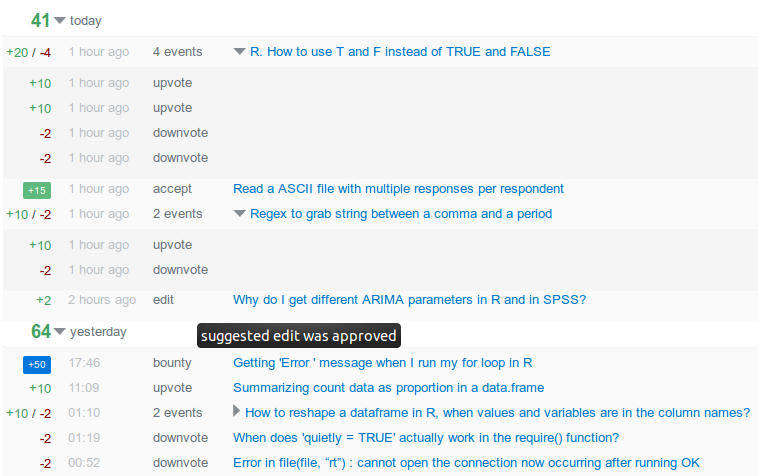 Fr is getting a wave of downvotes from the community right now.

Having observed those, I begin to doubt about what is fair and what is unfair.

First things first - on the question itself, if it's more suitable to be closed due to a typo, then you should cast the first vote. I can't/won't speak to it since R is about as familiar to me as Assembly would be familiar to my sister's pet dog, but this is the portion in which we entrust you to make the right call.

Second, to the user being targeted with serial votes - the likely scenario is that those votes will be rolled back. If they aren't, then they can come to Meta, inquire about them, and a moderator can then investigate.

Third, as an outsider looking at the aftermath, I can't see anything that would've given me any impression of anything bad happening. Without that context it's tough to really weigh in on the crux of your question. If we had known while the matter was transpiring, perhaps we non-R denizens could weigh in with an opinion.

2
Should I answer the OP or to the community?
3
How is this question well researched?
0
Should I downvote an answer with the right concept but has syntax errors?
1
Does this question add value to SO?
44
Oddly popular typo-based question
3
Comment written as answer converted to community wiki doesn't warrant a custom flag?