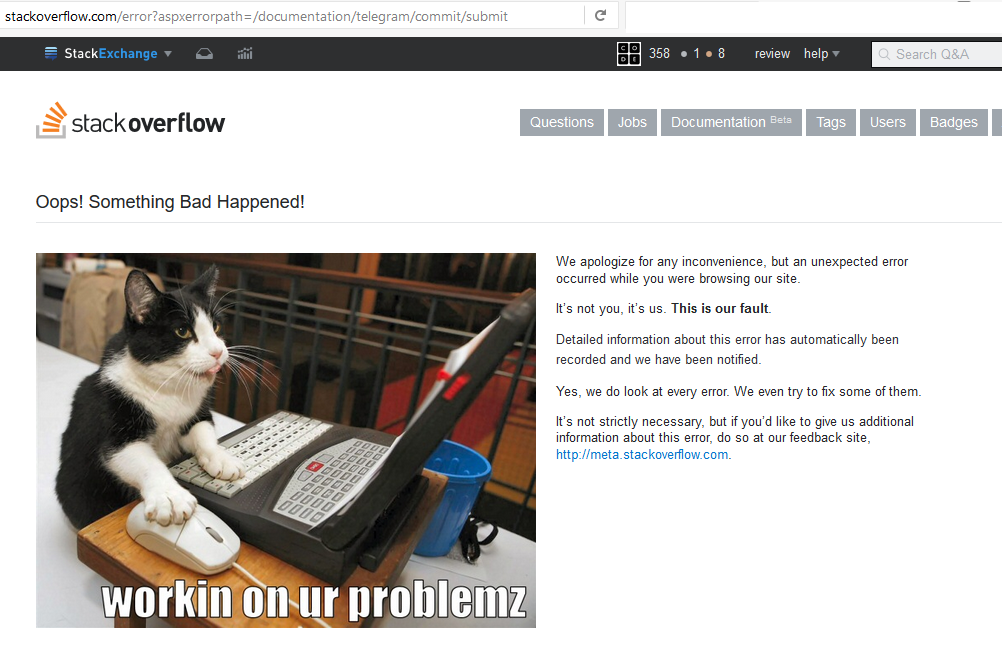 This is a recent bug, stemming from code deployed a few days ago.

There was a null reference exception occurring when trying to create a new documentation tag (aka DocTag). Because you are the last committer, you were seeing the exception.

The null ref was in our topic history code (i.e. where revisions are stored), which incorrectly assumed that a user would be attached to any topic draft passed into it. When we do the initial DocTag creation, we don't create any drafts, and the code blew up when trying to determine the revision's owner.

The fix was simple, and a new unit test was created to (hopefully) prevent a regression.

Not the answer you're looking for? Browse other questions tagged bug status-completed documentation documentation-proposals .

12
Why is a documentation proposal with 5 committers still in staging area?