What if a moderator deducts your reputation points more than it should be?

I have earned the reputation points from spending lot of time and helping others in the community.

A moderator removed 805 reputation, but it can be clearly seen that only two times it happened that I have got sudden spike in the reputation on the two days, and that was only 142 and 150 on two different days.

The moderator is also not replying to my message. I have waited a long, more than two months for his reply and now can't sit like that.

I have clearly described and clarified that there must be one of the reason due to a static IP address.

Only two sudden reputation changes and that too on different days and a sudden reverse voting: 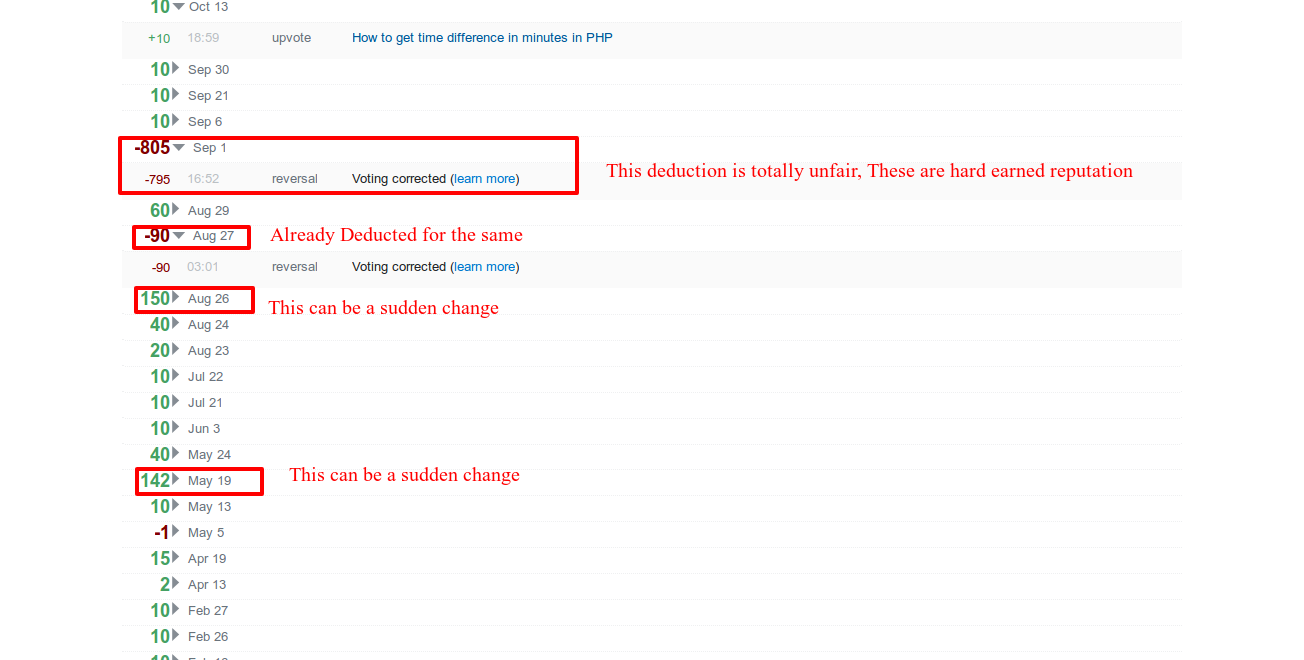 No answer from the moderator in two months: 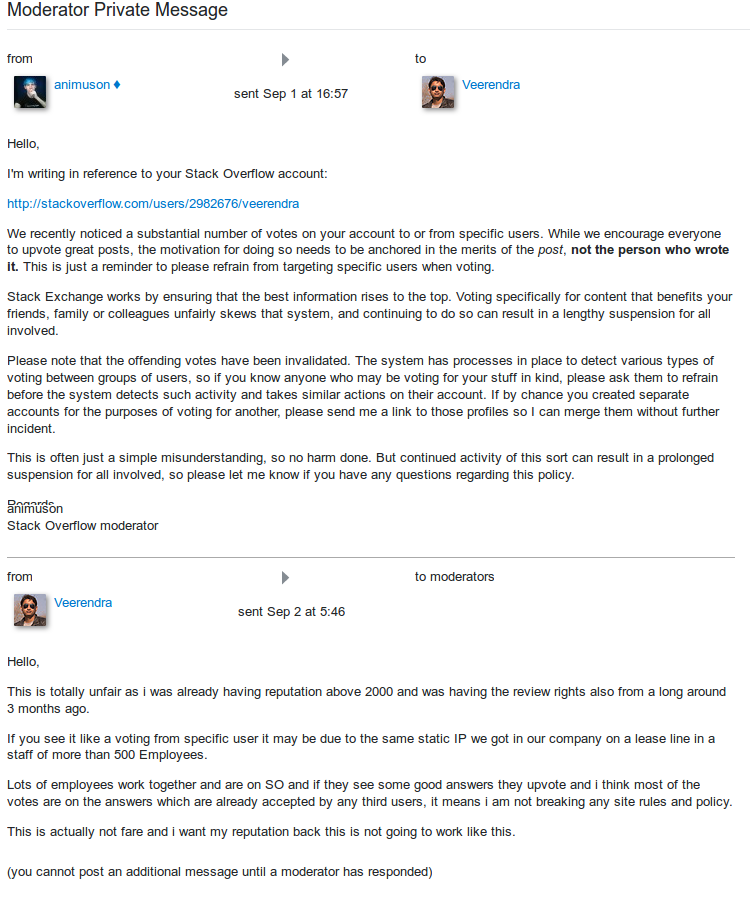 ... but it can be clearly seen that only 2 times it happened that i have got sudden hike in the reputation on the 2 days ...

This is largely irrelevant.

"Targeted voting" is where one or more users upvote your content because of who you are (e.g. friends, family), rather than the content you post. More crucially, these upvotes may be given all in one day, or spread across multiple days.

By checking your reputation history, you can easily notice #1. As a normal user, it is impossible to notice #2, and you can assume the latter applies in your situation.

There seems to be a fundamental misunderstand of how the loss of reputation works here, and I haven't seen it explicitly stated yet, so:

Moderators do not take away your reputation. Moderators invalidate votes*, and then the system automatically removes the reputation you had gained from those invalidated votes.

The loss of reputation you experienced cannot be wrong, there's no human factor involved in it. It's enforced by the system based on the number of votes invalidated. You might choose to argue that too many votes were invalidated, but the actual amount removed is not at the discretion of the moderator or anybody else. Every point you lost is traceable directly to a vote that was invalidated on either a question or answer.

Another issue i have posted but no one is paying attention that i have not got any reply from the moderator in more than 2 months and i have to write about this on meta. Is this a kind of activity acceptable from a moderator

Yes, it is. If the moderator has nothing further to tell you then there is no reason to continue to respond via mod messages. You are free to complain about the invalidation of votes, but the moderator doesn't have to listen or respond. As far as everybody else was concerned, the case was closed two months ago, and nobody was aware you were waiting for a reply that wasn't coming.

* Moderators cannot actually invalidate votes, but we can issue requests for votes to be invalidated between users in cases where fraudulent voting has taken place

Not the answer you're looking for? Browse other questions tagged support moderation .

3
Do I need to delete a question here to ask it on another stackexchange?
4
Fraudulent behavior
30
Strange votes on my account