Can we get rid of Little Bobby Tables?

When seeing people writing MySQL queries using variable interpolation/concatenation into the SQL string, it's common to recommend that they switch to using prepared statements with bound parameters. This is fine.

Many of the comments make reference to Little Bobby Tables, a cute XKCD comic that shows the danger of interpolating unsanitized user input into queries. The only problem is that this example won't really work -- the danger isn't really as bad as it makes it seem.

The example in the comic has ;DROP TABLE Students; -- in it. The intent is that when you concatenate this into your original query, it splits it into multiple queries, the second of which is supposed to remove a table from the database. But this won't actually work, because most database APIs in common use do not allow multiple queries in a single request.

In particular, the only way to do it from PHP is by using the mysqli extension and its mysqli_multi_query() function; the more common mysqli_query() function will not accept multiple queries.

There certainly are good reasons to worry about SQL-Injection, and one of the most up-voted php questions on SO is about how to prevent it. Am I being too pedantic in finding this reference inappropriate in our technical context, though? Is it OK to exaggerate the danger to get the point across to newbies?

If there's a concensus that agrees with me, what could we do about it? Would a comment filter that detects URLs like this be appropriate?

By all means, link to a question on Stack Overflow... or Software Engineering... or Information Security...

And hopefully, folks read them and learn something from them and stop putting raw user input directly into their queries.

But realistically, most folks don't read. Most folks don't think about folks trying to actively break the apps they're writing; their attention is entirely consumed by their own code breaking while they're trying to get it to work at all. You might as well tell them that bears will tear their house apart; they don't believe it's gonna happen and are gonna continue leaving their trash out at night.

And that's the joke: that comic illustrates someone blaming a parent for their own lazy, incompetent programmers (and probably managers, system analysts and cheap-ass school board). It's funny because it's true; maybe not that exact string (although I suspect there are more systems that'd choke on it than any of us would like to think about), but certainly trivial variations on it. And the solution is never "use a less insecure API". Nothing wrong with using better APIs, but if you're composing your own SQL with untrusted user input they're probably still vulnerable to something; it's still your responsibility to make sure you're handling user input properly. Which makes it a human issue, not a technical one; until you - the programmer - accept that responsibility, no answer explaining how to shoulder it will do a bit of good.

I think you miss the point of Bobby Tables. The idea is to introduce the concept of SQL injection. The problem is that SQL injection, from a practical standpoint, is hard to give an example that is one-size-fits-all. It depends a lot on how you set your tables up, the data being held, how you're writing your queries, and what you do with the data after you pull it.

The real trick here is to get people to think about security at all. Like Shog said, most of the questions on SO are about making it work, period ("Plaese! I must have tomorrow or will fired!"). Sometimes raising awareness of security is all you can do. 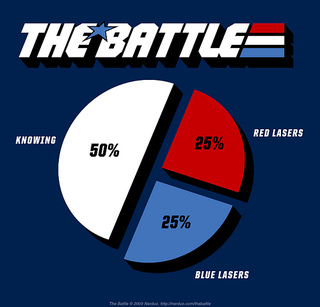 So, no, a multi-query injection attack is not likely to succeed in PHP for the reasons you stated. But it does make for a pretty good primer into the topic

19
Burninate [nosql]
42
Split the [merge]
2
Where should I ask a question about the best way to alter my program?
120
Useless [use] now used less
30
How can I title a question about a problem that doesn't have a common description?
3
The Problem with Questions about Microsoft Access [access-vba]
4
What is the correct usage of [sqlbindparameter]?