I wrote a comment, and now I would like to delete it, but I cannot find how to do this. How can I delete my comment?

I can confirm I am experiencing the very same issue as the original poster explained in his question and again here in his comment. These are the comments where X or delete does not appear on mouse over so I cannot delete my own comments and neither could I edit them during the first 5 minutes after posting.

Here is the screenshot which includes the cursor so it can be seen there is nothing shown on mouse over: 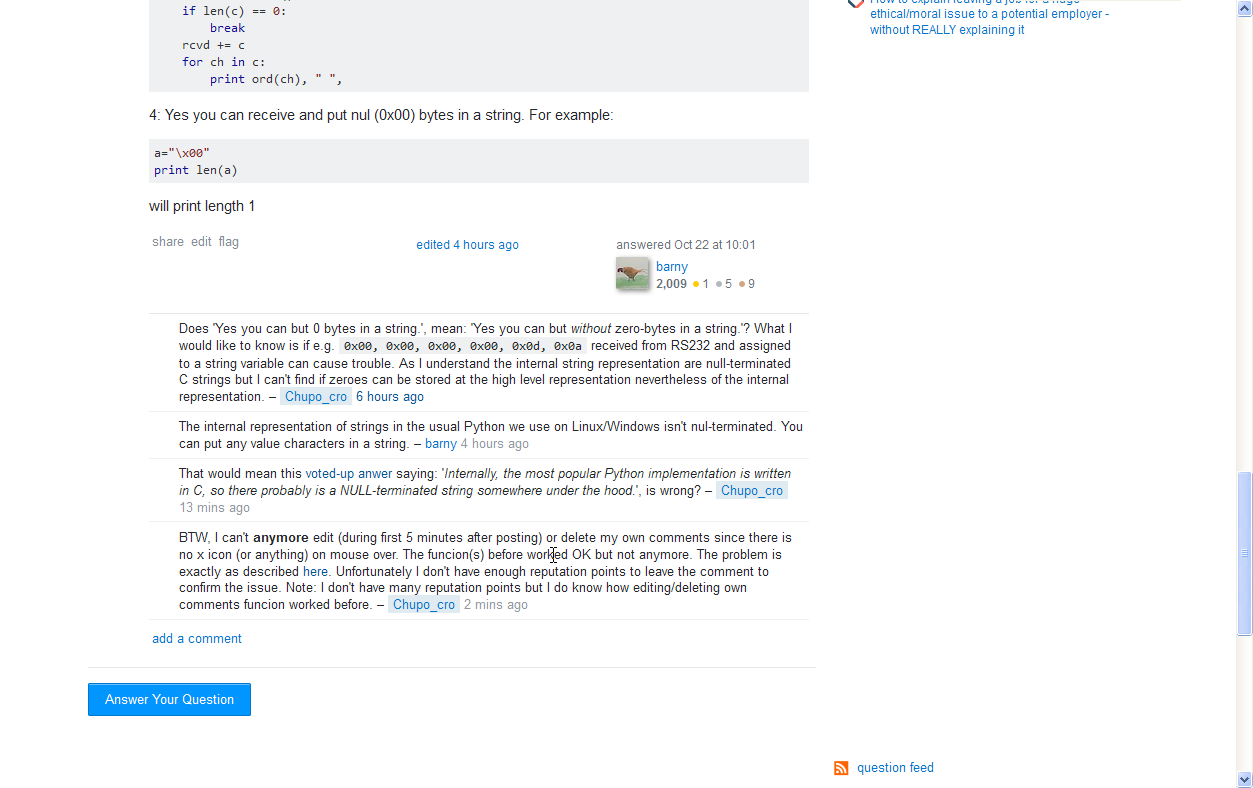 Here is the picture where can be clearly seen the mouseover on other's comment works as expected: 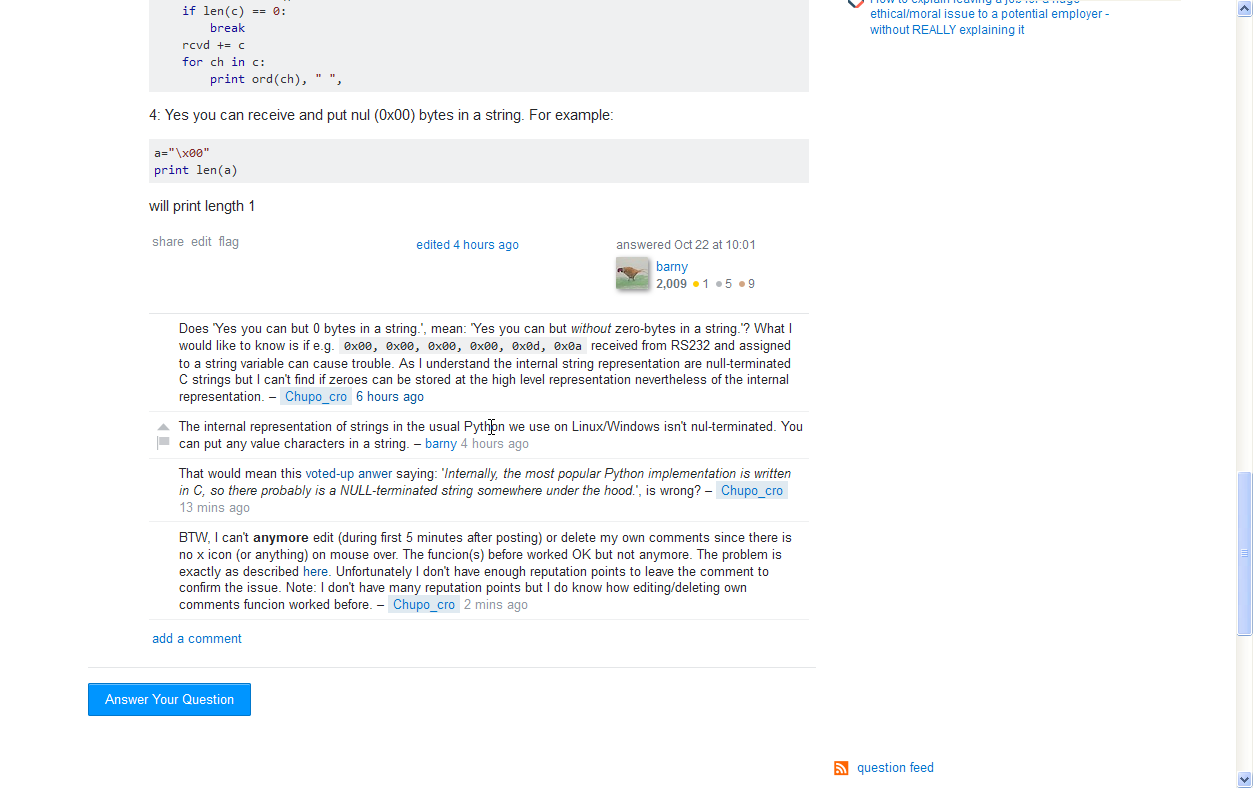 The upvote and flag options do show if I hover the mouse over the comment which is not mine but the options to delete (or edit if there is still enough time left to edit the comment) do not show upon hovering the mouse over my own comments anymore.

Note: Although I don't have too many reputation points I certainly do remember how editing/deleting 'own comments' function worked before. 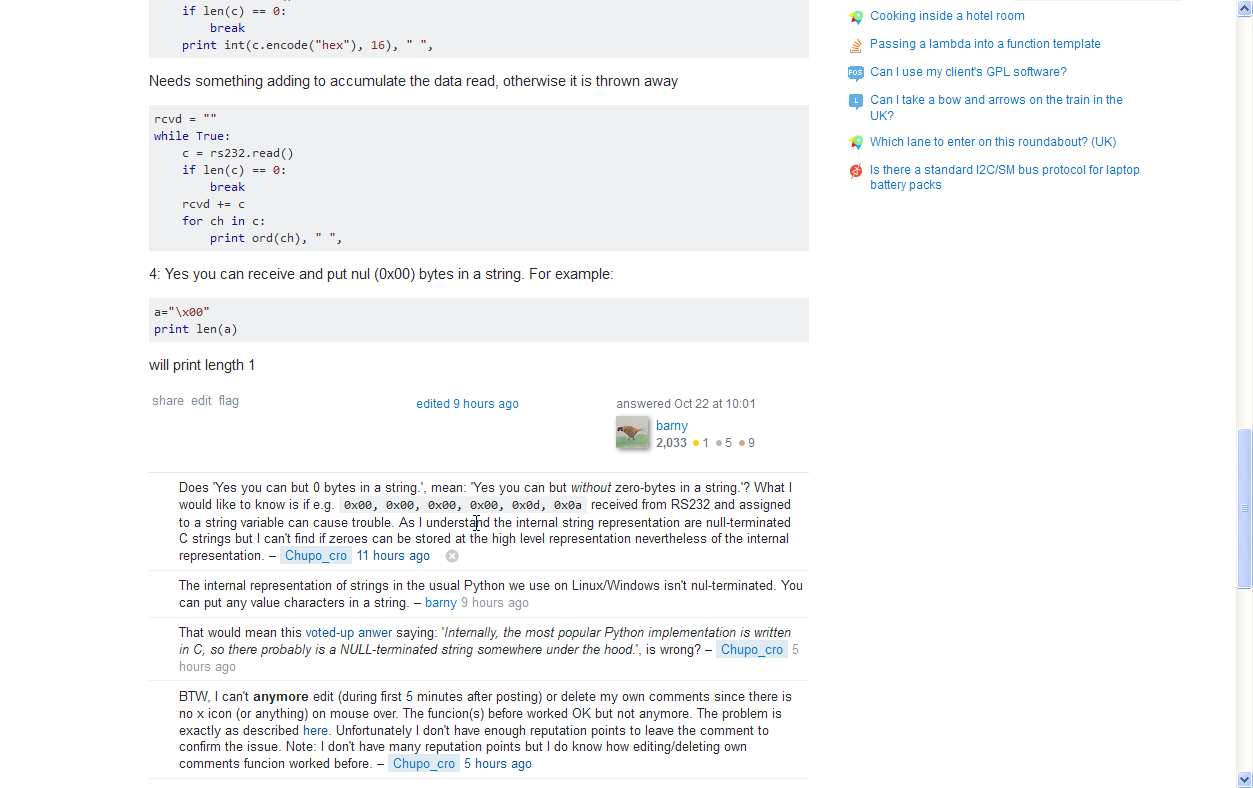 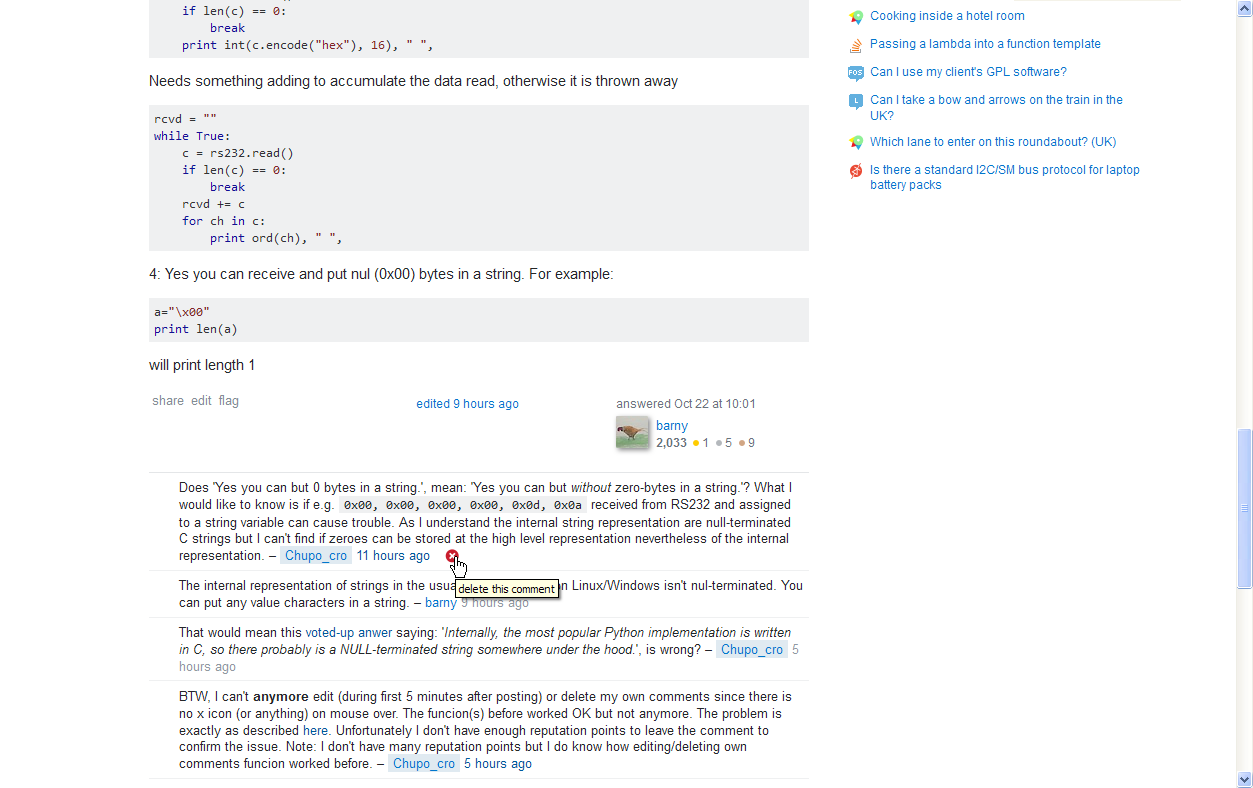 During the time when it did not work the icon wasn't shown neither with FF nor with Chrome browser.

Take a look on this screenshot...

See the image below:

Not the answer you're looking for? Browse other questions tagged support status-completed comments .

1
How can I delete comment on deleted post state?
113
Why can't I edit my comment after 5 minutes but can delete and create a new one?
3
How to delete someone else's comments?
2
How to delete my own noisy questions that have answers?
6
Can't delete my comment on Stack Overflow
18
How can I embed a job on my own website?
20
Does a user receive a notification if I ping them in a comment which I delete immediately after?