Documentation Example modified by other user and now deleted [closed]

I invested my time and contributed an example in Operators in C# tag and it is approved my other users. I also provided Demo for this example - Available Here 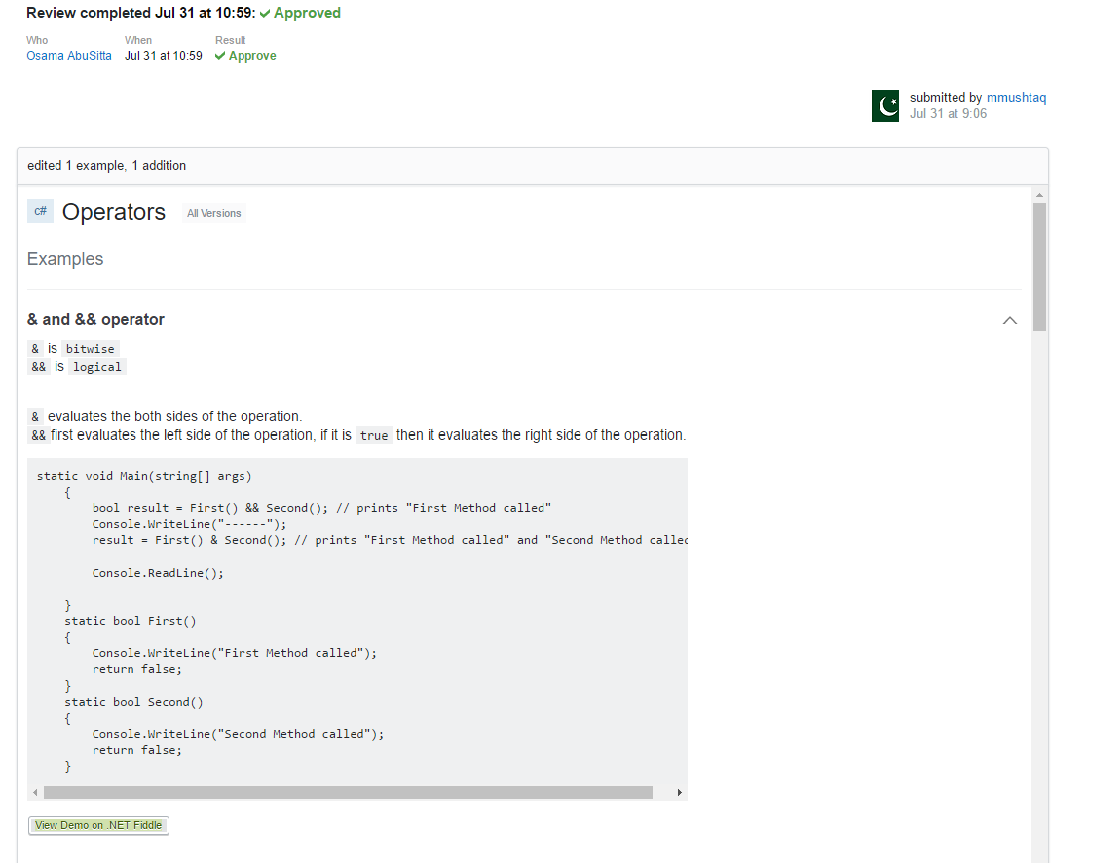 But This User totally removed my explanation, code and demo and added his own explanation and code. 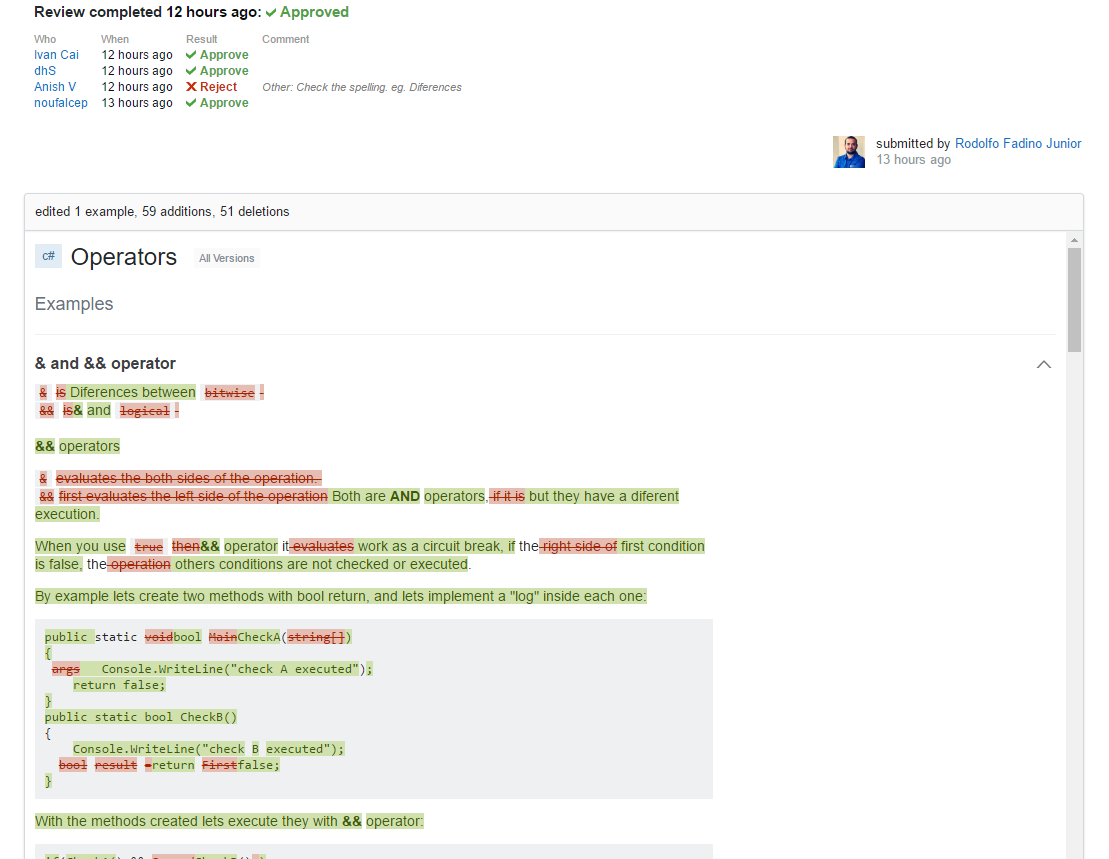 But now this example is deleted due to its low quality: 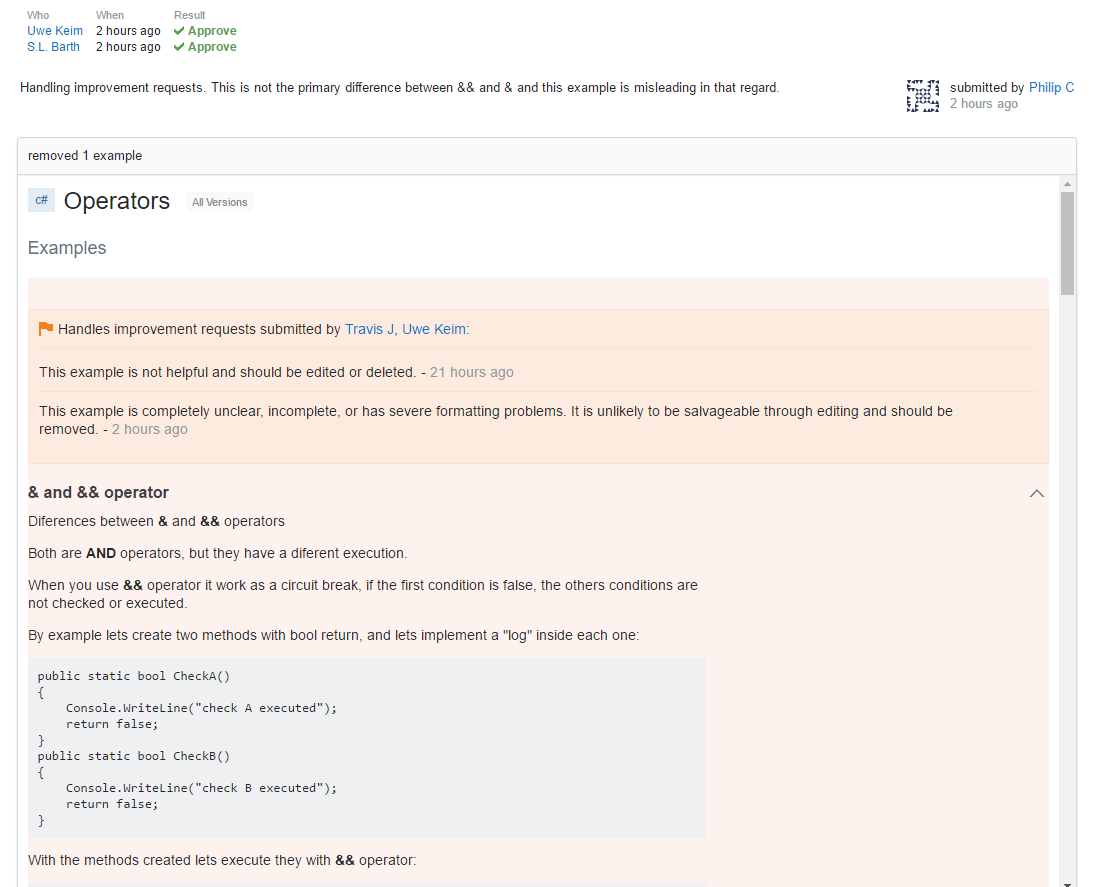 So my question is Why some users are not paying attention to the Quality of Proposed Changes in Documentation Examples?

And if an example is of low quality and it has more than one improvements then Is it possible to revert its changes to previous improvement?? (Instead of deleting whole example). This Question also pointed to this issue.

To revert this change, first click the revision history at the bottom of the page:

Next, click on “Create draft rolling back to this version:”

2
Documentation Example - Improve instead of delete?