Following question #pragma mark in Swift? has multiple duplicate (as in copied content) answers that were added long after the first few ones. They don't add any new information nor are useful in any other way. Since question is two years old some of the duplicates also collected up votes rewarding bad behavior. 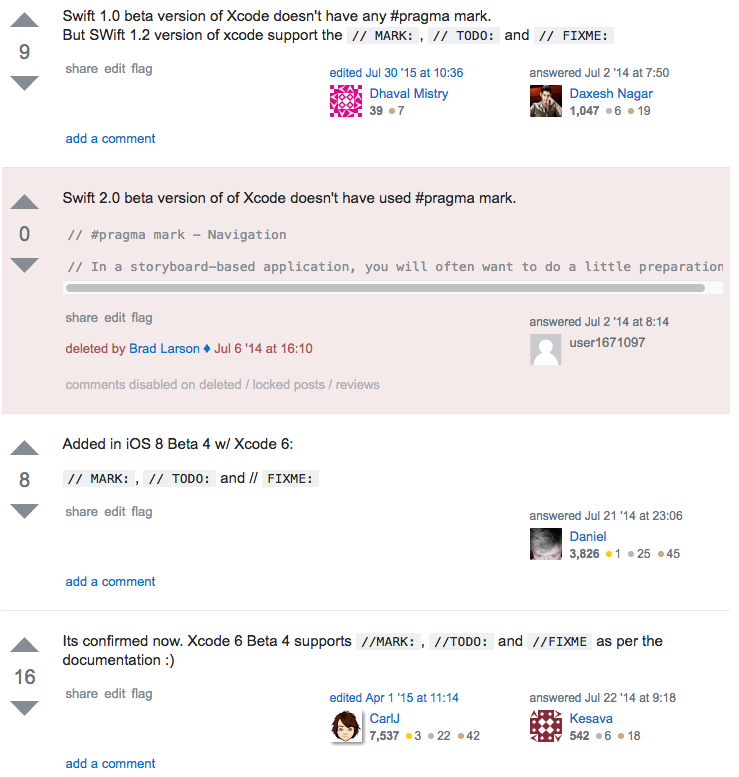 Recipe for abusing the system by late-parrot answers:

Downvote
Not very effective. I lost 70 rep in 2 days downvoting such answers.

Flag as NAA?
Since mods aren't familiar with all technologies, they will probably decline any cases that aren't clear-cut.

Flag for moderator attention
Currently i m guessing that this is your only option:

Answers that merely parrot information that someone has already provided earlier (for some significant amount of time earlier) in lesser detail don't add any value.

Cast a custom moderator flag, explaining the problem ("This answer is a duplicate of an answer already posted two years ago").

but do it sparingly:

Flag things as you see them. You don't have any moral obligation to comb the site looking for every one of these things.

I strongly disagree with the above, but this is what a mod said.

Do nothing
This would allow parrots to keep dumping trash and waste precious time of viewers. We don't want that.

Comment
You'll get serial downvotes; funny to see his downvotes reverted, but not funny if you happen to annoy a knowledgeable parrot.

The late-parrot-farmers use some tricks in order to avoid deletion of their useless content. They sometimes modify slightly an example that already exists. They use a slightly different, yet useless approach (e.g. in Python: using __len__ instead of len()).

A change in policy is needed against late-parrots' answers that farm the system.

Magnificent birds, but they need to be put back in their cage. We don't want to clean up their mess. 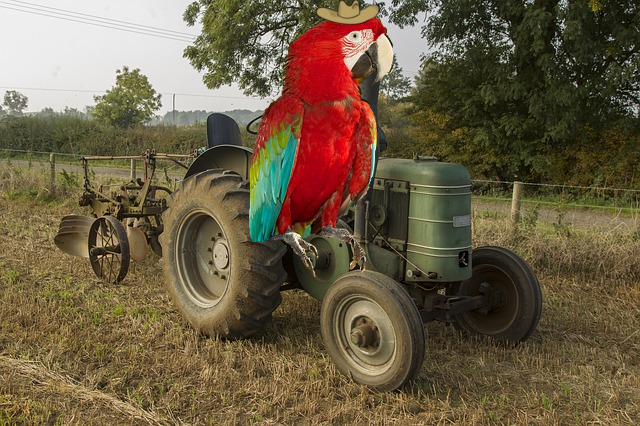 You're certainly welcome to if you think the answers aren't useful.

Flag as NAA? - I am worried that flags would be rejected

As you should be. The answers aren't not an answer, and so don't merit flagging as Not An Answer.

On what grounds? That you don't think the answers aren't useful? That's not grounds for moderator intervention. It is the responsibility of the community to indicate answers as not being useful thorough votes.

Considering you know that the answer isn't useful, you certainly shouldn't refrain from downvoting, so no.

47
What to do with late answers which retread the same ground as previous answers (but not as thoroughly)?
10
Lots of duplicate answers on a question
6
Was I in the right to flag these answers?
34
Increase the reputation threshold required to answer protected questions
29
How to handle multiple duplicate and low quality answers on popular questions?
9
User posting systematically late (copy-pasted) answers in popular posts
4
Should you raise a flag when a question is several years old and still getting new answers?

103
Reported 13 instances of plagiarism by user - was I being a bully, a busybody, or helpful?
3
VLQ flag rejected by "moderator" - have I missed something? What happened?
16
How to handle a duplicate of unanswered question
3
How can I refute the deletion of an answer of mine for being a duplicate?
8
How to handle multiple old accepted/up-voted Low Quality Answers from same user?
17
Is it appropriate to flag a question for moderator intervention to have it protected?