There is a question tagged as algorithm which had bounty of 200 opened for a while. The OP has made a casting for the algorithm which would do what he wants but what he couldn't specify.

This has resulted in the following score: 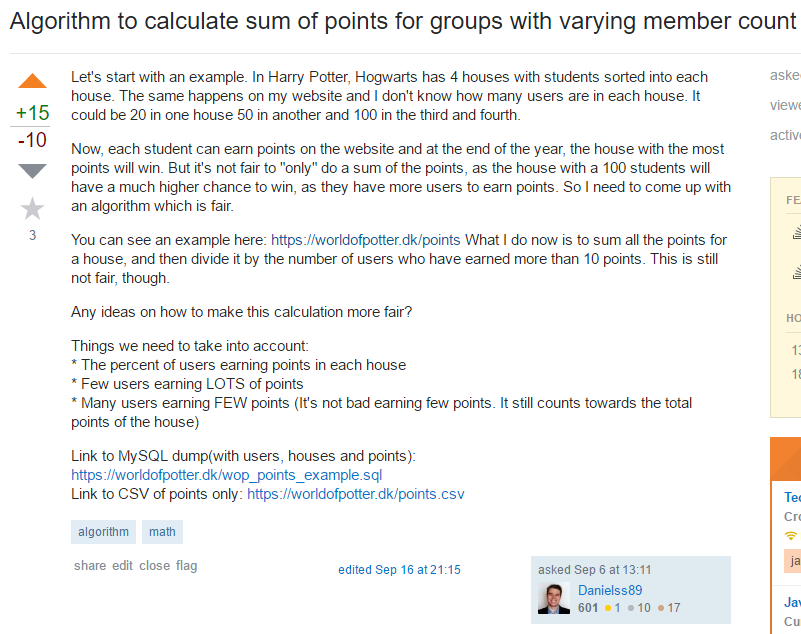 In my opinion this question is 'too broad' or 'primarily opinion-based'. Is it? I've read somewhere on meta that those questions often have many different answers but I couldn't find interpretations of such voting.

What do you think? Is it a good question or too broad or primarily opinion-based? I wouldn't bother if the accepted answer hadn't been the well known algorithm so it can be now said that the question was about an algorithm that the OP hadn't known before.

5
Auto expand vote count / warn when the post is controversial

1
What is the correct close reason for extremely specific questions?
3
What is the difference between too broad and primarily opinion based?
17
Are bounty questions that are too broad exempt from closure if they have good answers?
4
Should this question be closed?​
47
Review audit failed: very broad question
4
How should this post be flagged?
243
Why can I no longer see that a post has a negative score?