This is the fourth post in our series of regular (roughly weekly) updates on the Documentation Beta. See also the previous post in the series.

It finally happened. We're still working through a bunch of little bugs, so keep the reports/upvotes coming. Looks like it's working for many people though, see if you can spot when we soft-launched it. 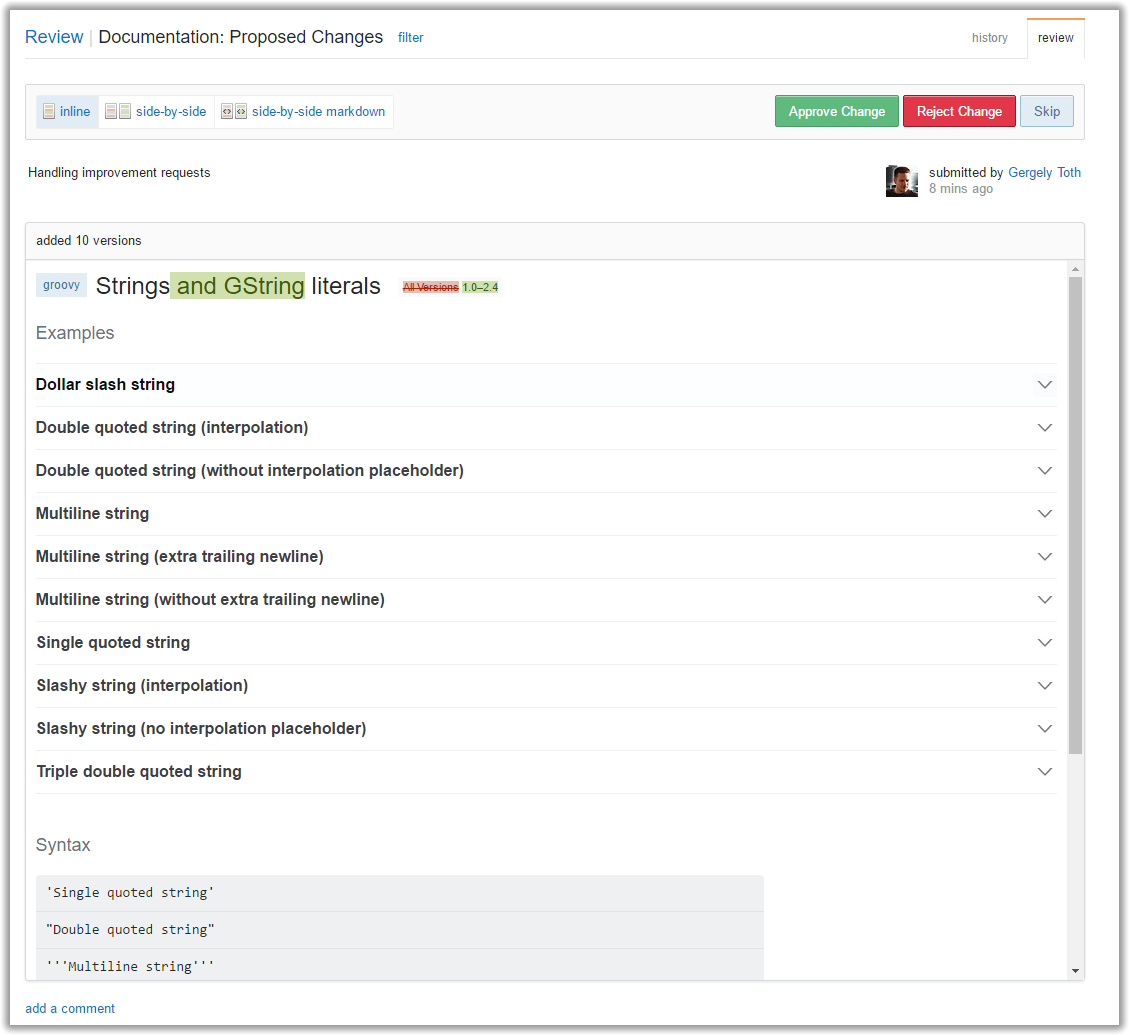 There are also limited filtering options (just tags for now).

The new reputation system announced last time hasn't shipped yet (more on that below), but an integral part of it is running in the background: calculating the new contributor levels. 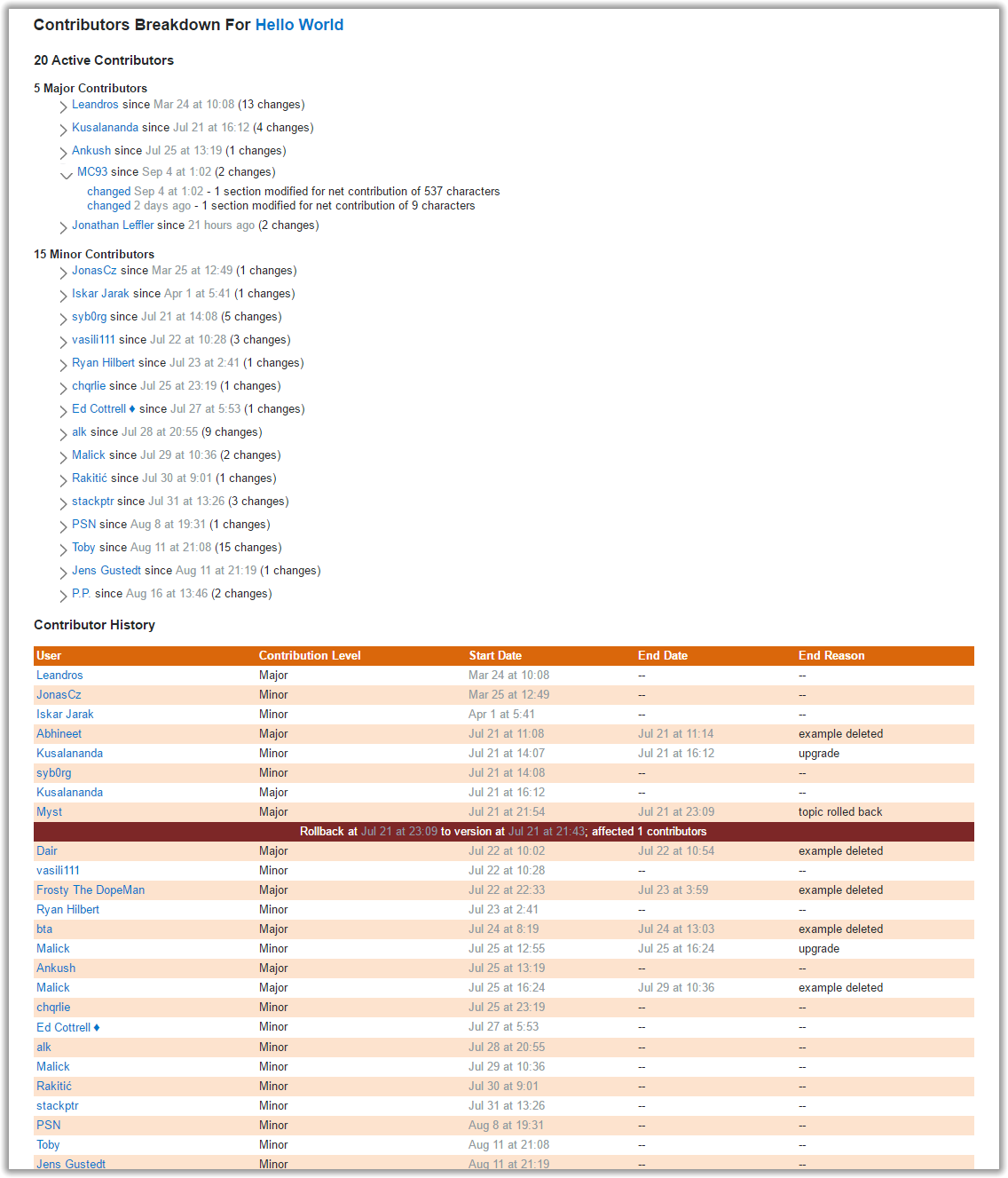 This page was originally for debugging purposes (there are no links to it anywhere), but has been made publicly accessible to aid in bug reports and discussion in preparation for the new rep system.

We're going to be moving a little slower than usual in the coming week or so due to a number of team members being on vacation, however...

Focus is still coming - work can proceed now that the proposed changes review queue has shipped.

The reputation system update should ship this week. As announced above, the contributor calculation portion is already live, and the awarding and recalcing portions are undergoing some final testing.

When the new system goes live there will be an announcement here on meta, and a topbar inbox notification for users whose rep was affected by the change.

Things like audit tasks, an approve and edit option, a better display of conflicting changes, and so on will be coming down the pipe.

We're in the very early stages of this, but we have been working on collecting the disparate commentary that relates to a topic and its examples (like comments on the initial request, improvement requests, and proposed changes) as well as providing a place to start new discussion.

There really isn't a perfect analog for this in Q&A (comments and chat are the closest, but both fail for different reasons). We're expecting to have a fair amount of proving out before we can get something built and shipped.

With a big ol' this is a very early result of brainstorming and not a final design, here's a look at our current best idea: 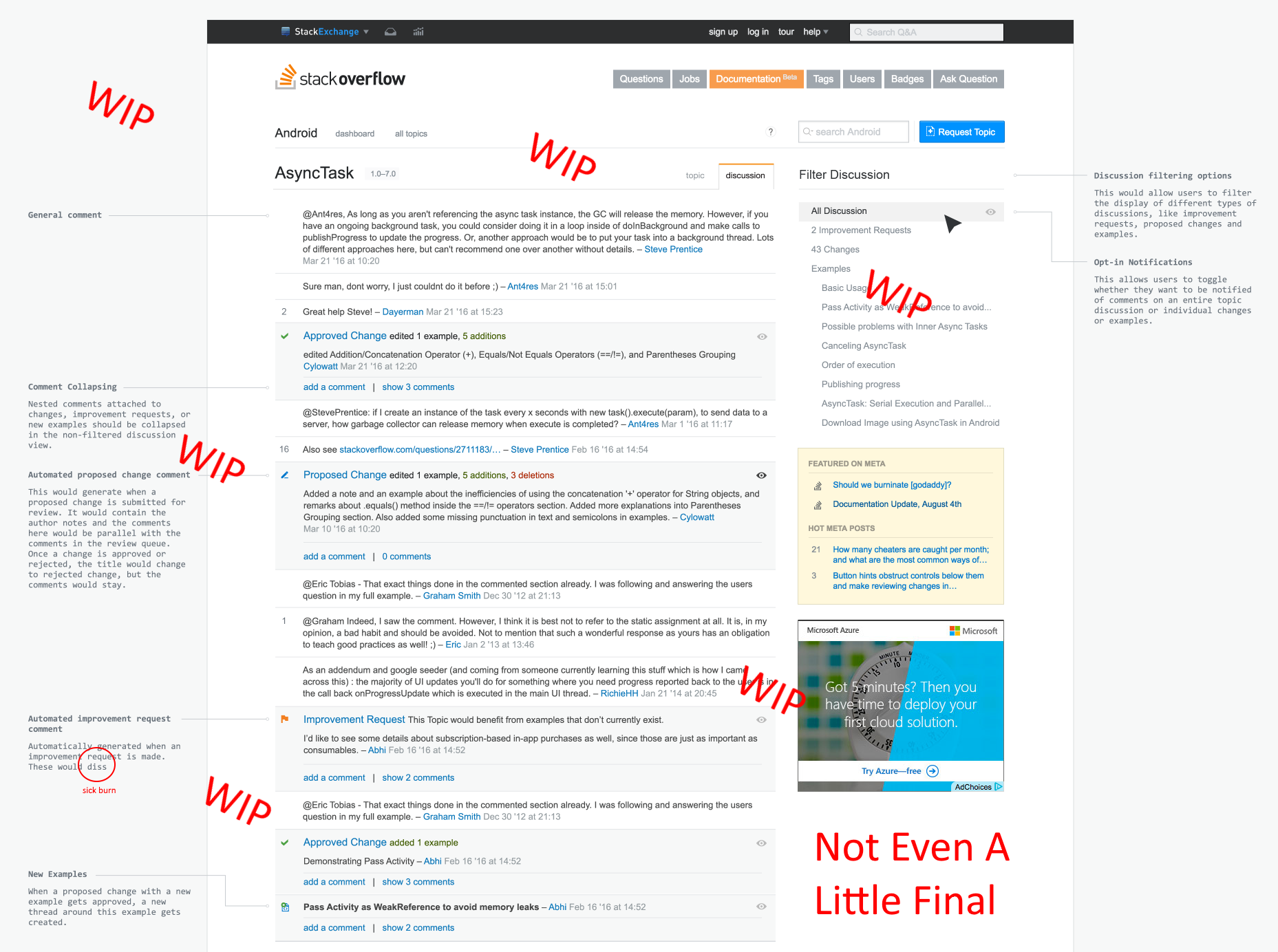 Don't get too hung up on anything in that mock-up; we're already working on a new revision. Expect to hear more in the future.

In terms of documentation review, I know there's a tag sort, but what if you required reviewers to have, for starters, at least one upvote for an answer in the tag they're reviewing in. Later, perhaps, it can be decided what the exact numbers should be, but that one upvote requirement will, I think, significantly narrow the field on who can review what and eliminate some of the problems. For example, I'd be able to review in the Python tag and the LaTeX tag, but not anything else.