As the title suggests, I am unable to reject edits in documentation review queues. When I click on reject button it shows an error message stating:

I tried multiple times but I am still not able to do so.

Now I can't even Approve Changes in review queues

Here is the screenshot 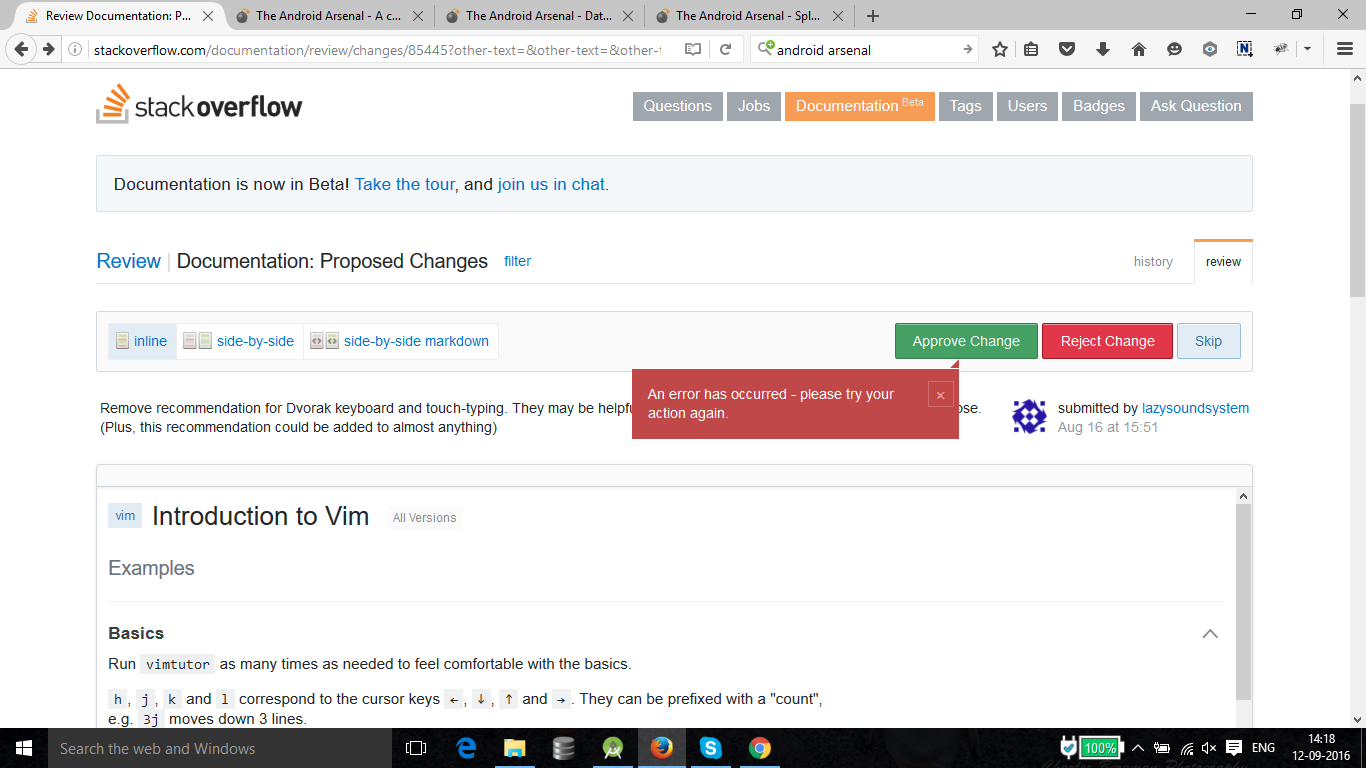 This has been fixed in the latest deploy. What was going on was pretty subtle.

The bug was it was possible for a merge to succeed, but result in a "change" that didn't actually modify anything. When the change was then reviewed, validation would be run and it would fail.

We now correctly detect this case, and reject changes as conflicting appropriately. Old proposed changes that got into this state have been cleaned up as well.

Not the answer you're looking for? Browse other questions tagged bug documentation review .