This is the first answer to a SO question.

I'm not sure how you guys are seeing it but on my machine this answer looks like this (Note how the answer ends abruptly): 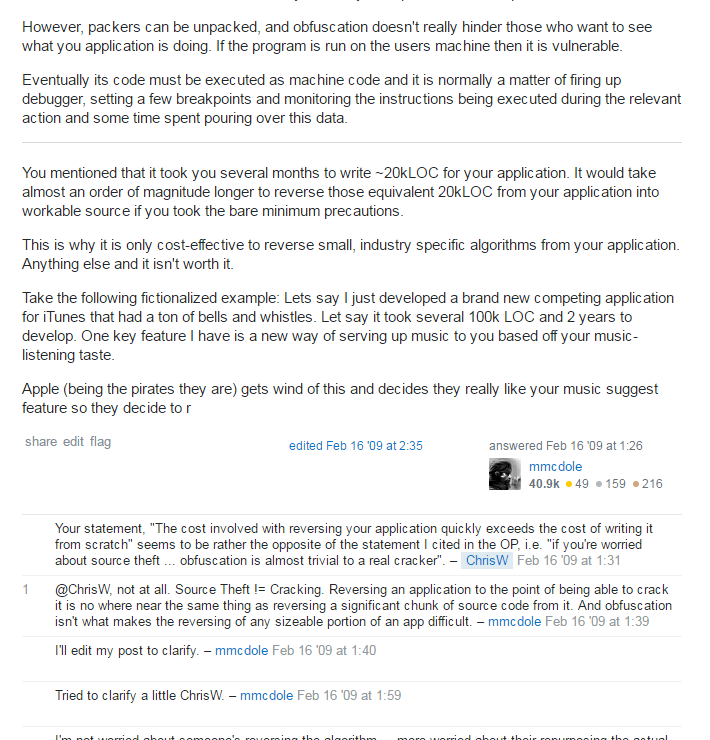 When I tried to see the exact content of the answer and clicked on 'edit' button, I saw the non-truncated (and probably even complete) version of the answer.

What is happening here?

There was a short-lived rendering bug (when converting from markdown to HTML) that was around when that answer was posted.

That is what caused the truncation. The bug was fixed very shortly after being introduced, but there were a few posts affected, just like the one you noted.

Given that we save the rendered HTML together with the markdown on a post and do not regenerate it unless the post has changed, the incorrect HTML was never re-rendered and the post was truncated.

As soon as someone edited the post, the HTML got regenerated, sans bug.

25
Accepted and Unaccepted at the same time
2
Auto-text Chrome extension: what happened to "Welcome to Stack Overflow"?
17
Answer overlaps comments underneath