Ask Question
Asked 3 years, 5 months ago
Viewed 132 times
7
Closed. This question is off-topic. It is not currently accepting answers.

In Docs, markdown view is broken when it comes to showing changes in indentation: 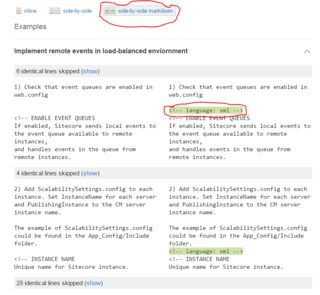 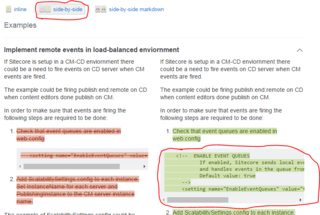 In this case, it appears like the only change was adding XML highlighting, but that's not the case. It also indented some code that was previously being stripped automatically.

None of the preceding white space is shown for anything in Docs, it seems.

I think it might be related to this other question, but that question did not mention Docs. Wait... new evidence changes things:

I have confirmed that it fails to show when newlines are added, but the issue extends beyond that. As proof, I made an edit to some random Documentation, which originally looked like this: 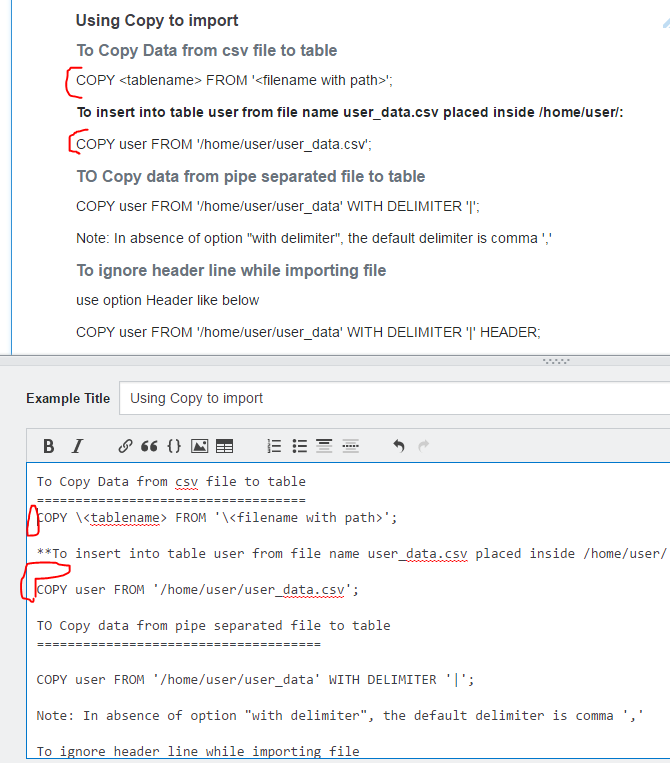 There are two significant lines here: one that needs a new line and indentation and another that just needs indentation.

I made some changes. Here are the two diff modes: 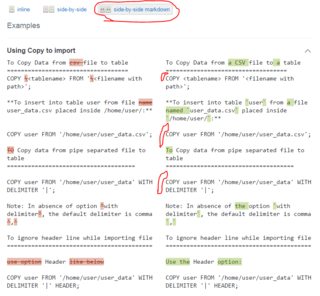 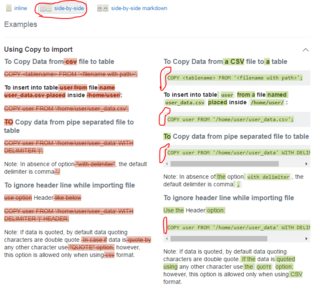 If you weren't frustrated already, imagine reviewing this (red freehand added for ease of locating the code):

If you are familiar with Python, even a tiny bit, you know how important indentation is. Without the indentation and new lines, the code will not run. The above Python edit got approved, however. You may wonder why, but it should be more obvious looking at the other view:

14
Stack Snippets delimiters are being parsed too eagerly
14
Stack Snippet Bug with Tidying CSS
25
How do I edit a post to distinguish interspersed code and console output clearly?