Reviewing changes after the fact [closed]

Ask Question
Asked 6 years, 6 months ago
Modified 6 years, 3 months ago
Viewed 107 times
8
Closed. This question is off-topic. It is not currently accepting answers.

Each tag has its own "changelog", namely under the Activity tab:

I think it would be very nice if Subject Matter Experts1 could give their final say about certain edits. I imagine that looks something like this: 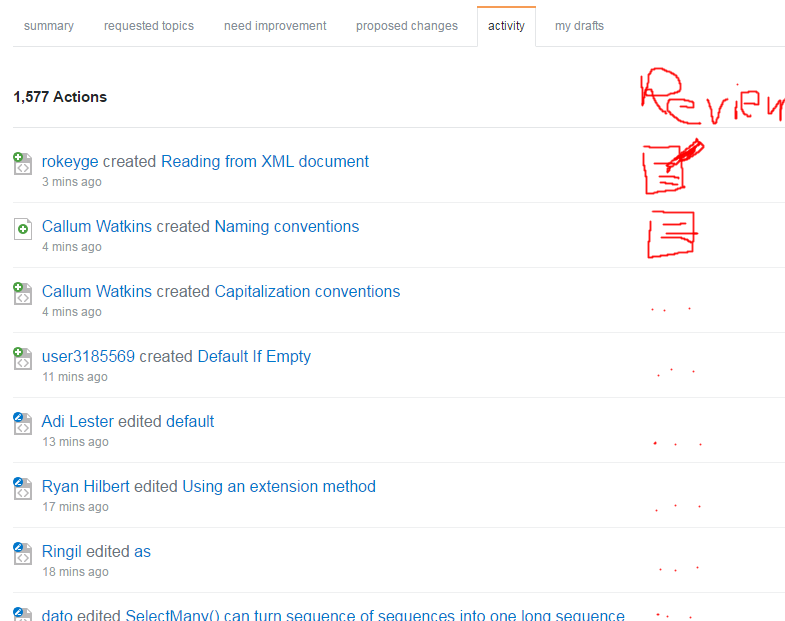 So that if a SME clicks the Review button, they can see the actual changes (instead of simply going to the topic) and annotate them as such:

These reviews would then better indicate the quality of the edit.

Somewhat related: Documentation peer review, but that still seems to be about reviewing before approving an edit.

What do you think?

1: problem: how to define that someone is a Subject Matter Expert? For example if they hold a silver or gold Q&A badge holder in the given tag?

We don't just need Subject Matter Experts to do post approval reviews. A lot of the "crap" is down to people who don't bother to look at the context:

Unfortunately, Subject Matter Experts are not necessarily good at writing, editing and organizing documentation. There is also a role for people with Editorial expertise.

I'm thinking that maybe we need a separate reputation scheme for the Documentation.