So I've been trying to obtain a lot of easy repupdate the documentation of Docker in the new beta. I've been mainly editing the Introduction section, which at this stage contains the installation steps of Docker.

As a bit of a context: the installation of Docker on Windows and OS X changes big time once 1.12 is released. It is still only in beta, but the links on Docker's website already point to the new version, and finding information on the old one is quite hard. While I wrote the introduction sections with 1.11 in mind (as that is the latest stable version), people started to update it to the new version. The first edit I tried to reject, but then I decided it might be better to use the versioning functionality of Documentation to clear it up.

First I tried to add different version to the Introduction section, but that's not allowed, so I had an idea to simply move the three Installation examples to its own topic, where versioning can be applied to them. I used the "move example" button, and stated I wanted to move all three of them to another freshly created topic. Since this would meant that there were no more examples in the Introduction section, the site complained, but nevertheless it did create a new proposal, with the section moved. (Sorry, I don't have screenshots of this, and I don't really want to reproduce it on another topic in order not to break the site even more, but this might be a separate bug request)

Then I realized that there is a not so well documented feature of documentation (I hope someone will create the documentation tag in Documentation where someone can document this), where you can apply versioning tags inside examples, so I discarded this move request, and started a new draft, that just updated the text on the original examples in the Introduction section.

Once I finished with the update I pressed Amend change, and I got an error: 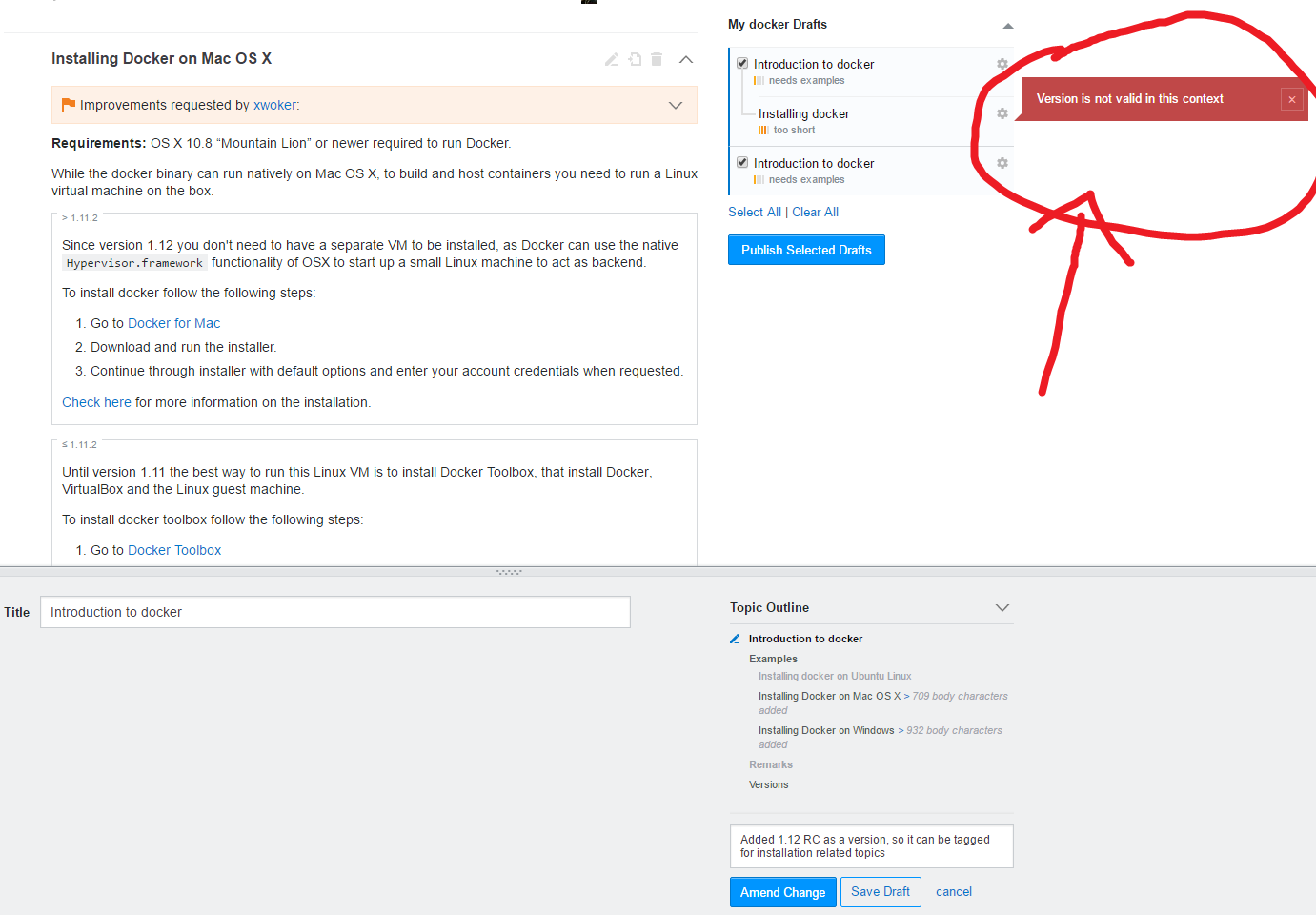 Okay, this is probably as my move request drafts are somehow still there. Okay. Let's try to delete them:

Okay, so apparently I can't delete them. Let's just try to select the second draft and publish it: 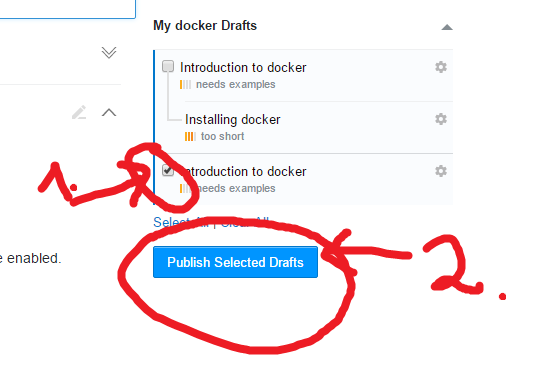 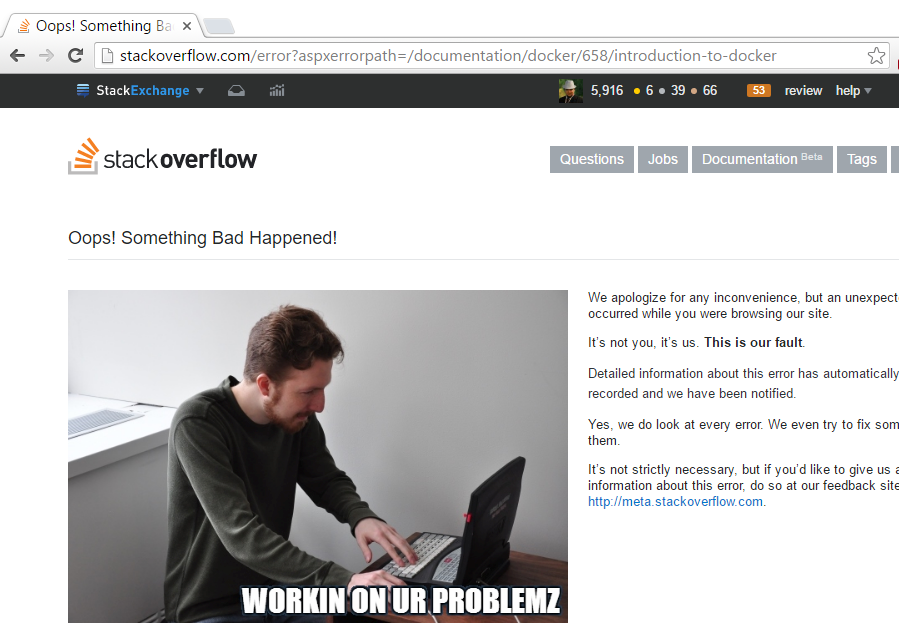 And since then I cannot access Introduction any more, I always get to the error page described above.

However I can see my proposed change just fine, and I can also edit it further if I want to. I can't delete it though, I get the same error as displayed above when I tried to delete the drafts created by the move command.

I checked the introduction site while begin logged out and it works fine, so apparently the bug only affects me (or logged in users). Since then I tried to add a small change to a different example in a different topic but that one failed, so I think I managed to ban myself from using Documentation.

Meanwhile someone accepted my improvement request and now I can access the Introduction site. However I cannot access any other topics where I have an active draft, and I can't delete any of my drafts from the My Drafts tab.

Okay, I realised I can delete any of my drafts, except for the initial one (the one with the move request), the page just throws an error but the draft disappears on a reload. On the other hand I still cannot properly create any new drafts: they just appear in the my drafts section, but I cannot edit or save them.