The problem in short:

There seems to be a discrepancy between the preview shown in the editor and the actual posted question. In the preview window \ followed by / displays both characters as in the following image: 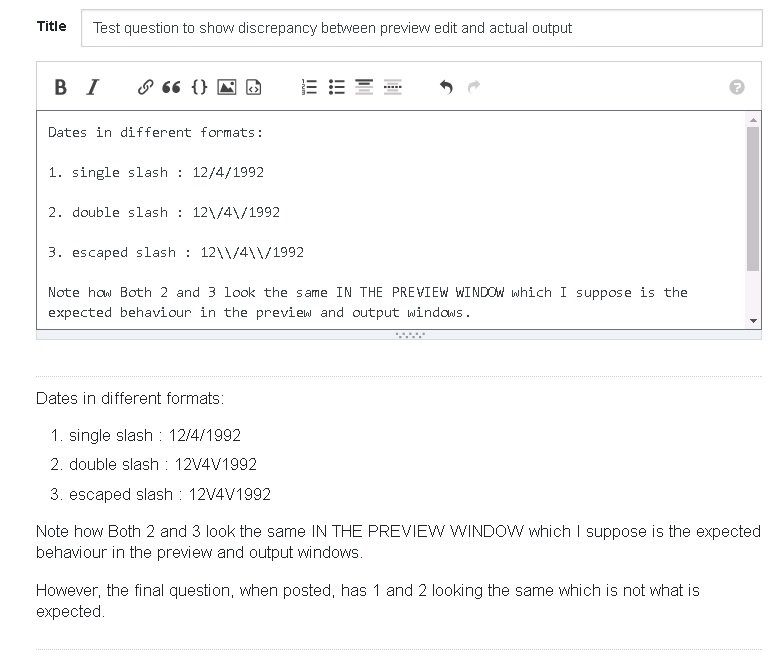 However, When the question is posted, \ followed by / displays just the second character (/) as in the following image: