If one question is a duplicate of 3 questions, why are these 3 questions not duplicates of each other?

I recently saw this question below

How to round off to 2 decimal places for double variables?

In this link we can see that the question is a duplicate of 3 other questions. Right? Then why are those 3 questions not duplicates of each other?

This question is the oldest one: How to round a number to n decimal places in Java.

So why are the other questions not duplicates of the oldest one?

While for this case it would be fine to close this question as a duplicate of that one, it's entirely possible to think of a scenario where this is not the case.

Or, viewing the questions as mathematical sets, A might overlap with both B and C, and the overlap is 'big enough' to answer A with B resp. C, while the overlap between B and C might be minimal (compared to what they cover). 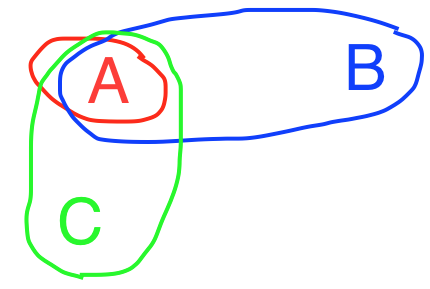 The simple answer to your question, why are they not duplicates, is that nobody flagged them as duplicates.

The question you refer to was just unlucky. Someone noticed that it was a duplicate. The fact that three other questions were noted is unusual. I suspect that, once one flag was raised, people started to look for duplicates.

There's nothing sinister in it.