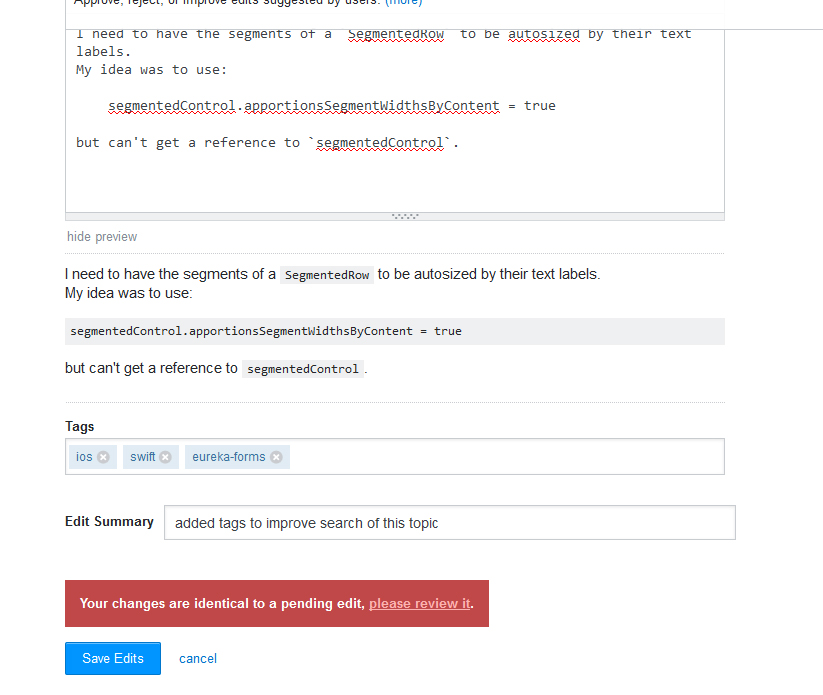 23
Why do we "Approve" a suggested edit when we can "Force Edit" it?
6
What is difference between Approve Edit & Improve Edit?
0
It requires two approve edits to approve the edit, but improve edit and changing nothing, edits the post instantly
3
Is it sometimes OK when reviewing suggested edits to just improve an edit without any changes?