How is this answer consisting only of "NO"s an answer, or am I missing something? 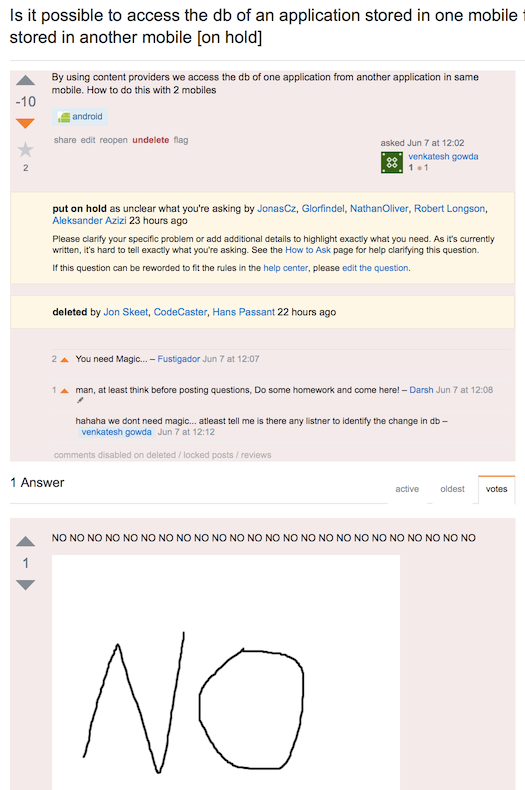 391
When to flag an answer as "not an answer"
153
Merge the "Not An Answer" and "Very Low Quality" flags into one
80
Is "this is not possible" an acceptable answer?
43
Is it okay to show a screenshot of a deleted question to low reputation users?
8
Answer deleted for not answering question, but it did
10
Answering a (maybe) too localized question with links to comments
5
Should questions be closed if the answer is simply 'no'. Should they be answered?
5
Is a sarcastic answer, a no-answer, still an answer?
-17
What is the point of "here is a bad [question|answer]"-type Meta questions?