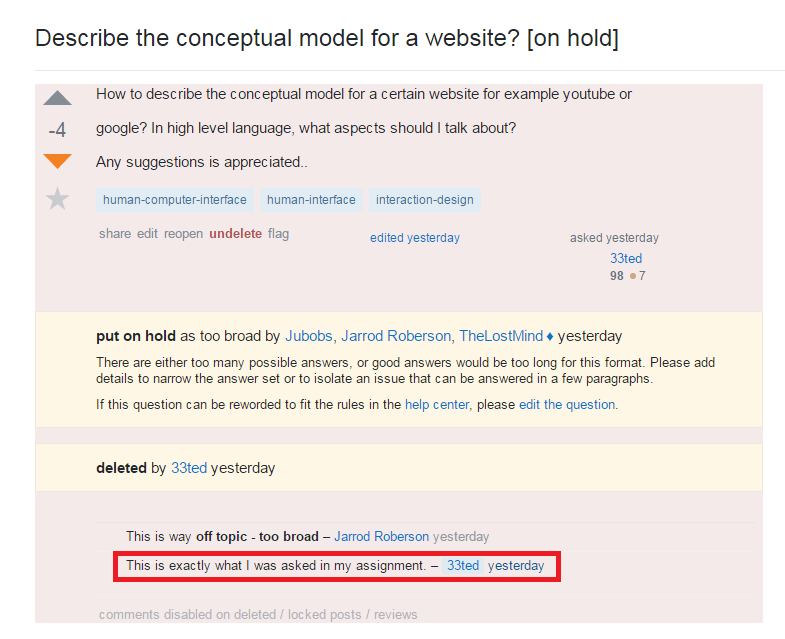 LaurelLaurel
5,9031212 gold badges142142 silver badges201201 bronze badges
3
Add a comment  |
Welcome!
This site is intended for bugs, features, and discussion of Stack Overflow and the software that powers it. You must have an account on Stack Overflow to participate.
Help
Visit chat

27
Handling a user that continues to ignore guidelines
243
Am I still supposed to explain my downvotes or not?
-30
Add a policy and a tag for self-study / homework
12
Should I raise a flag for user asking the same question over and over?

44
People who answer questions that are CLEARLY off-topic
33
How to discourage off-topic questions asking for off-site resources?
7
Low quality/ off topic questions being up voted all the time
3
I edited the focus of a [too broad] Q, answered it, and OP's edit made it off-topic