I had filed a bug-report on this (now deleted) question. It was closed as not reproducible. As per the close text, if we encounter the same problem again, we should post a new question. So here I am.

The space on the right is normally filled with an ad, and looks like this: 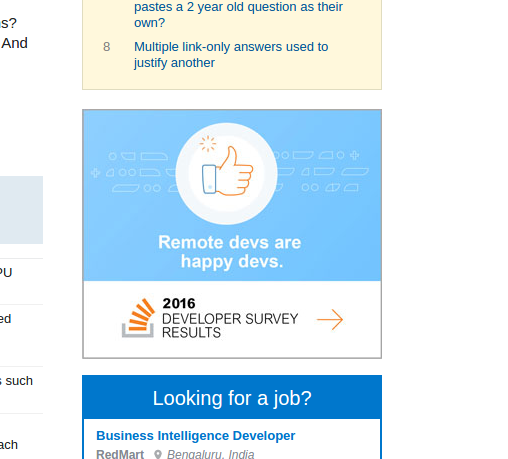 I noticed yesterday that this was empty: 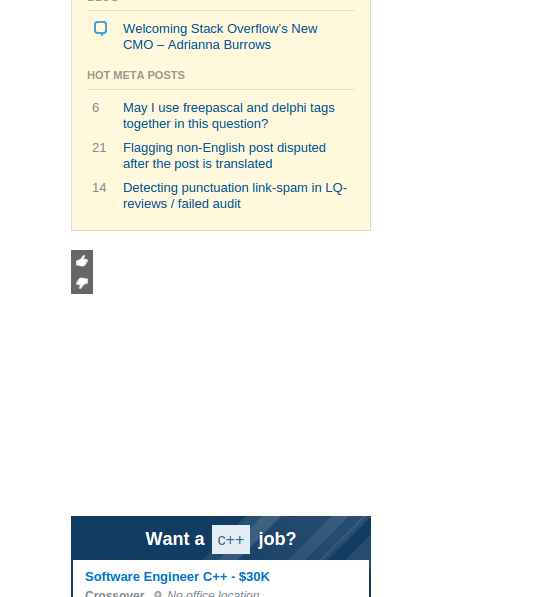 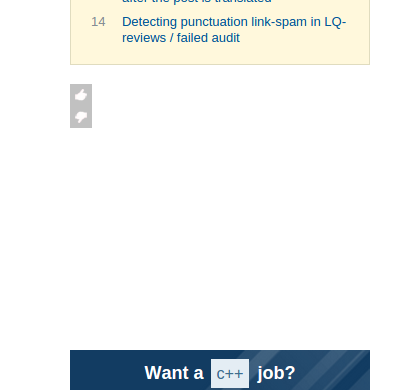 This is confirmed a bug, as I've seen this the second time. I reported this back also..

I asked in chat if someone is able to reproduce this, but I got a no. Even this appeared to me only the second time. This looks quite rare, but is a bug.

Could the SO team look into this matter?

I don't use an adblocker. The js console wasn't showing any errors. I have few extensions, but all are well known ones:

For <10k users, to see the deleted post, view the images in order.

I haven't been able to repro yet. However, those ads are actually served by Adzerk, not StackOverflow. In a few cases an Adzerk campaign will attempt to load an ad creative that we serve, but most are static assets also served by Adzerk.

I'd be happy to take a look, but it would be helpful if the next time this happens you could post a screenshot of the expanded DOM element in Chrome's Dev Tools? That would help me pin down which campaign is potentially causing the issue, and whether it's an ad served by us or Adzerk.