On a C++ answer I posted in 2014, another SO reader has now added technically nonsense commentary about the current best practice being dangerous. I.e. misleading readers. He persisted after the technical was explained to him (my explanation at red arrow in figure below): 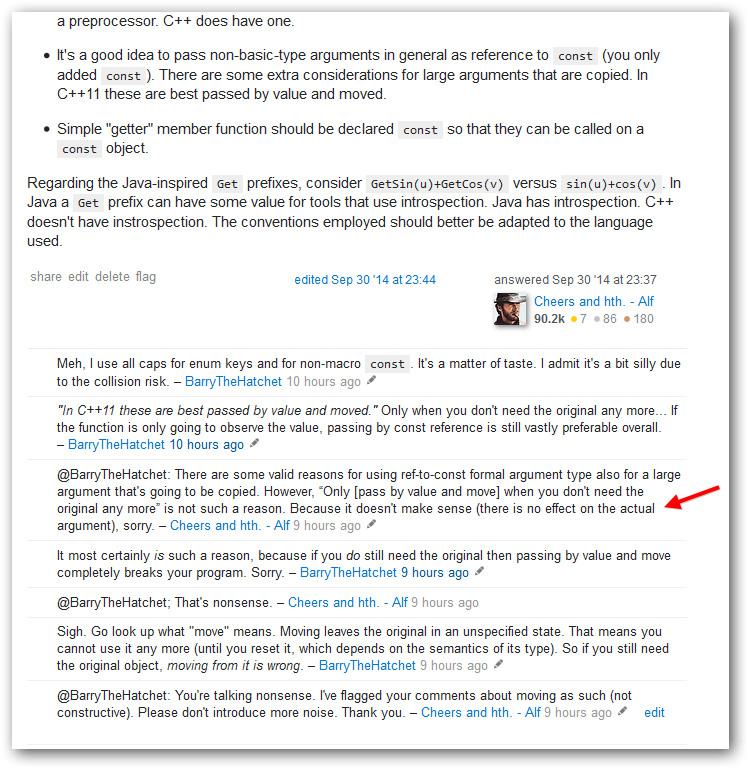 His last comment makes sense out of context, but is nonsense in context. The odds are very low for that happening by chance. I conclude that it's designed that way; it's a common trolling technique.

I think the proper action in such a case is to call for moderator help. However, flagging his comments as non-constructive only resulted in my comment being deleted, and ditto for flagging with explanation. His commentary needs deletion since it misleads (IMO is designed to mislead) readers.

Moderators generally will not remove comments based on claims of technical inaccuracy, just as we don't delete answers people think are wrong. As has been stated before, we cannot possibly be subject matter experts on every topic this site covers. If you are thinking about flagging a constructively worded comment for being technically wrong, you might as well stop before you hit that button.

This was the conversation at the time you had flagged the opposing comments: 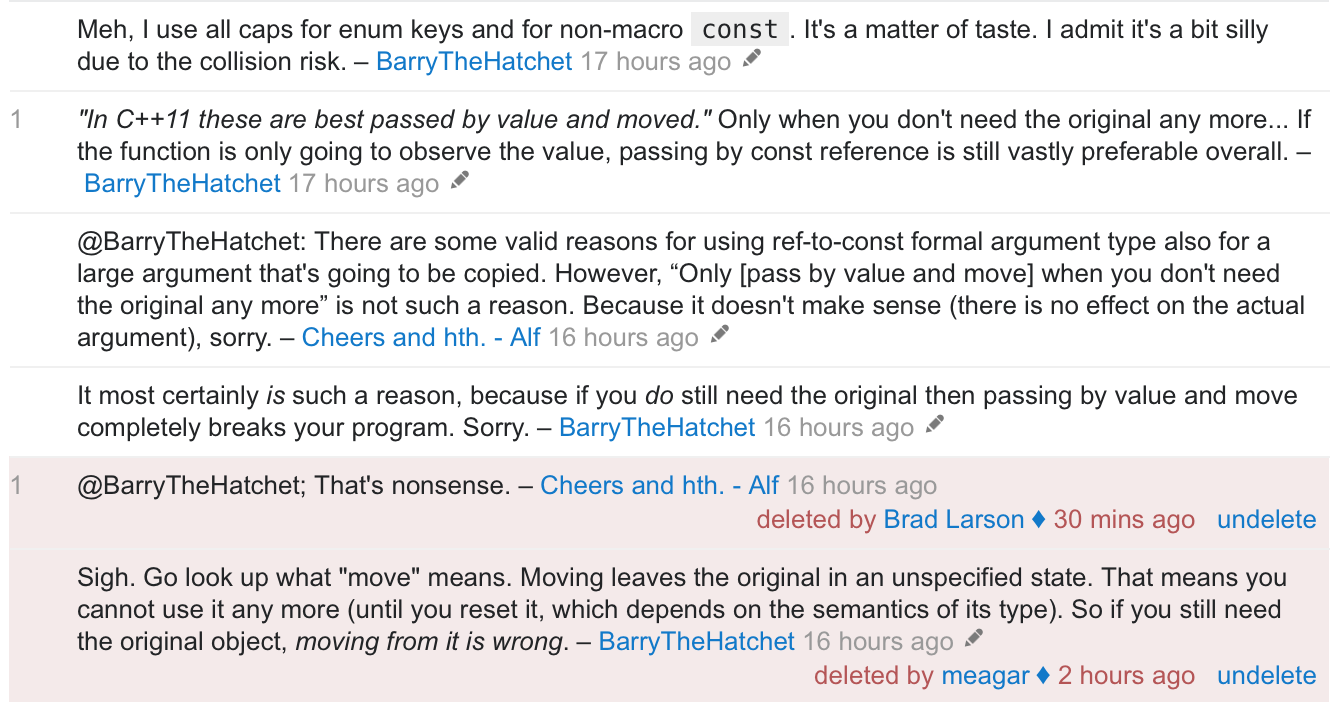 Everything seemed perfectly civil there until your "That's nonsense" comment, at which point things went downhill. Your flags on the other person's comments were declined, because we're not taking sides in a technical disagreement.

We did step in when you then left the comment

@BarryTheHatchet: You're talking nonsense. I've flagged your comments about moving as such (not constructive). Please don't introduce more noise. Thank you.

and deleted that because it wasn't helpful at all. You re-added that comment after we deleted it:

@BarryTheHatchet: I'm sorry, what you write does not make any sense. It's technobabble. To see that it's just dumb, try to create an example.

and we deleted it again. You added the comment yet again after that, which provoked a longer argument, so we tried to clean up all the comments after that, because things were no longer going in a good direction.

If you have a problem with the technical content of a comment, leave a polite comment that explains the problems with their response. Don't take it personally, and don't start a protracted argument in comments. If someone doesn't agree with you, and you've explained yourself to your best ability, it's time to walk away.