So while filling out the developer story, I ran into this issue:

I believe this is related to this.

Mentioning SQL in your list of technologies is different from tagging a question SQL, because the question may entirely depend on the server, while I think it's fair to say someone is proficient in SQL, rather than specifying exactly which database.

At the very least, we should be told why it's not allowed. I would imagine many people will run into this issue, without knowing why.

It also causes a separate issue I was having before (but wasn't able to figure out why). In the 'Personal Tech Stack' box, clicking submit would pause for a moment, and then 'unbox' each tag (without saving the changes): 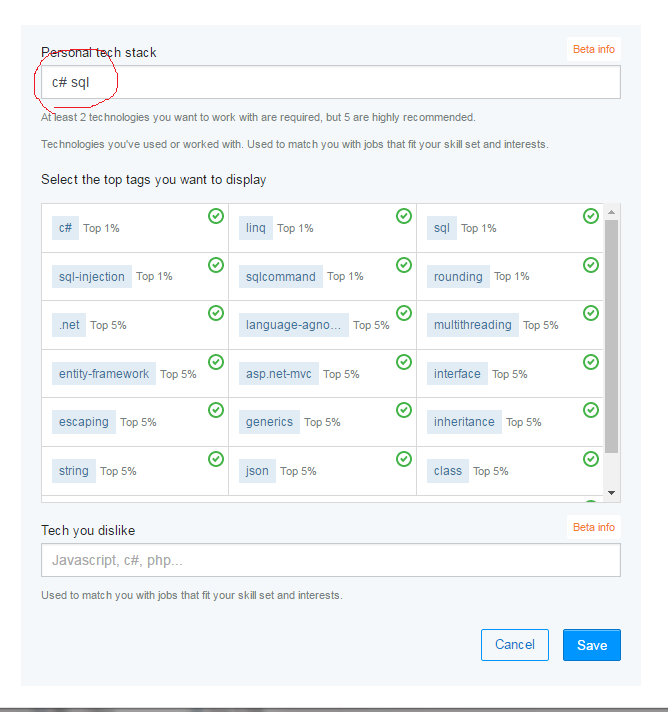 I gave up on trying to fill out my personal tech stack since it appeared to be completely broken and only just realised now it's caused by the sql tag. Also note that I am recommended to use the SQL tag, which further causes confusion.

82
Rename Developer Story "disliked" tags to something neutral
39
Why can neither mods nor CMs forcibly create synonyms from a big tag to a small tag?