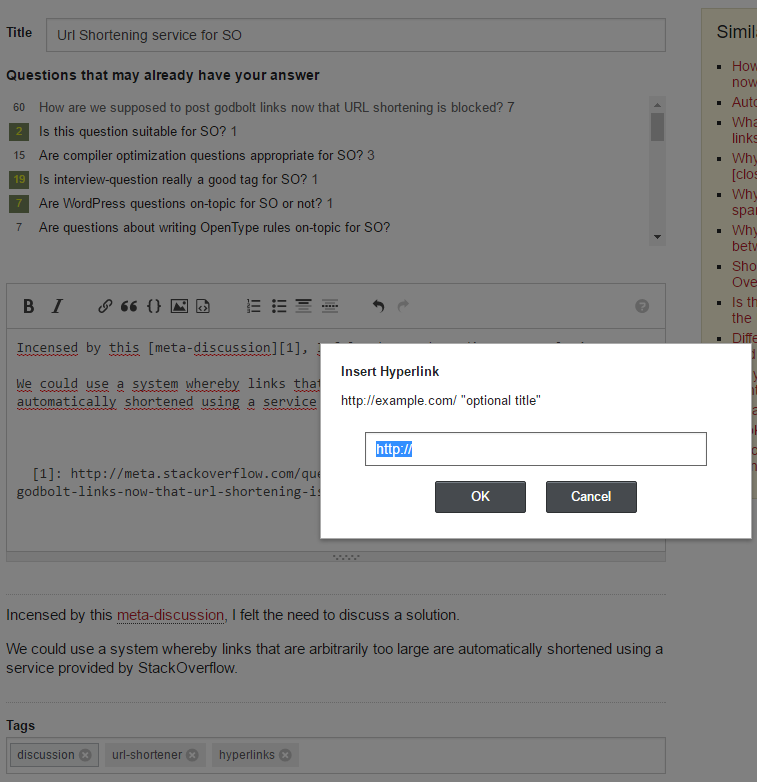 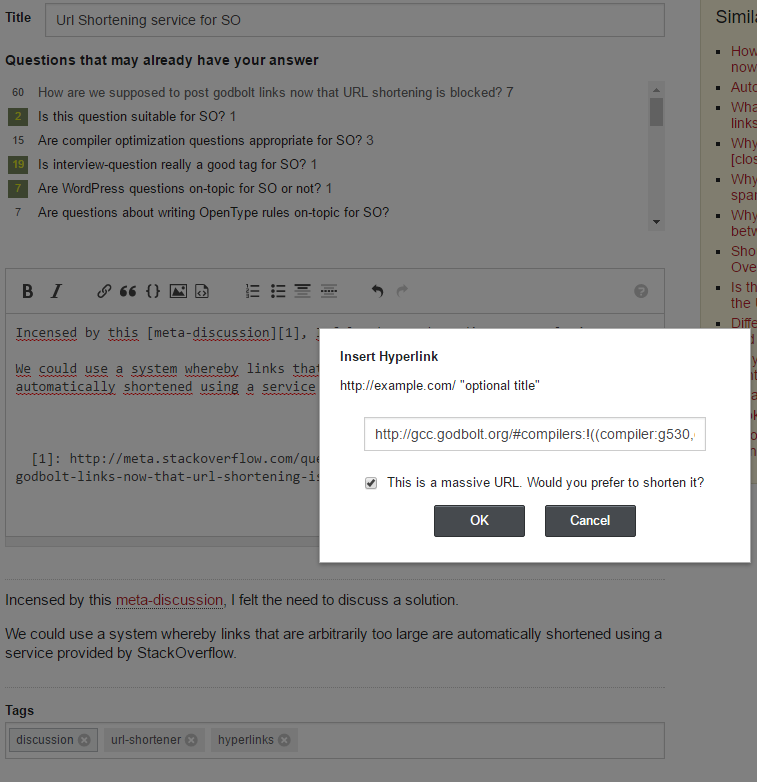 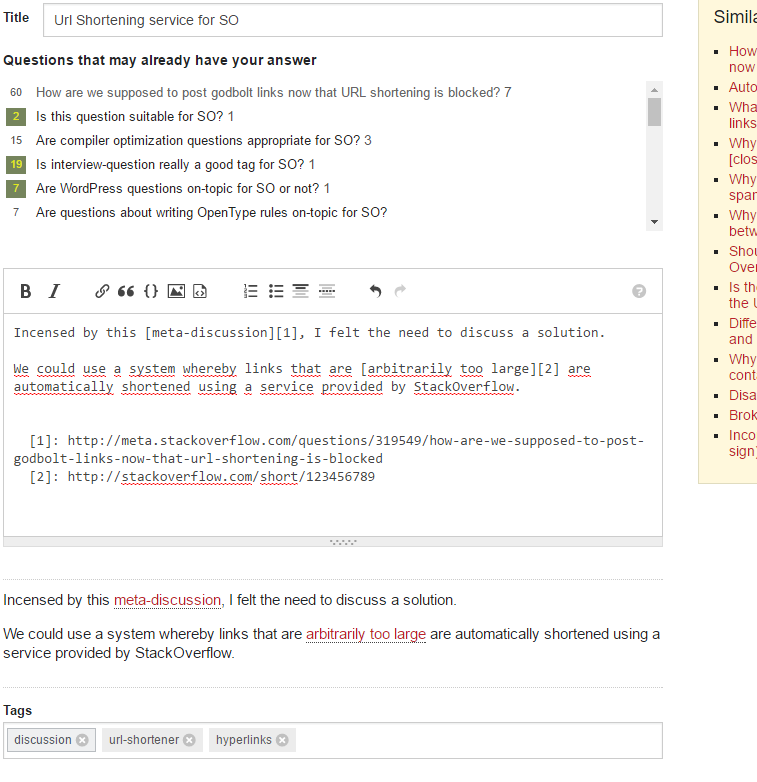 290
Blacklist the use of common link shorteners in posts
77
How are we supposed to post godbolt links now that URL shortening is blocked?

3
Find a better mechanism for Stack Exchange-facilitated recruitment attempts
77
How are we supposed to post godbolt links now that URL shortening is blocked?
127
Wikipedia like pop-over for Stack Overflow links