Why was this particular edit rejected?

The link is dead and I updated it using WayBackMachine, and it seems 3 out of 4 reviewers think the edit is "superfluous".

As several commenters have mentioned, the reviewers likely just viewed the Rendered Output from your edit which looks like this (image credit @Wai Ha Lee): 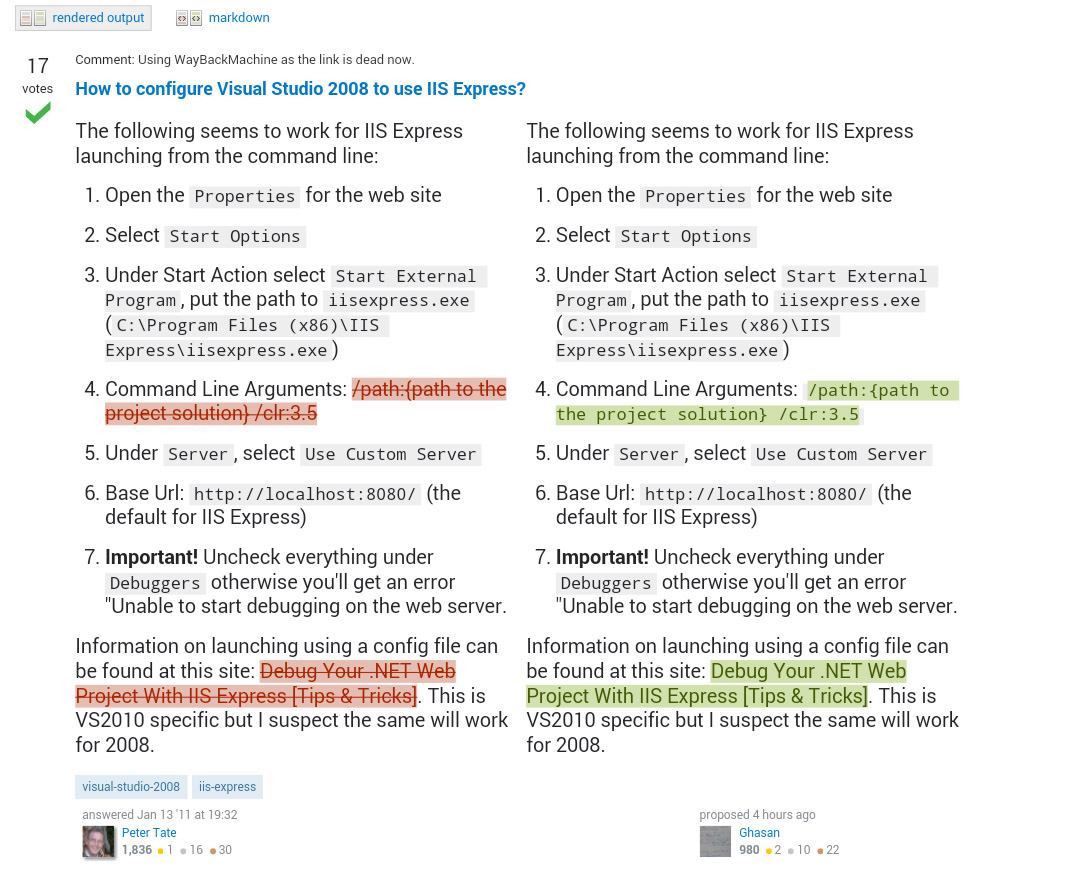 Which on the surface appears to be a superfluous edit; however, reviewers should consider at least 2 of the following:

Here they appear to have just viewed the rendered output, and paid your comment no attention (and weren't aware they could and/or couldn't be bothered to view the markdown).

As far as I'm concerned: you couldn't have done anything better! I don't think it's necessary / right to have to add "MAKE SURE YOU CHECK THE MARKDOWN VIEW" in your edit comment.

Not the answer you're looking for? Browse other questions tagged discussion rejected-edits specific-edit .