Assertion by an answers.microsoft.com moderator that SO is an "MS forum" [closed] 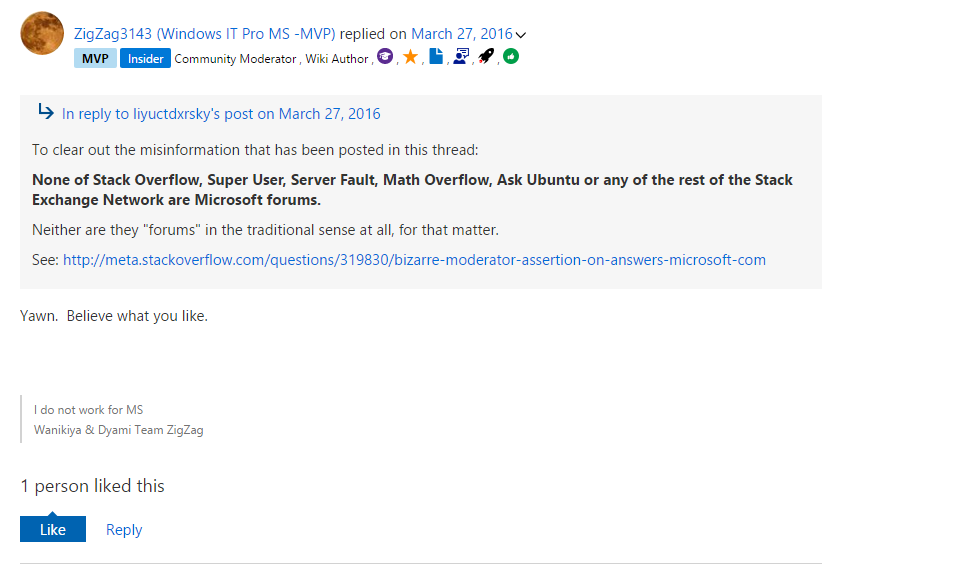