Is the Stack Overflow coffee cup coded in Java?

I recently received this lovely coffee mug as part of the 10M questions celebration. 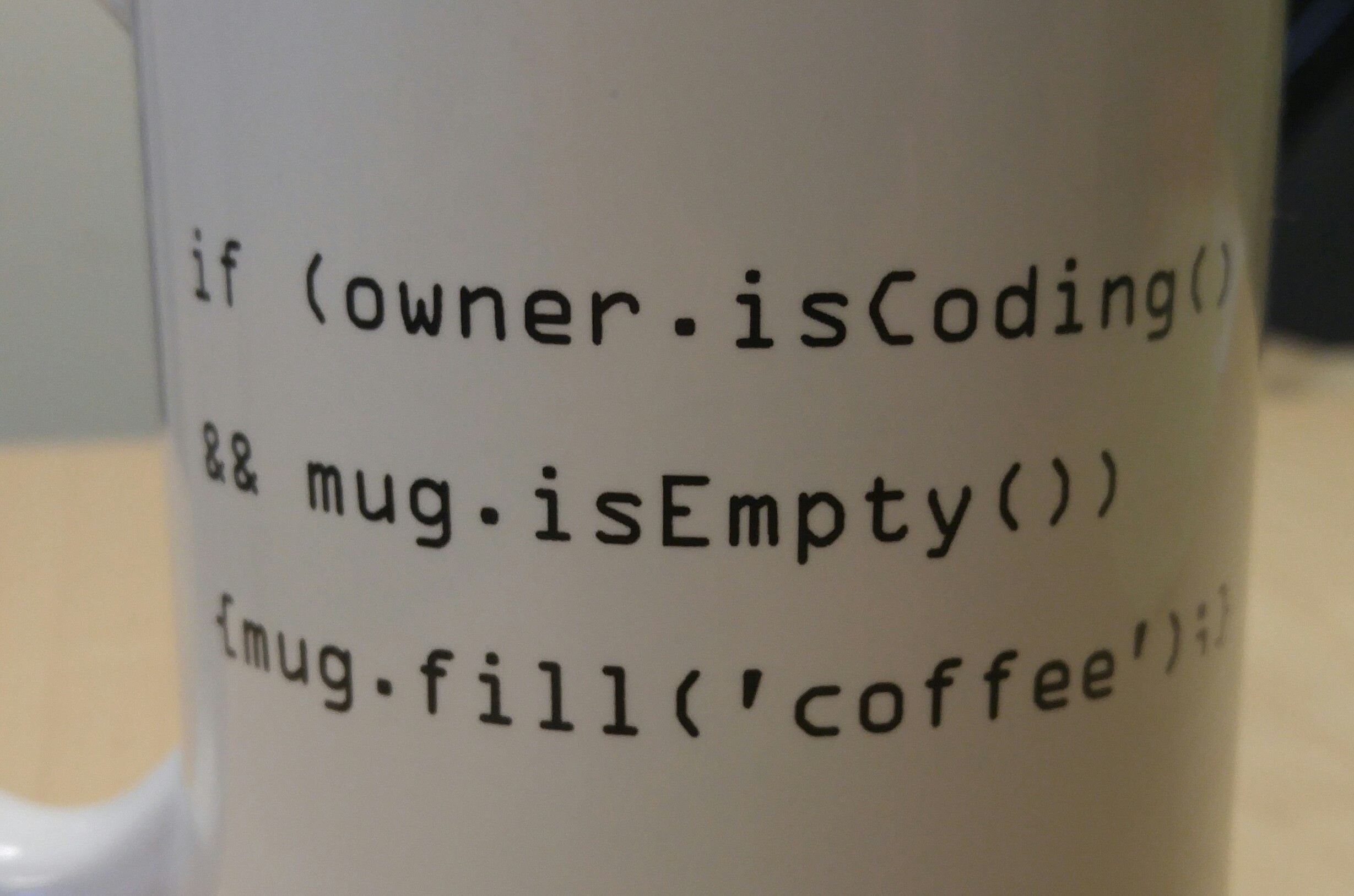 I'm not a Java programmer, but I'm guessing this is Java syntax and that this is something of a pun given that "Java" is a nickname for coffee, at least in dated American slang.

However, given that we don't see the class declarations for owner and mug, I'm guessing it could also be C++; perhaps it's deliberately ambiguous.

I like the mug but I sort of feel like a poseur carrying it around since I don't use either of these languages. So I would appreciate some info, particularly if there's an inside joke I'm not getting. Is there any significance in brackets being on the same line instead of:

(I understand there may be a line limit for the printable area on the mug.)

Congratulations on receiving your swag!

It is definitely not Java, as Java uses double quotes for string literals (single quotes are used for character literals). The same holds for C++. It could be JavaScript, though.

Code snippets (in tutorials, or in StackOverflow questions) don't always show the declarations, because they can be derived from the context. And they're probably too boring to print on a mug.

While the mug itself is not coded in Java, it can definitely be filled with Java.

It's not Java, it's our own language that we developed called Nij. And, I regret to inform you that we're recalling all mugs due to consumer safety concerns.

As you note, the mug has this line of code:

The more experienced of you will notice, no check is done to ensure owner is the expected type. While no incidents have been reported, the following scenarios might result in undefined mug behavior:

We urge everyone to drink with extreme caution while we work this out.

magic strings are a questionable pattern, I suggest returning an enum as in owner.beverageOfChoice. Be that as it may, 'coffee' works for me.

It may very well be Java, depending on how long it took for you to receive the mug.

It is not Java, but if you execute the script twice in a row, it will overflow with Java.