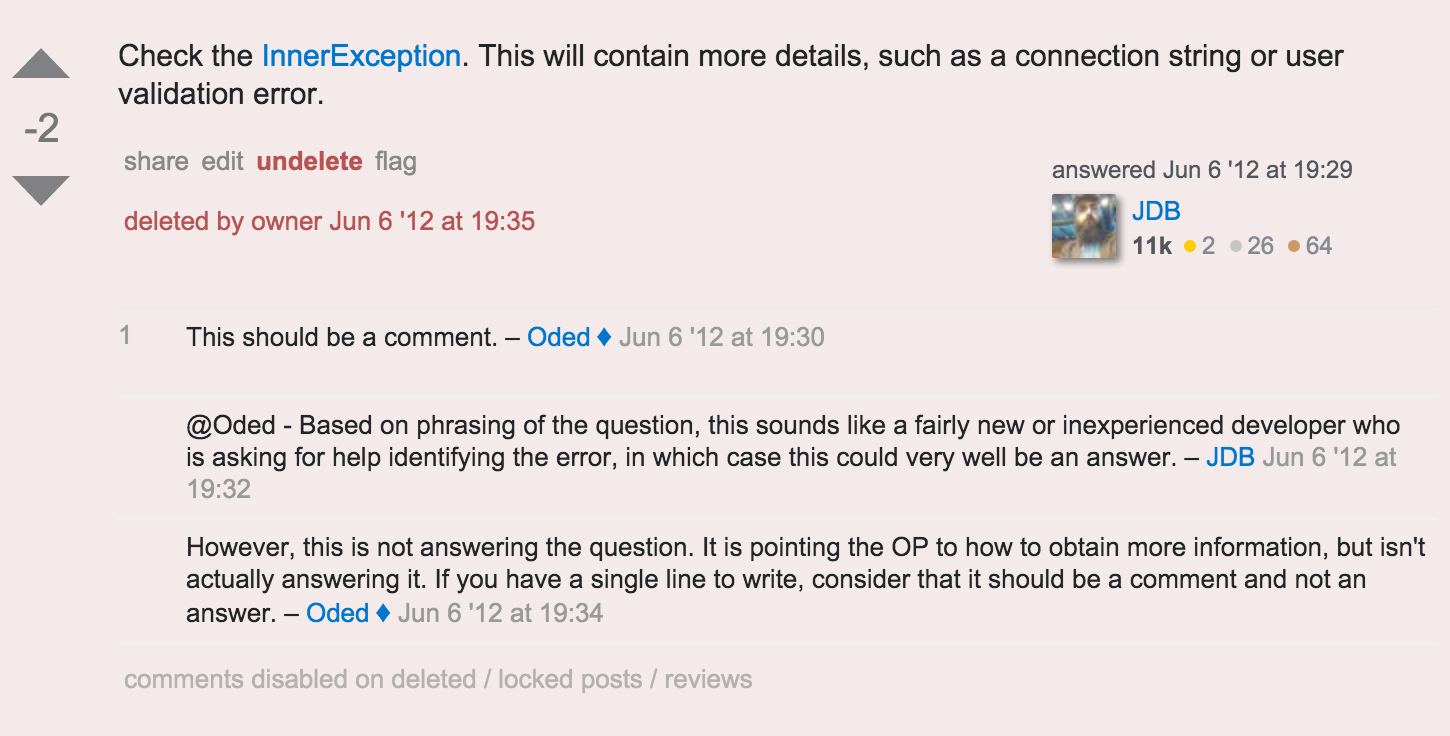 314
Negative question scores should be prefixed with a − (minus sign) instead of a - (hyphen)
105
Should we avoid rhetorical questions in answers?
93
Using NAA on jokes that make no attempt to answer the question
51
Is "very short answer" an answer or comment?
22
Is an answer that boils down to "Google this algorithm" acceptable on SO?
16
Is it possible to lose a badge once you earned it?
15
How strict is the review suspension system and can you object for this ban?
5
Please explain why this qualifies as an answer?
2
Change the "Looks OK" Text in the LQP Queue

9
Flag declined, but post deleted anyway?
6
"not an answer" flag declined
18
Can the text in the mod's canned response for declined NAA flags be changed?
13
Very low quality vs not an answer