I had recently figured out a way by accident to identify whether a post is an audit or not, in First Posts, or in any other review type which allows the reviewer to edit the post. Although, I could only identify poor quality posts which were deleted and placed in the review queue as an audit. I had come across an answer, which was a deleted post, but was used as an audit. It is: 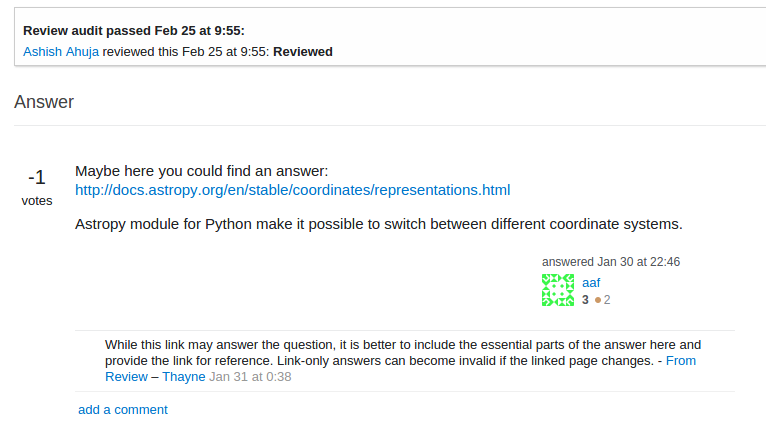 Here is a link to that audit. I was going to flag this, but before that I wanted to edit it. When I clicked on edit, A message popped up on the edit page, which said (I don't have a image):

This post is deleted and therefore cannot be edited.

This isn't the exact one, as I don't remember it properly, but it meant the same. Then I understood that this was an audit, and went back and flagged it. Thus, I passed the audit with flying-colours.

How to figure out if a First Post review is an audit or not?

It's simple. Click on the edit button, if the edit page gives a message that the post is deleted, then it's an audit. Otherwise not.

If you see above, anyone can find out whether a review is an audit or not.

I think that some change has to be done to the system of first post audits. Here is what I think:

For any audit, fake editing of the post should be allowed. Or in simple terms, audits should be allowed to be edited, but those edits are just fake. The system acts as if the user has actually made an edit.

That would be weird just to say, "Hey! The edit button might be a giveaway for audits!".

For one, if you are editing, flagging, etc., you should pass anyways as you are taking steps to ensure the post is in higher/acceptable quality. This means you are not robo-reviewing and a pass it shall be. But clicking that button just to see if it's an audit or not means you are afraid of not passing because of your dirty tricks. You should never be afraid of such audits if you know how to appropriately respond to any post, not just audits. Audits anyway, are: usually using undeleted posts and are to check if you are doing the right thing.

Thus this is unnecessary if you believe you are doing a good job of reviewing and are doing the right thing (not randomly clicking buttons) as audits are like normal review items: only with a slightly different job than you think.

Not the answer you're looking for? Browse other questions tagged feature-request bug review-audits disputed-review-audits first-post-review .

99
This review is obviously an audit. Is this a bug?