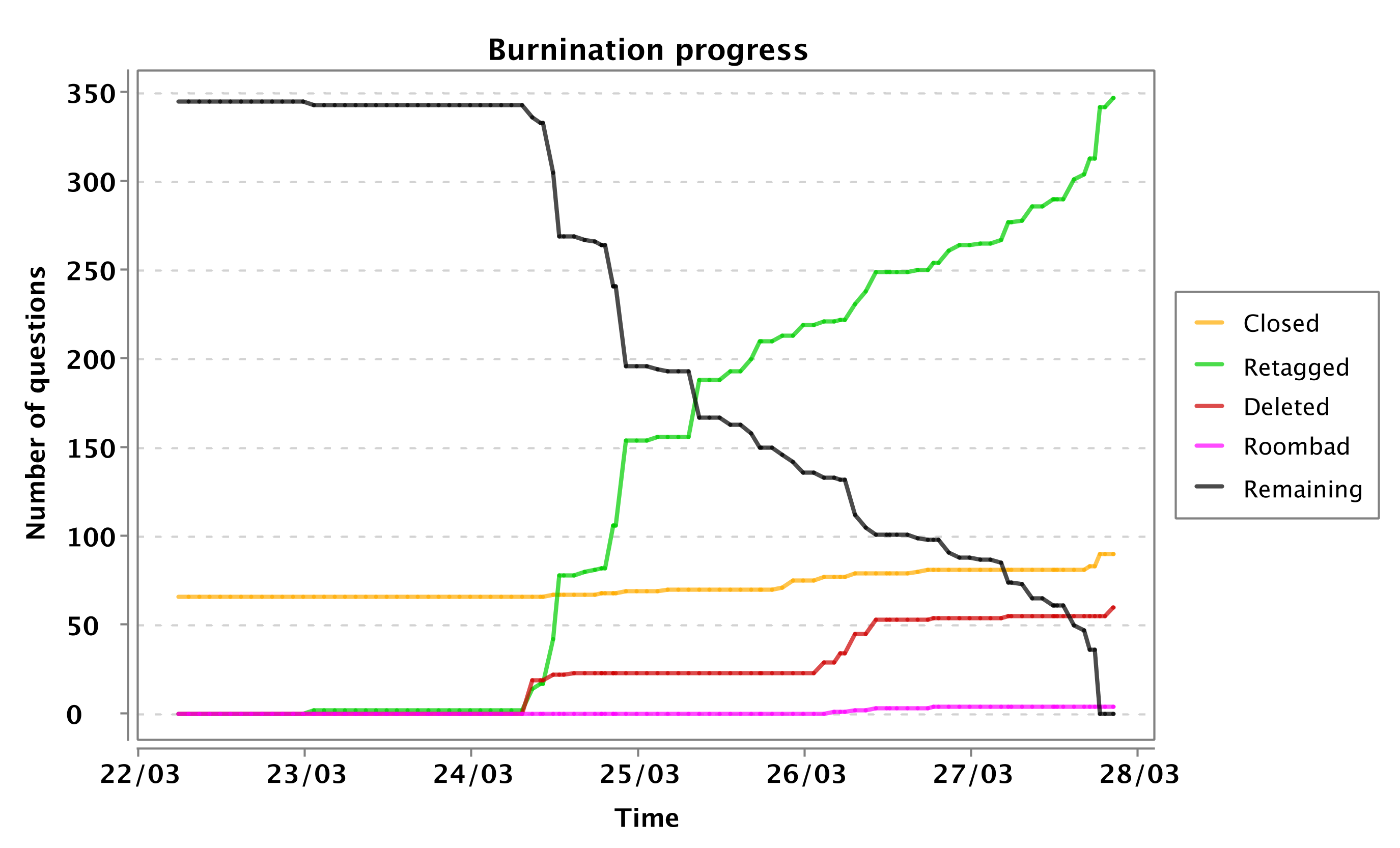 239
Clean-up by downvoting? A ridiculous user experience
55
We don't need your [approval] any more!
-3
Do we really need the [syntax] tag?
5
Should [retag-request] be split into [tag-rename-request]?