I was just going through my "review" queue on SO for close votes.

I came across a question which would have normally been left open, except I noticed a comment linking to a potential duplicate.

Original question: If user came from previous page on site then this, else do this
Proposed Duplicate: Get the referral url in javascript

The question itself was OK and the only close vote I saw for it was marked "Off Topic". I voted to close it as a duplicate. 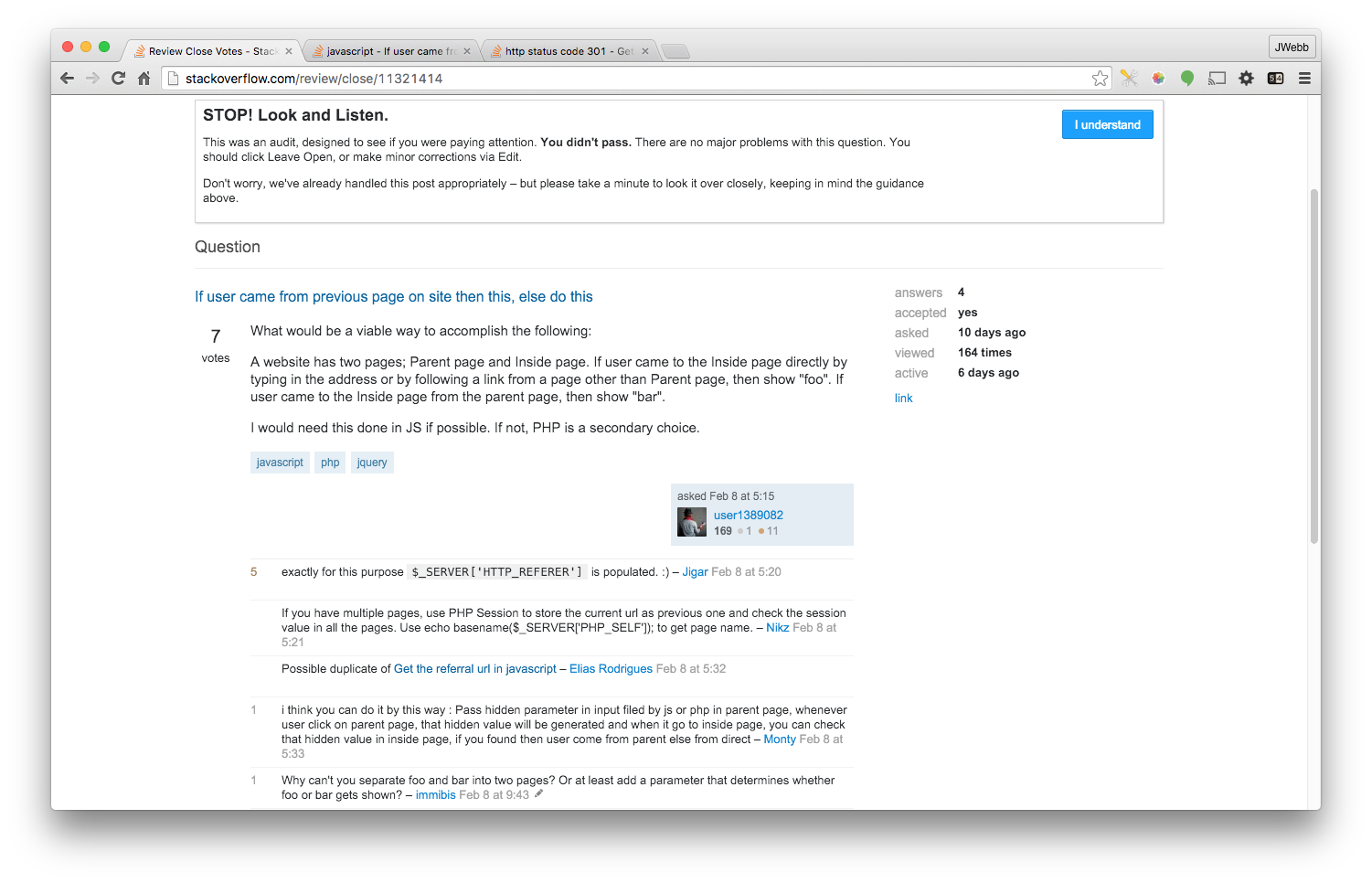 It turned out to be an audit question. And I failed.

This failure seemed like a false negative though; if I had voted the question was off-topic or whatever, I would have deserved the failure. But in my opinion, I properly voted it be closed as a duplicate.

I'm not entirely sure how the Audit system works (probably for the best), but It would be nice for it to be smarter about pass/fail. I would suggest that the algorithm takes into consideration what type of vote you cast. if it matches the existing fake votes, you should fail. If you vote for something new (not yet voted on), it would consider it a good vote and not pass or fail you.

For reference, here is the URL of the review: https://stackoverflow.com/review/close/11321414

5
Close Vote Review audit failed
49
I know this is an audit and it is bad. What should I do?