Why isn't there spell checking on the edit summary input?

While reviewing suggested edits I often see this an edit summary similar to this:

when I first saw it I thought it was an ironically amusing mistake, but now I've seen it so many times that I've started wondering if it's actually some kind of editor inside joke that I'm unaware of. (Sub-question: Is it?)

I wondered why someone who cared enough to edit things and thought they had mastered English well enough to edit other people's "grammer" wouldn't notice that they were misspelling a word. Out of curiosity, I entered it like that myself and noticed it wasn't spellchecked. For other inputs, (e.g. questions, comments) the browser spellcheck works and misspellings are marked, but they aren't in this one.

This is a pretty minor thing; I'm sure a lot of people just get used to ignoring the red underline anyway. I was just curious if anyone knew if this was by design, and if so, what its purpose was.

This happens in Firefox but not in Chrome.

This is a Firefox setting that you need to enable. By default, Firefox only checks multi-line textboxes.

You can adjust this by following these steps:

Other options that are available:

In Chrome this information is at:

And then check the Enable spell checking box 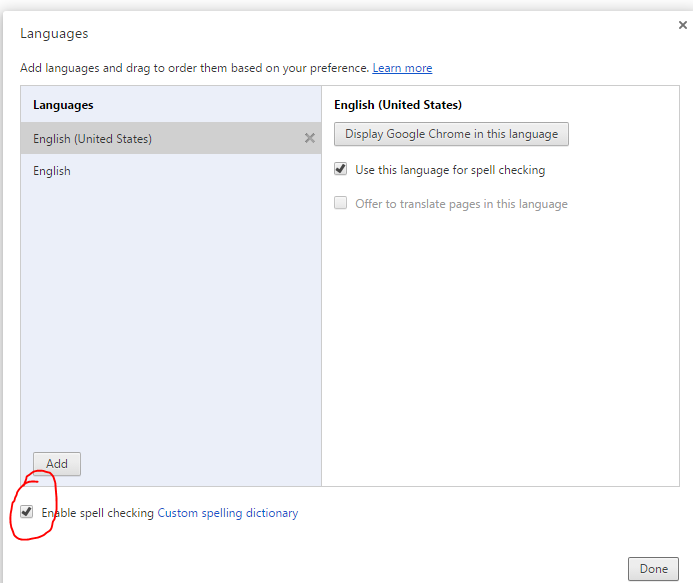 67
Edits which only change the edit summary should be accepted during grace period
3
Unable to update my Edit Summary
3
Is there a way to collect data about edit descriptions?
63
Reasonable suggested edit but inappropriate edit summary