In a chat room I recently got one issue as per the below image; 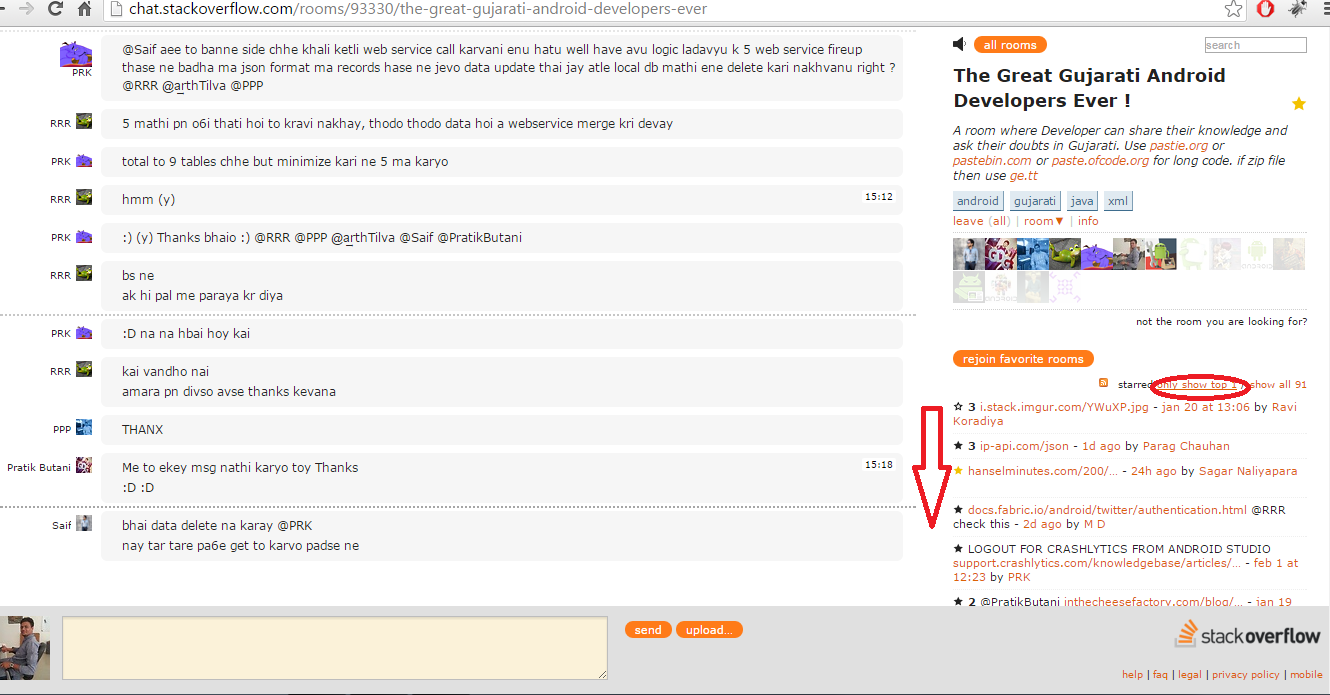 How does it work? If I supposed to see all the 9 starred at the same place?

55
Regarding the reputation criteria for chatting
23
Confusion over private chat groups
6
How is the invitation combo filled (made visible) in a specific users chat profile?